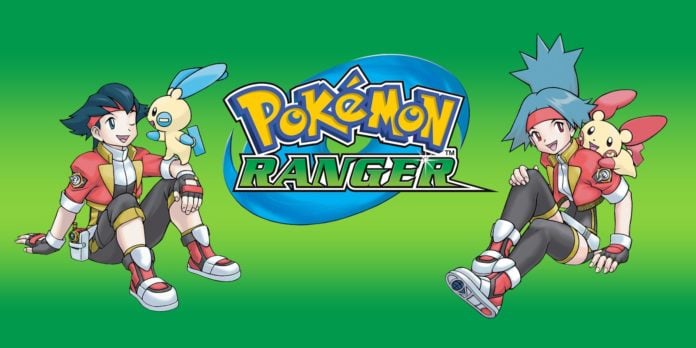 The following article is for a conceptual overhaul of the entire Pokémon GO game, and perhaps offers a middle ground for those who don’t want to stop spoofing.

DISCLAIMER: This article is 100% fan-created. It does not to depict actual gameplay modes being introduced into Pokémon GO.

My concept is for the current game to be re-branded as Pokémon GO: Trainer Edition. The core mechanics remain fundamentally unchanged — they focus on a trainer’s journey to travel, capture, raid and train.

A new mode of gameplay would then be introduced, branded as Pokémon GO: Ranger Edition, taking inspiration from the Pokémon Ranger games and their backstory in the lore of the franchise.

They are not Pokémon Trainers, as their goals and methods for interacting with Pokémon are very different. In some ways they are similar to Pokémon breeders. They harness the powers of certain Pokémon and utilize them to help defend nature.

They often have a device allowing them to temporarily control wild Pokémon; this device also allows them to scan Pokémon, check how healthy they are, and make sure that they are not being interfered with by outside forces.

The following video is a trailer for one of the Pokémon Ranger games released in 2008. Pay special attention to the capture mechanic about 20 seconds in, I will come back to that.

My aim is that the player can choose to play as either a Trainer or a Ranger: two game modes the same or different apps. Either way, the sign-in would be the same and the Pokédex Entries would carry over between the two game modes.

The Ranger is a support role for the Trainer. As they have the added benefit of traveling and interacting remotely with the Pokémon world, they sacrifice the ability to raid, battle gyms and hatch eggs.

So, how do we play? Let’s start with the basics!

Pokémon Ranger mode is intended to be played from a fixed location. As a Ranger, you have a very large area to cover and are reliant on drones to interact with the world around you.

The map you can see and traverse is determined by the current maps seen in game.

This gives a very large playing arena. Traveling to the perimeter will cause the drone to lose “signal” and return to home base.

Fuel is another factor to be considered, but fortunately the Photo Discs at Gyms and Stops will refuel your drone. Another option would be fuel cells, which could be purchased for Pokécoins or distilled from excess Berries.

By moving the drone with a joystick, you can traverse the map within “signal” range while your fuel holds out.

Fuel level is maxed at 100 Units, it will decrease by 1 unit for every 100m traveled and 5 units for every Pokemon interaction.

When exhausted, the drone will return to your real-life location automatically to recharge at a rate of 1 unit per minute.

Pokémon are found throughout the world, and can often get into trouble. To help them we can catch Pokémon temporarily by using a device called a “capture styler,” which is controlled by the drone.

Helping them in this fashion generates Type Energy. When we have charged up 100 energy, we can empower a Pokéstop or Gym which will give a temporary boost to that Pokémon’s type and moves.

Empowering a Gym with Rock Energy, for example, would give Rock Type Pokemon a 10% HP Boost, and apply a 10% damage bonus to Rock Type moves. Empowering a Stop with Rock Energy would act like a Rock-type Lure Module. This boost would apply to defending Pokemon as well as attackers and raid bosses, and would stack on top of weather and friendship boosts. Only one empowerment can be active at a time.

Rangers are not affiliated with Mystic, Valor or Instinct. They work for the good of all, however if you want to protect your gym and you happen to be holding it with a Blissey or Slaking, a Normal empowerment would be a good way to go. If you’re attacking said gym, then a Fighting empowerment would help.

When the drone is in range of a Pokémon, you can interact with it in the normal manner. The Stylus will launch and upon a successful capture, you gain Type Energy.

A tier 1 Pokémon, such as the Bidoof in the GIF below, would award 3 Type Energy, tier 2 would award 5 Energy and tier 3 would award 10.

By drawing circles around the Pokémon on your screen while it’s moving around, you complete the capture.

The Pokémon of course will be moving, in theory faster than current encounters. The smaller the circles drawn with the Pokémon contained the quicker the capture. If you don’t catch it within a timer, it flees.

What’s in it for the Trainer?

The primary award for this mechanism is Stardust; each successful capture generates the same amount of Stardust as a trainer, in addition to 1, 2 or 3 candy depending on the Tier. XP gain remains the same and your “Level” is the same across both Trainer and Ranger.

The incentive for farming in this way should be tapered somewhat by fuel and distance, while Berries and Event bonuses could be applied in the same way.

Medals can be applied for the number of locations empowered. Medals then reduce the number of circles required to capture the Pokémon, eventually unlocking Pokémon Ranger outfits for your avatar.

Is this even achievable?

I believe this is achievable, but perhaps only for Pokemon GO 2.0. While it does not support teleportation around the world, it does allow a form of support gameplay for those who would like to help with raids but cannot get out of the house (empowerment) or are looking to complete a Pokedex (stylus capture completes ‘dex entries)

Here’s to hoping that Niantic is listening. Expanding content beyond the current game can only enhance the overall experience for both the solo player and the overall community.