In Pokémon games, type effectiveness influences the damage of your Pokémon’s move, depending on the type of the attacking move, and the type(s) of the opposing Pokémon.

Type effectiveness in Pokémon GO corresponds to a specific modifier, which can have a positive or negative impact to the overall damage of the move. It is similar to the game Rock-Paper-Scissors, wherein each type has both type(s) that it is weak and strong against.

There are four types of effectiveness with its corresponding modifiers:

When a Defender has two types, it combines the effectiveness against both types. Multiplying both effectiveness modifiers of each type against the attacking type will determine the combined effectiveness of the move. Consider these scenarios when battling against Charizard, a Fire Flying Pokémon. 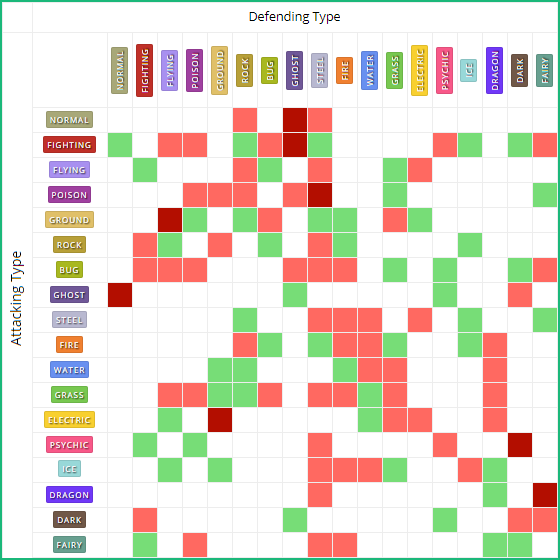