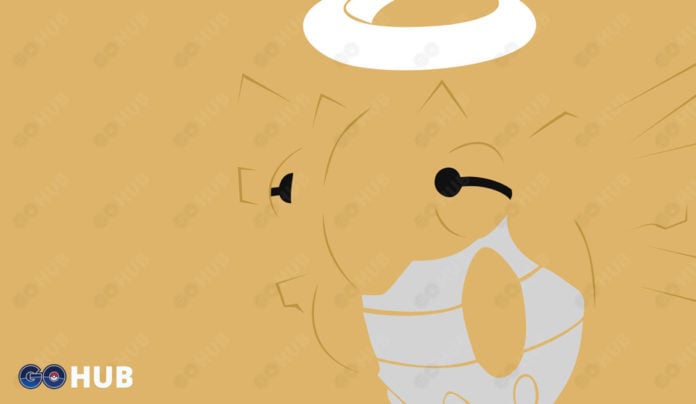 The Unreleased Pokémon of Gen III, IV and V

You know what they are. They are the empty spots in your Pokédex. I am not talking about the trio of Regi’s (who, at the time of writing, are unreleased). I am talking about the unique ones, with abilities and moves that are not currently in usage. Let’s dive right in!

Smeargle is our first case study. What makes Smeargle special is his use of the move ‘Sketch’. The use of this move allows Smeargle to permanently learn the most previously used move from the opponent, making his movepool far larger than the recently released mythical Pokémon, Mew. You want a Smeargle that knows Rock Throw and Fire Blast? Go for it. Maybe Iron Tail and Shadow Ball? Why-naut. The problem? There is no current way in Pokémon Go for that to happen, aside from giving it the move Sketch, and opening up the movepool to every single move currently available by use of Fast and Charge TM’s.

In addition, exclusive moves (like Venusaur with Frenzy Plant) would not be as exclusive if Smeargle ever sees release. To put it quite frankly, Smeargle’s stats are abysmal, lackluster, horrific, unsightly and just bad. Smeargle will never see any legitimate use in the meta. In fact, you’d be better off bringing a Blissey in most cases. You heard me. Bring. Blissey.

If Nincada and Ninjask were by themselves, they would have been released by now. However, Shedinja is what makes this nearly impossible. In the main series games (where abilities are in play), Shedinja was the only one to naturally possess the ability, Wonder Guard. Due to this ability, if an attacking move was not super-effective against Shedinja, it would do ZERO damage (allowing its ONE HP to be of some use). However, in Pokémon Go, that is not case. Any move in the Pokémon Go (regardless of type effectiveness in relation to the main games) will always deal ONE damage, even if the move has a damage power of zero. This is due to the “Floor()+1” section of the damage formula. Of course, Slaking’s ability, Truant, was substituted for a zero power fast move, paying tribute to it’s realistic use in the main series games. Likewise, Shedinja could just be the niche Pokémon with only one HP, making it nothing more than a Dex entry, and a useless Gym defender.

Our third case study is Spinda. Spinda has no unusual stats. It has no unique ability in the game, nor does it have any exclusive moves (Other Pokémon like Lilligant learn Teeter Dance, so Teeter Dance lost its status as an Exclusive Move). Spinda is not currently available in Pokémon Go because there is very little chance of one Spinda looking like another. Spinda has an astronomically high chance (around one in four billion, though realistic estimates are lower). It is purely a cosmetic-y technical decision that Spinda is not in the game (though a recent APK mine revealed there are eight different Spinda cosmetic assets lurking in the game data).

Our penultimate case study resides in Kecleon. There are two main reasons that Kecleon is currently unavailable in the game. The first is that it is invisible. Kecleon was able to be discovered in the main games due to the Hoenn Pokémon Champion, Steven, giving the player a Devon Scope (similar to the Silph Scope being used to see a Gastly in the first generation games). With the recent inclusion of Mew (and AR being used to catch it), this does pose much of a problem. The second issue it had a unique ability in Color Change, allowing it to transform into the type of move with which is was being attacked (If Vaporeon used Water Gun against a Kecleon, Kecleon would turn into a Water Type). It is unlikely that Niantic will pay tribute to such a weird ability, but one can hope (might make it quite the annoying gym defender!)

Our last case study has three Pokémon! Clamperl, Huntail, and Gorebyss all have the same reason for not being included in the game. They can only be found at the bottom of the ocean. Realistically, Niantic won’t make trainers go to the bottom of the Mariana Trench and hope there is a good spawn point. In addition, these Pokémon being released will likely see the release of two new evolutions items. Huntail will have Deep Sea Tooth and Gorebyss will have Deep Sea Scale. They will likely see a release in the future as a regular at a water biome. Of course, they might see a release in a future event! Only time can tell.