In order to participate in “A Colossal Discovery”, you need to purchase a special ticket (USD $7.99) from the in-game shop. The purchasable ticket gives you an opportunity to encounter Regigigas before it debuts in EX Raids later in November.

The list below does  not include all quests required to complete the quest line:

Hey there, %PLAYERNAME%. Good to see you again. Your research inspired me to do some more research of my own, and I think I’ve come across something…groundbreaking.
I was investigating the digging patterns of Diglett, and I wound up heading deep into a cave. Inside, I came across some unusual markings carved heavily into the cavern walls.  At first, I thought them to be random, but then I realized the carvings formed four unique patterns, each consisting of seven circles. These patterns look incredibly familiar, and I think we need to take a closer look at some Pokémon in particular.

Can I count on you to help me research some Rock-type Pokémon? I have a hunch that this will lead us to our first clue.

Simply amazing! The pattern on the Regirock you caught matches perfectly with the first pattern of carvings on the cave walls. This leads me to believe we should move our investigation to Ice-type Pokémon. I wonder if we’ll find another Pokémon that will help us solve this puzzle.

I have one in mind, but I don’t want to get ahead of myself! I’m sure with the help of an accomplished Trainer such as yourself, we’ll be on our way to figuring this out in no time.

As expected, Regice clearly has similar markings to the second carving I found in the cave.
I remember an ancient legend that told a story about a Colossal Pokémon. It’s said that it made Pokémon that looked like itself from a special ice mountain, rocks, and magma.

Could it be these Pokémon these patterns originate from? This is starting to get exciting, isn’t it? If the first two Pokémon were Regirock and Regice…then there’s only one left that we must research further.

Excellent work. I believe we’re going in the right direction. This could only mean one thing, %PLAYERNAME%. We’re close to coming across the Legendary Pokémon Regigigas! According to legend, this Pokémon towed continents with rope.

Maybe it can help move my research lab next time it gets stuck. Hahaha! Anyway…I have a feeling that once you fully document these amazing creatures, you’ll make a colossal discovery of your own.

Niantic will announce when the tickets go live on social media channels. Once announced, you can buy a ticket from the shop:

Tickets can be purchased once when they go live. The ticket sale lasts until Saturday, November 2, 2019, at 5:00 p.m. in your local time zone. After buying the ticket, you must open Pokémon GO during the event (Saturday, November 2, 2019) from 11:00 a.m. to 7:00 p.m. receive the Special Research titled “A Colossal Discovery”. These times are in your local time zone as well. Once you get the quest line you can start progressing it immediately, but check out our Strategy Guide for a few tips and tricks.

Ticket holders can complete the event even after it ends, but Niantic is suggesting to complete it inside official event times for “an optimal gameplay experience”. Again, check the Strategy Guide section below for more information. 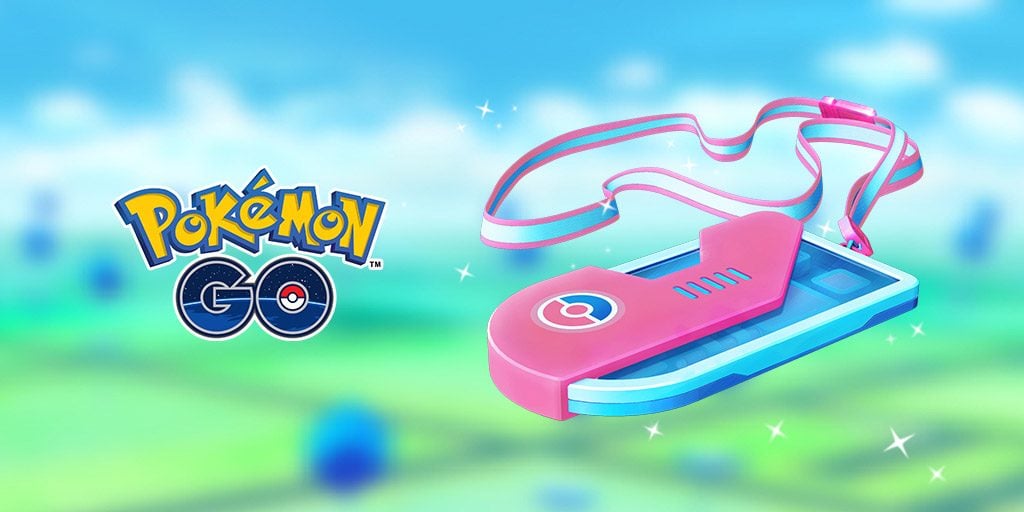 As already mentioned above, purchasing the ticket for A Colossal Discovery Special Research will grant you the following rewards:

Remember that you need to open Pokemon GO on Saturday, November 2, 2019, from 11:00 a.m. to 7:00 p.m in your local time zone in order to initially receive the Special Research.

Why should I finish the quest line before November 4?

Once you receive the Special Research on November 2, you will be able to finish it at any time. However, Niantic recommends trying your best to complete the research on Saturday, November 2, 2019, from 11:00 a.m. to 7:00 p.m. in your local time zone. Why? It’s simple!

In order to complete the quest line, you will need to catch Regirock, Regice, and Registeel. The Regis are available until November 4, 2019, 1:00 p.m. PDT.

Are the Regis the only raid I need to do?

No, the Regis are not the only raid you will have to complete during the quest line. Judging by the number of free raid passes and the official announcement, be prepared to take on a lot of Raid Battles in order to complete full Special Research.

Our suggestion is to group up with local players and plan to play in an area with enough Gyms. We suggest having groups of 5-6 players in order to easily defeat the legendary Titans raids. Expect to complete up to 10 raids during the quest line.

Niantic is giving 10 free raid passes for the event, which hints the number of raids you’ll need to complete. We know that 3 passes will be spent on Regis, which leaves 7 unclaimed tickets.

Okay, this makes sense. So how would you do this, Mr. Go Hub?

What if someone messes up and shows up late? Well, we expect the first few stages to be quick and painless. Wait for them and continue together. As event organizers, take great care that everyone has collected the exclusive medal and that they have received the quest line.

Sounds reasonable, but what if someone bugs out and doesn’t get the quest line?

Easy! Write to Niantic Support immediately and press them hard until you get the quest line. Afterwards, do a makeup event as soon as possible, preferably November 3.

These should be the first weekend in November, Saturday, Sunday and Monday.

The ticketed event is definitely an interesting experiment. Having access to the exclusive quest line should be a strong incentive to purchase and experience it. The Colossal Discovery medal and avatar pose are also appreciated. This could also be the only opportunity to obtain a Level 15 Regigigas as well. We recommend buying the ticket, at the very least to see how it goes. If it turns out to be a terrible quest line, at least we know for the future. If it turns out to be great, awesome!