Pokémon that evolve into fast Pokémon will appear more frequently in the wild. Unique Field Research will be available for Trainers to complete throughout the day.

Unable to attend the festivities in Montreal? Fear not, Trainers across Canada may encounter many of the Pokémon featured at the Safari Zone. In addition, Yanma will appear more frequently globally! We have no idea if it will be shiny or not, but we find it very curious that Yanma is featured so prominently.

The following “speedy” Pokemon will be featured at Montreal Safari Zone:

Parc Jean-Drapeau is located along the historic Circuit Gilles Villeneuve where the Formula 1 Canadian Grand Prix is held, which perfectly explains the assortment of featured Pokemon at the event. We prepared a handy screenshot that shows a map of the area where Canada Safari Zone takes place: 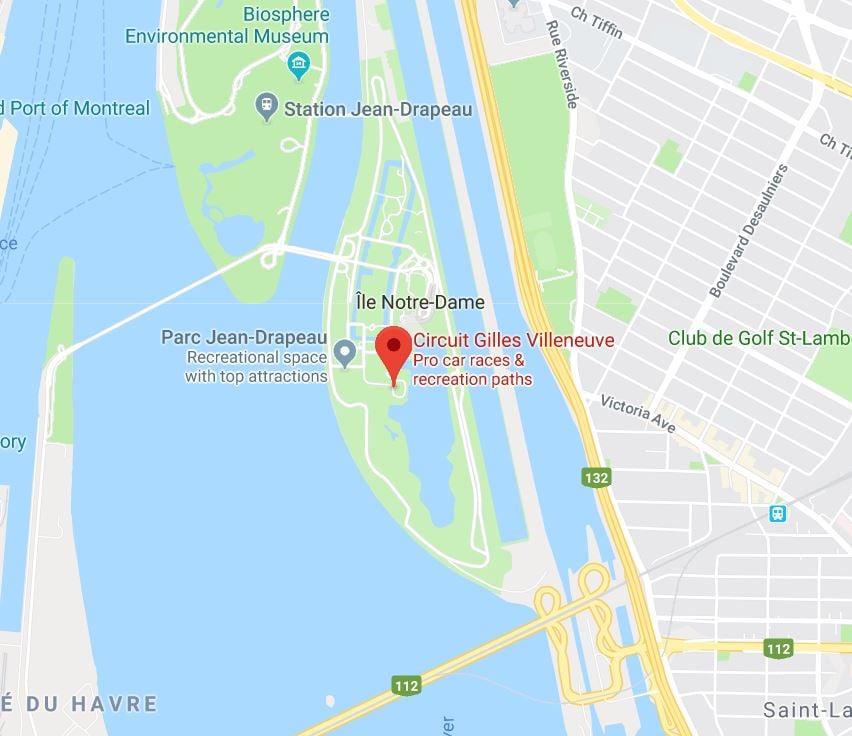 The park is comprised of two islands, Saint Helen’s Island and the artificial Notre Dame Island. Both islands are surrounded by the Saint Lawrence River.

We found an incredible flyover video that showcases how the park looks like from above. The footage is quite stunning and we think that this Safari Zone is going to be a smash hit! Parc Jean Drapeau is sprawling with passageways that intersect with water beds and the occasional modernist iron monument, making for an interesting walk no matter which direction you take. The absolutely massive “sphere” is actually called Montreal Biosphere and it was constructed for Expo 67, the 1967’s World Fair.

Tips for traveling to Montreal

For more tips, we suggest you read The Blonde Abroad Ultimate Guide to Montreal. It’s massive, but it’s great.

We humbly recommend these power banks from Anker and themed hats as great companions for your Montreal Safari Zone adventure. These links lead to Amazon with our referral link, so we’ll get a small kickback if you buy them through us. Don’t buy them if you already have one tho:

Anker PowerCore Lite 20000mAh is currently significantly discounted and costs less than $40 USD, which is an absolute steal for a 20000mAh power bank. The only problem is that it comes with a Micro USB cable for charging, which means you need to buy a USB C / Lightning cable separately. Great deal, regardless!

Anker Powercore II 10000 is not necessarily cheaper, but it is much more portable than the 20000mAh version. Weighing in at 190 grams, it’s half the weight of its larger sibling, but packs half the charge as well. As someone who has this power bank, I can only say good things about it. It has never ran out, it loses barely any charge when not in use and the charging speed is respectable. I’ve used it in all weather conditions and in various different places, it’s a great compact companion.

A cool looking Pokemon cap or a hat is one a must at these events, as it helps you to avoid sunburns and lets you play for a longer time. We don’t have any favorites, but there’s an insane selection of cool items on Amazon!