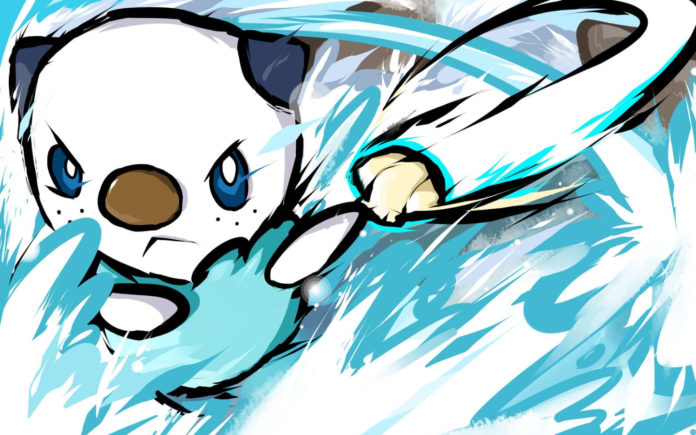 Shiny Oshawott will be released, and Samurott evolved during the event will know Hydro Cannon Water. Additionally, Samurott will be able to learn Razor Shell Water, even after the event ends.

You can learn more about Community Day Samurott (plus Razor Shell!) in our article here. 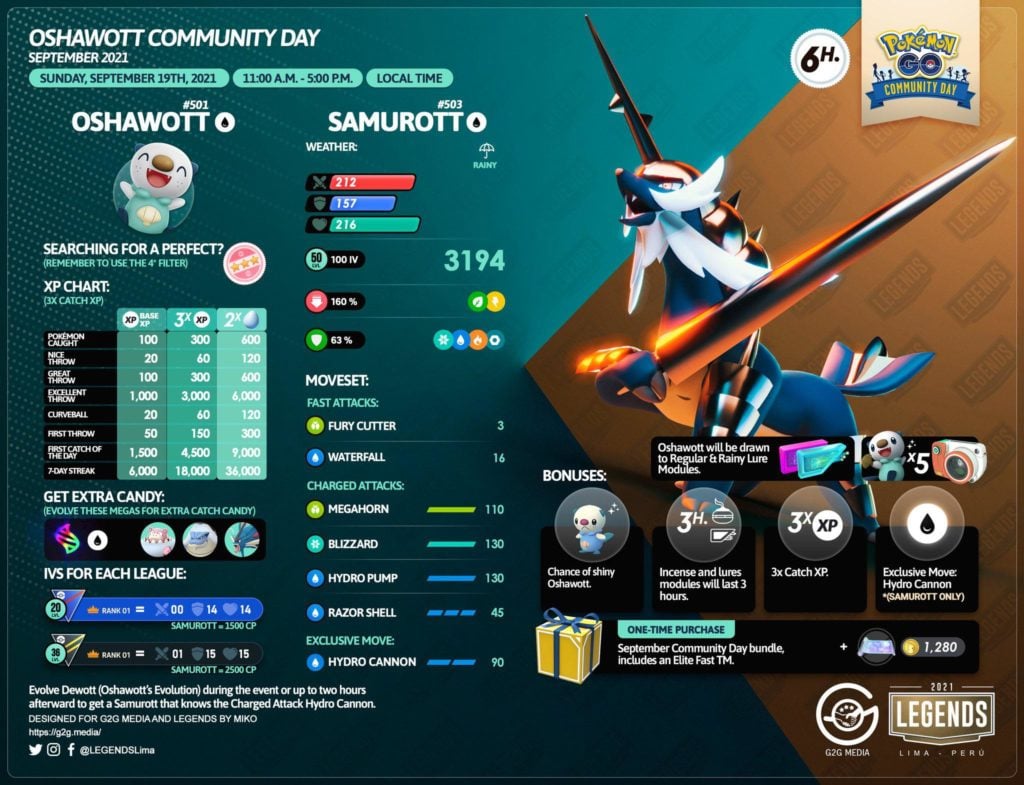 Oshawott will be appearing everywhere:

For US$1.00 (or the equivalent pricing tier in your local currency), you’ll be able to access the Oshawott Community Day–exclusive Special Research story, “From Scalchops to Seamitars”. This Special Research will include a Rainy Lure Module as one of its rewards.

Tickets are nonrefundable (subject to applicable law and the exceptions set forth in the Terms of Service). Please note that this Special Research will not include an in-game medal. 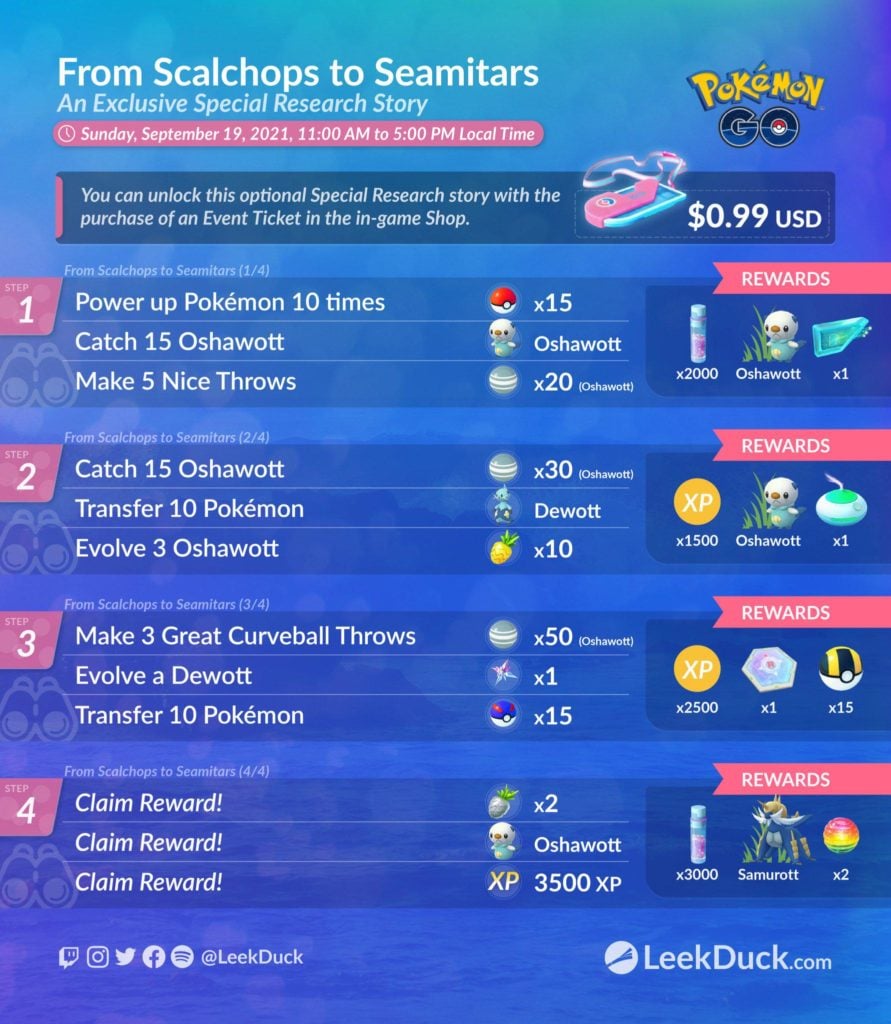