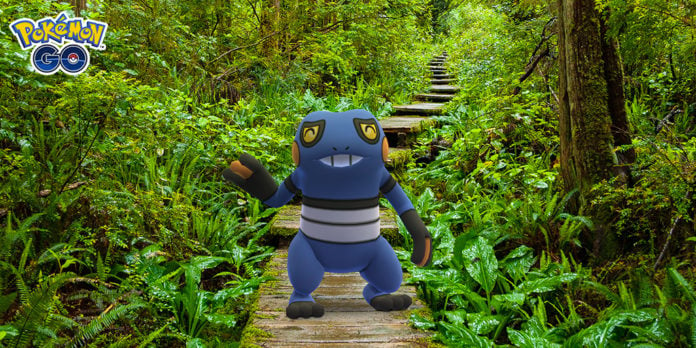 April Fool’s Day this year brings a return to the Tricky Pokémon event. Previous years have seen April Fool’s Day bring with it 8-bit sprites, photobombs, increased Ditto activity and Pokémon with a reputation for misbehaviour, and this year looks to bring much of the same.

Trainers, The Tricky Pokémon event is back, and mischievous Pokémon seem to be causing more trouble than usual! Throughout Thursday, April 1, 2021, Pokémon prone to mischief will be appearing more often in the wild—some of them may even be Ditto in disguise! Some of them appear to be causing trouble for Team GO Rocket, too, so it’s the perfect time to complete Team GO Rocket Timed Research and rescue Shadow Zapdos from Giovanni’s clutches!

Pokémon prone to mischief—like Aipom, Croagunk, and Purrloin—will be appearing more often in the wild!

Ditto will be appearing more frequently in the wild during the event, so be sure to catch Pokémon that Ditto are known to transform into! Ditto will be transforming from more Pokémon species than before, including Purrloin, and this will continue after the event concludes. There is no mention of shiny Ditto in the Niantic blog post, so we cannot say if it will be available during this event.

Sources tell us that Team GO Rocket Grunts will only have Shadow Aipom on their teams during the event. They thought catching Aipom would put a stop to their pranks—but how wrong they were!

Team GO Rocket will be appearing more often at PokéStops and in balloons.

The Team GO Rocket Timed Research launching during this event will be available from Thursday, April 1, 2021, at 12:00 a.m. to Thursday, April 8, 2021, at 11:59 p.m. local time. Complete it within that time to earn a Super Rocket Radar and other rewards.

This Timed Research will help you rescue Shadow Zapdos from Giovanni.

The switch timer in the GO Battle League will be cut in half! Could this be more Pokémon mischief at work?

Take a few snapshots for a surprise!

With no announcement of a new shiny Pokémon released, there are still plenty to hunt during this event!