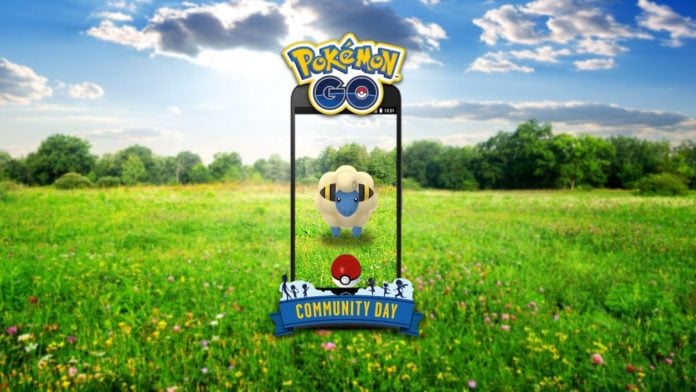 Here we will take a look at the possible moves Mareep’s evolution could obtain, and what it could mean in its performance of the Meta-game. We will filter out its possible moves until coming to a conclusion on what we can expect.

In order to figure this out, we will use the the criteria established in our former article, Community Day: How to Predict Exclusive Moves. If you would like to take a shot at predicting Mareep’s Exclusive Move, feel free to tell us what you found in the comments below!

Like previously established, Special (Gift) moves appear to take a first priority when it comes to the selection of CDEM (Community Day Exclusive Moves), the only issue with this however is that Ampharos does not appear to have any Special (Gift) Move, meaning that there are no leads to go on here.

Similarly as Special (Gift) Moves, Ampharos does not have a signature move, appearing to most likely take a second priority, the unavailablaity of a Signature Move forces us to analyze the last most likely move type for Ampharos, Tutor Moves.

If we take a look at Ampharos and its available tutor moves, we can see it has many options. However, how can we possibly figure out its possible CDEM if there are so many to choose from? Below is a list of available Tutor Moves as of Generation 7.

As of right now, there are no moves in Pokemon GO meant for the direct use of status effects or for health regeneration, thus we must remove these moves from the available tutor moves. This also includes moves that are based on effecting the order of turns in battle or moves that require status effects to be present to work (such as Snore).

The name may not make sense, but if we compare Mareep’s Community Day with Dratini’s and Bulbasaur’s, we can see that there is a clear connection to the its Exclusive Move and the fact that the move was available as a Tutor Move for the Pokémon ever since Generation 4 (of the main series games), meaning that most likely, Mareep’s CDEM will be a move it has been able to learn since Generation 4 until Generation 7. These are those moves which have been passed over from Generation to Generation.

Now that we have been able to narrow down the selection, it is time to prioritize these moves in the order of the effectiveness towards Ampharos and its performance in the meta.

When comparing all of the probable moves, Outrage Dragon appears to be Ampharos’s best option, causing a DPE (Total Damage per energy cycle) of 220 compared to Ampharos’s current best Charged Move, Zap Cannon Electric which only offers a DPE of 140.

In the case scenario that Ampharos does learn Outrage for its CDEM, it should truly change the way it is played in the meta, immediately becoming a top gym defender and attacker. If this occurs, we should expect to see Ampharos used as an easy go-to for many Trainers.

Although Fire Punch Fire doesn’t pack as much of a punch as Outrage Dragon, it can still make Ampharos a game-changer. Fire Punch Fire has a DPE of 165, which on its own may not seem like much but when compared to Ampharos’s Zap Cannon Electric, it is still a step-up.

Signal Beam Bug may seem like the unlikeliest contender here, but if we really pay attention to its use in the meta, it might make Ampharos a bit more useful. Signal Beam Bug has a DPE of 150 which is only slightly higher than Zap Cannon Electric which only holds a DPE of 140.

Even though many Trainers would hate the thought of a Signal Beam Bug Ampharos, stats wise, it makes sense. Using Signal Beam Bug would turn Ampharos into a great Psychic and Dark counter, being a wondeful option at your next EX Raid or to deal with Alakazam in gyms. Do not underestimate Signal Beam.

Although we can make an educated prediction, there are still some things we have to leave you with to consider:

If you would like to learn how we predicted these moves, or how you could predict your own, take a look at our article on Community Day: How to Predict Exclusive Moves, which we will be updating more as changes are made to the way Niantic selects Community Day Exclusive Moves.

What move do you expect to be Mareep’s Exclusive move this Community Day? Leave us a comment with what you would like to see!