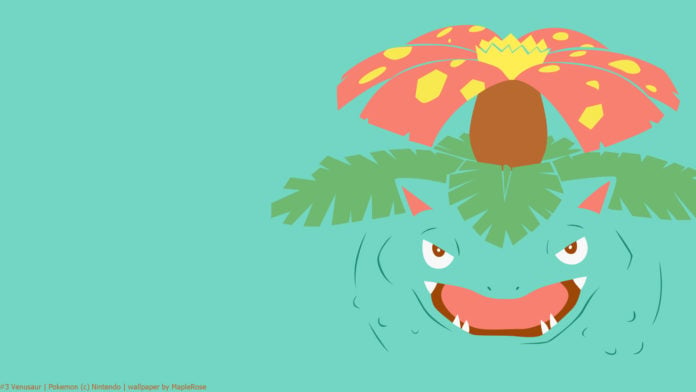 Best Venusaur counters are strong Psychic and Fire Pokemon, like Mewtwo, Moltres, Chandelure, Heatran and Metagross. Venusaur is one of the oldest Tier 4 Raid Bosses, with a Boss CP of 28861 and a Max Capture CP of:

Do not underestimate it, trainers! In order to successfully defeat it, a minimum group size of 3 or 4 people is recommended, even though it could be done with less people depending on the trainer levels, the max CP of their attackers and the attacking movesets.

Venusaur is often underestimated but it can be a tough Raid Boss to defeat. Dodging every move can be very difficult, since no flash animation appears on screen and it can also reduce the chances of defeating it if the timer reaches zero before defeating it.

Movesets are extremely important, as well as type effectiveness and resistances. Keep an eye on the type charts, trainers!

Do not try to fight it if the group size is less than 5 or 6, unless all your attackers are almost maxed out and your trainer level is very high.

Venusaur is not only a great Pokémon with a good variety of movesets to add to your Pokédex collection, but also a great addition to your attacking lineup against other Tier 3 and 4 Raid Bosses, such as:

It can be really difficult to catch, since its catch rate is very low. Aim carefully and try to use Golden Razz Berries if needed. Good luck on catching it, trainers!