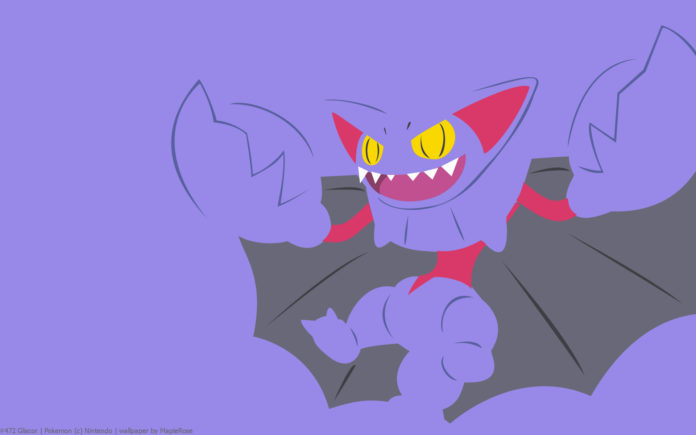 Pokémon GO Gliscor is a Ground and Flying type Pokemon. Gliscor has a MAX CP of 2602, paired with an ATK of 185, DEF of 248 and STA of 150, which puts it as the fifth-best defending Ground or Flying type in the game behind Steelix, Onix, Mantine and Skarmory.

Gliscor evolves from the previously introduced Pokémon Gligar, a Pokémon released in Generation 2. Gliscor will likely take 50 candies to evolve but in the main series Pokemon games, it required leveling up a Gligar during the night whilst holding a Razor Fang.

This means that we are currently unsure of its exact evolution method as certain Pokemon that required items (Flareon, Vaporeon & Jolteon) had alternative methods to evolve in Pokemon Go.

Gliscor in the Meta

Rhyperior will be the best Ground type attacker in the game the second gen 4 releases and Garchomp will become the second best, but Gliscor will be pushed way down the list, being overtaken by Pokemon such as Torterra for its Ground typing and Yanmega for Flying. Gliscor will have the fifth-highest Defense stat among all of the Ground and Flying types up till this point.

In this chart, we will look at its viability as a Ground & Flying type Pokémon and how it sizes up to some of the other popularGround types in the game.

Overall, the Ground types sport a fairly high CP with solid stat distribution (although, there are a few which are lacking in the Stamina stat department), which highlights Gliscor’s weak points even more.

In terms of Attack, Gliscor has a one of the lowers stats of all Ground types, even lower than unpopular Bug types such as Beautifly and Masquerain. Gliscor somewhat makes for this with the fifth-highest Defense (248!) stat amongst the similar typed Pokémon.

Obviously, Gliscor can only be seriously considered as a Gym Defender.

Though there is no way to know for sure what moves Gliscor will have, we can look at its main series move pool, as well as the moves other high end Ground & Flying types already have access to, and we can compile a list of possible move sets for it:

The chart below will help you visualize what weather is beneficial or harmful for Gliscor.

It is unknown when shiny Gliscor will be available, as shiny Gligar is not currently in the game. However, it has a light blue skin and yellow eyes.

Gliscor’s Pokedex entries from various games definitely give insight as why it is called the “Fang Scorpion” Pokémon.