Absol is one of the first Generation 3 Raid Bosses to be introduced. A Shiny Absol can be caught in the raid capture encounter. Absol can be soloed or alternativly 2-3 Trainers in with some of the counters below should be able to beat it.

Absol is a dark type with weakness to bug, fairy and fighting type moves.

As mentioned in the intro, the best Absol counters are strong Fighting, Fairy and Bug Pokemon. Your move set of choice is Counter Fighting and Dynamic Punch Fighting, or anything with Charm Fairy.

During the Pokemon GO July Move Re-Balance: Biggest PvE Winners, several Fairy types were given access to Charm, which improved their performance versus Absol significantly, pushing them into top 10 counters, above Pinsir, Scizor and other Bug types.

Given Absol’s move pool, we’ve decided not to include a Mewtwo with Focus Blast fighting in the list. First of all, you don’t need that Mewtwo in your life. Second, there are so many viable options in the underused tier that re-rolling a Mewtwo into Focus Blast is absurd. Third, do you really want to see your Mewtwo defeated by Megahorn? 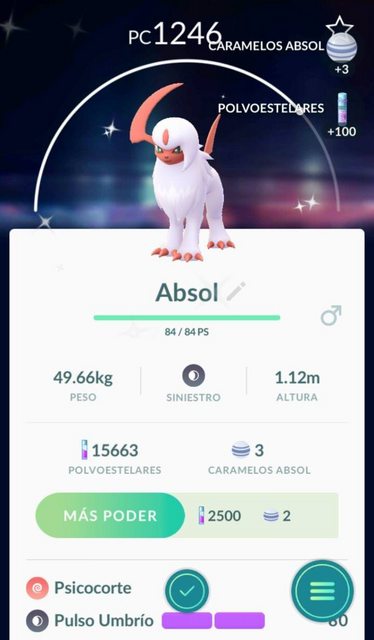 Cresselia is a Tier 5 Legendary Raid Boss in...

Pokémon GO Fest continues its world tour with a...