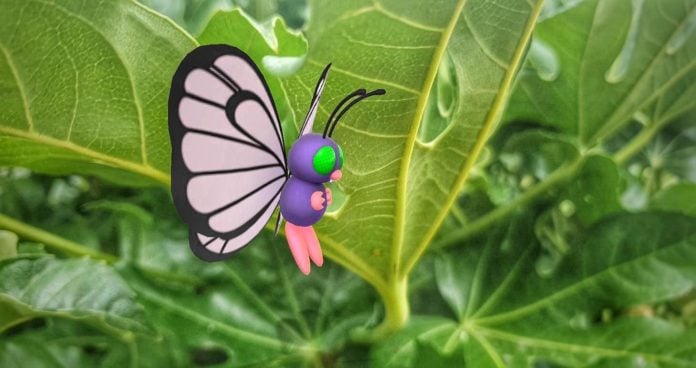 Butterfree is a Tier 3 raid boss in Pokémon Go and adds to the Fashion Week 2021 as an excellent opportunity to catch a rare final stage shiny mon. In addition, it is a costumed version as a part of the event!

Butterfree can be caught with the following CP values:

It is a dual Bug and Flying type and Tier 3. As such, it can be beaten by using strong Rock Fire Flying Ice and Electric types. The weakness to Rock is 2x.

The best counters for Butterfree are the following:

Just throw rocks at it. As simple as that. Or torch it.