That’s right Trainers! Latias has returned to raids, and she won’t be soaring away as quick as we thought! With the recent announcement of Latias’ return to raids becoming a full week, rather than a weekend, coupled with the introduction of Clamperl and its evolutions, what could have turned a 3-hour frenzy has now given Trainers a little breathing room! 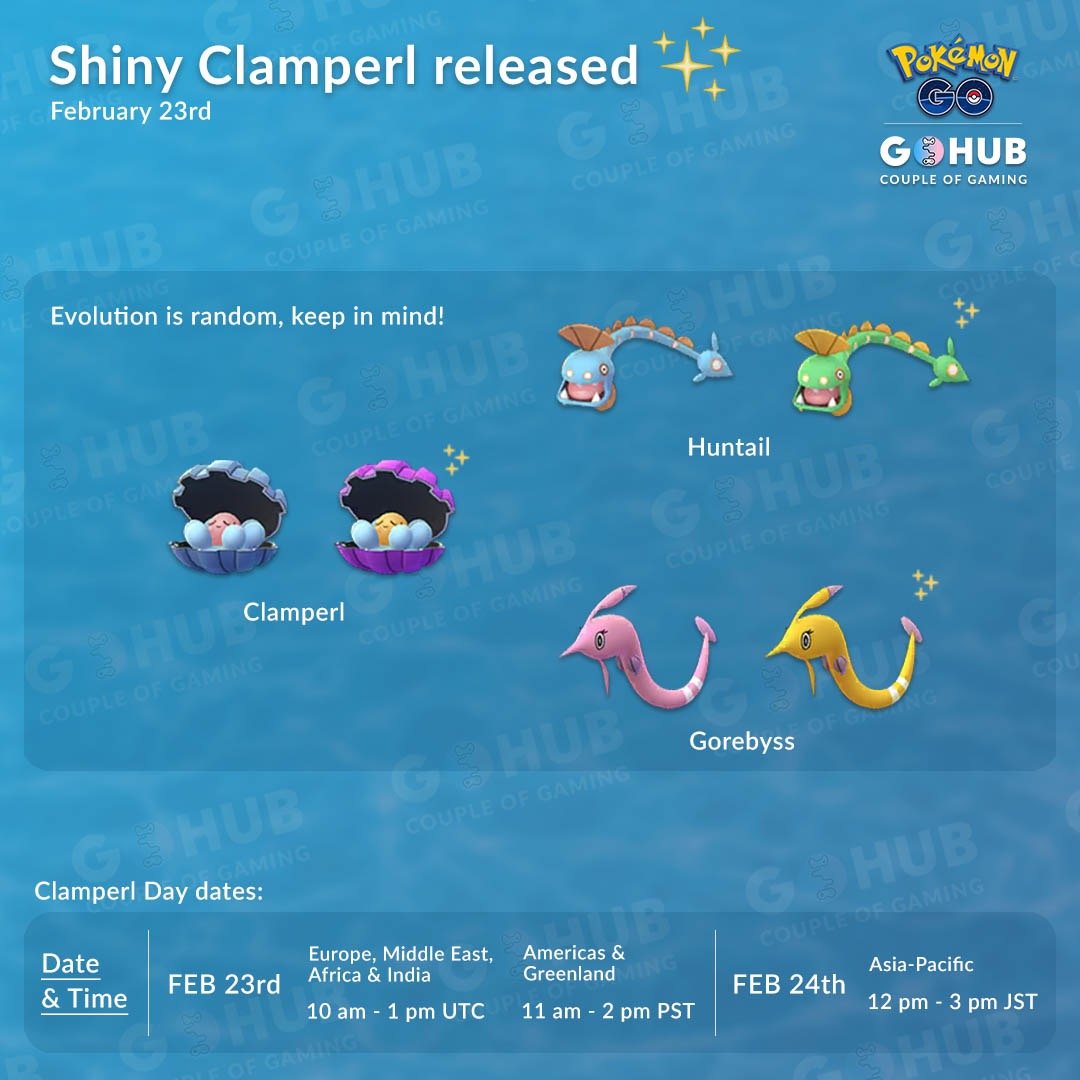 For any further time conversions, you can check out this site here. 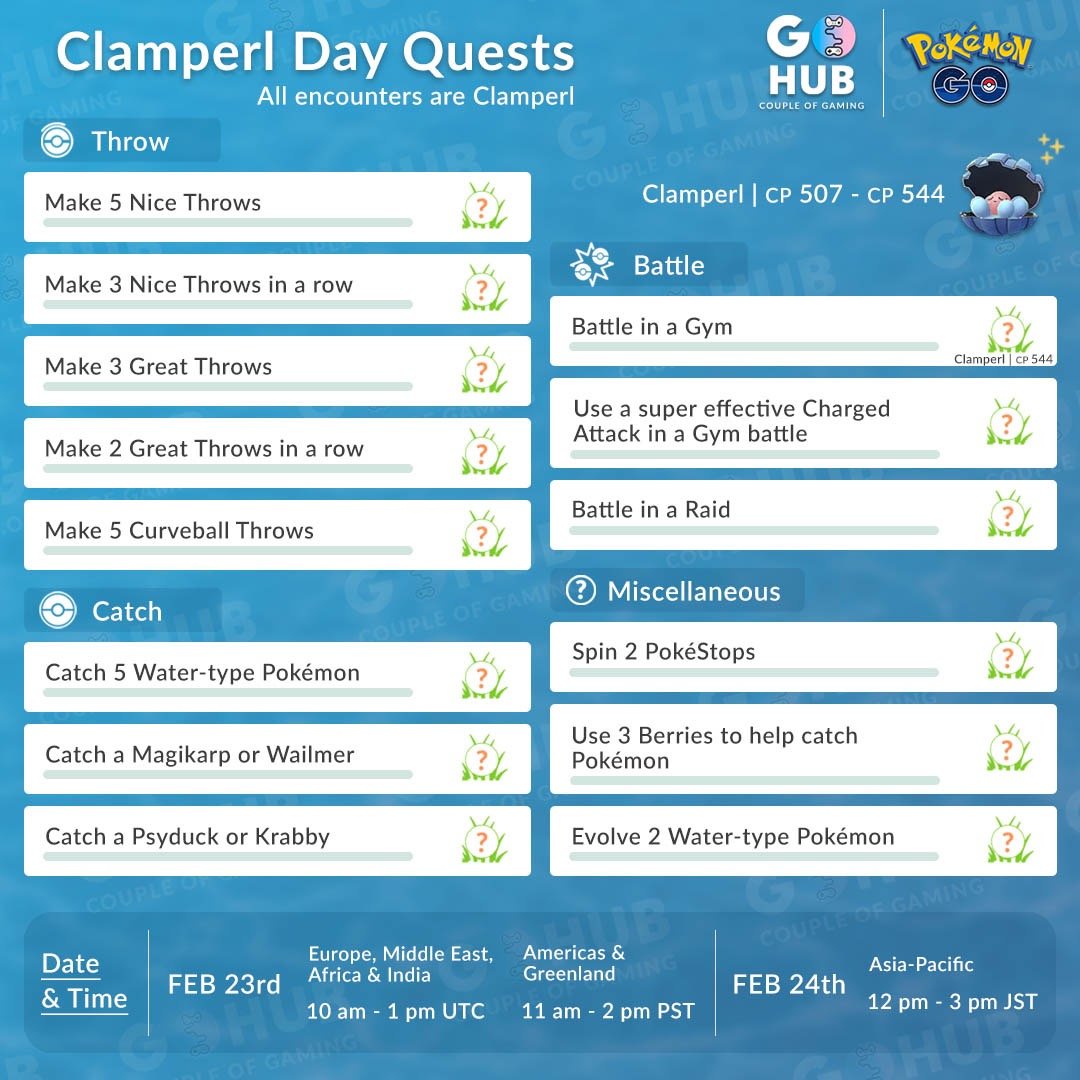 Possible encounter with Shiny Clamperl has been confirmed!

Clamperl is known to evolve into two separate Pokémon, Gorebyss and Huntail. In the main series, they evolved when traded while holding a specific item, a Deep Sea Scale or Deep Sea Tooth respectively. However, in Pokémon Go, the RNG lottery will decide the fate of Clamperl, in that the evolution will be random. This is disconcerting, as you are limited in the number of PokéStops you can receive quests from during the three-hour window.

The event has brought out increased spawns for several Water-type Pokémon, including some that have the possibility of being shiny! Krabby and Wailmer were confirmed in the initial announcement, and we have the following full list from the European start: 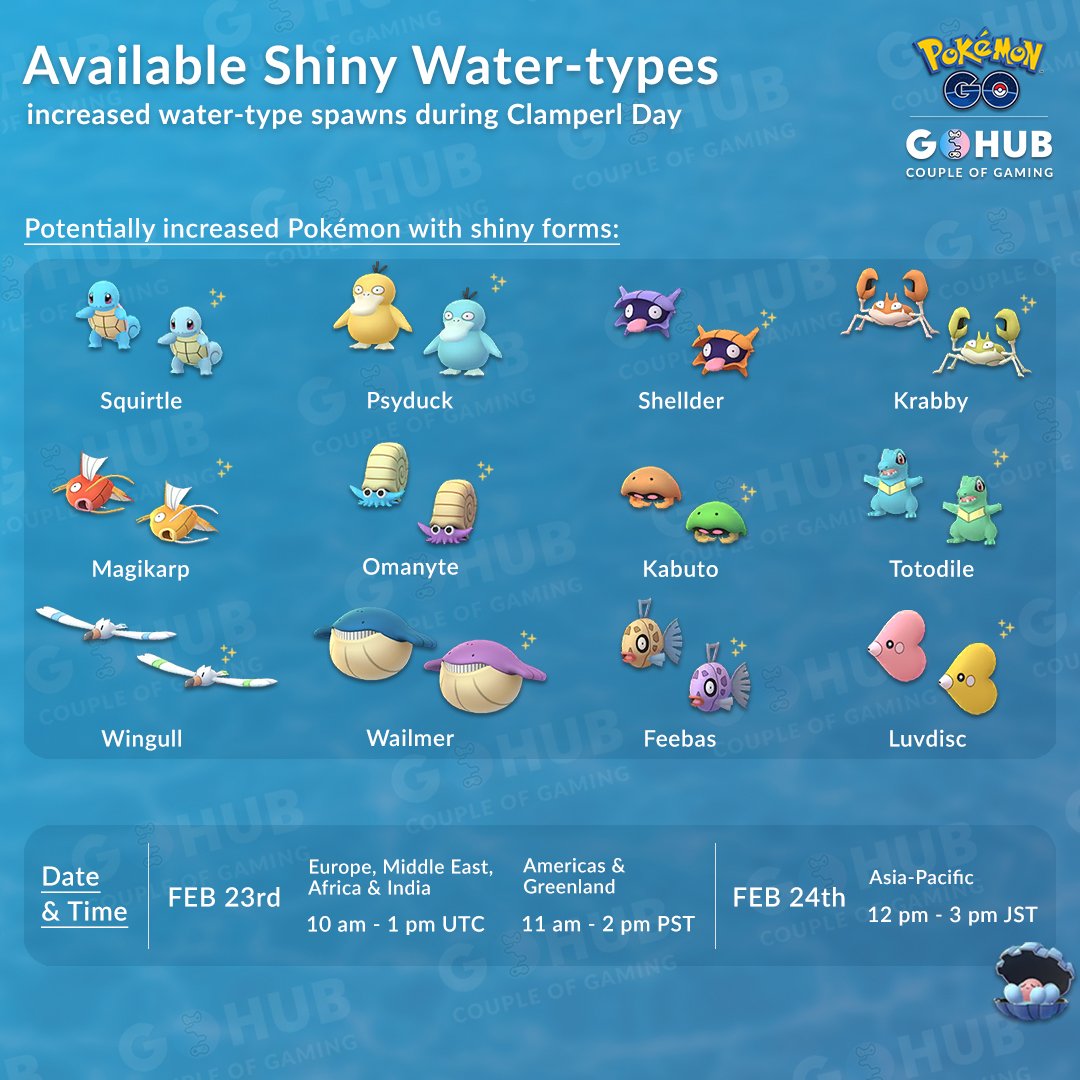 Latias is coming back and with a beautiful golden shiny form! We have a lovely infographic that covers the major details for this her return, and if you need a more in depth look we have our updated Raid Guide here. All event details are also in our announcement article, however here is a brief overview for everyone:

Palkia will still be in raids alongside Latias until February 28th at 1pm PST, so not every tier 5 is going to be a Latias. Later on in the future, a similar event will happen with Latios, so keep an eye out Trainers! 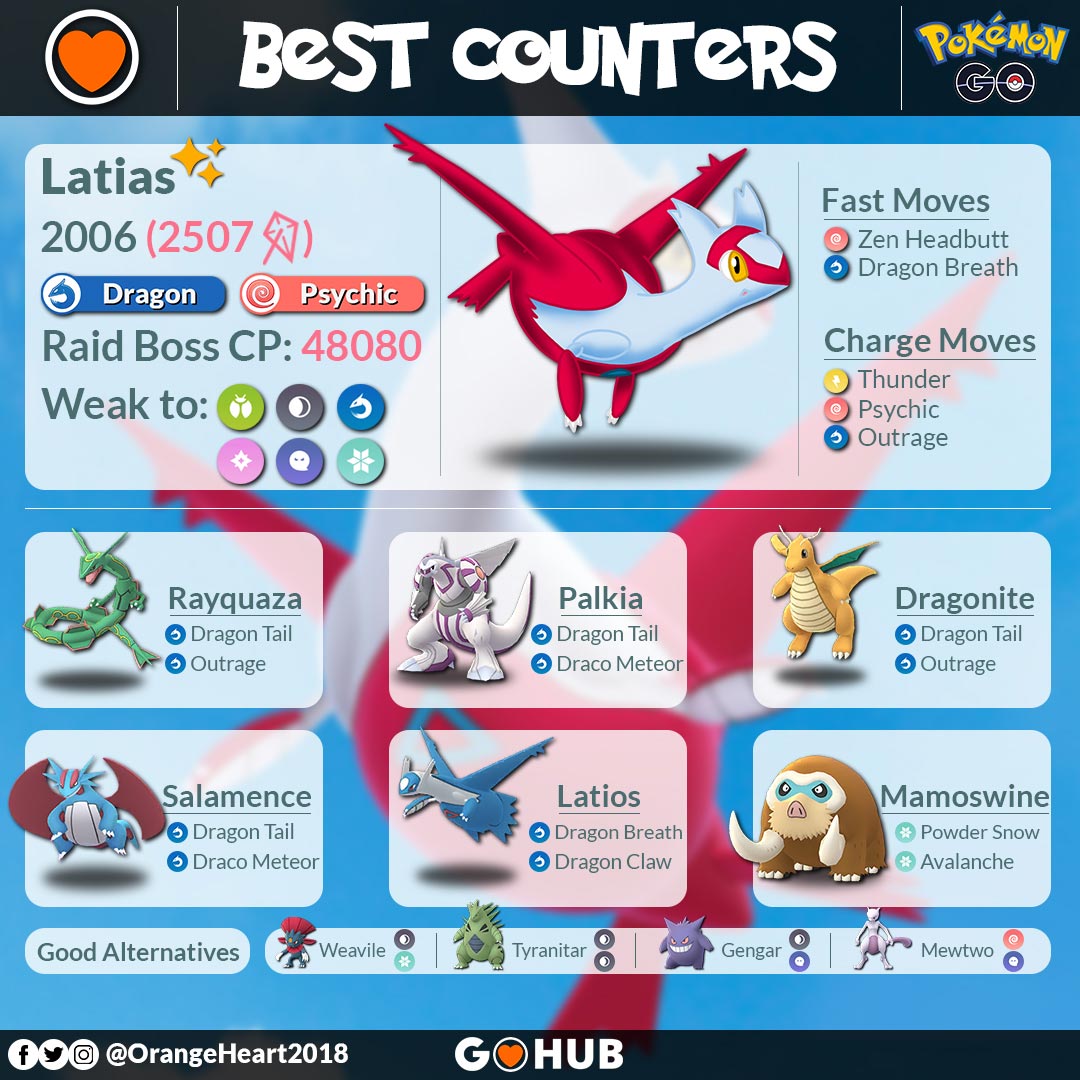 This is an incredible amount to do in a short amount of time. Not only do you need luck on your side to get each evolution the first two times you evolve, but to have enough PokéStops to receive tasks from to even get a shot at two evolutions. (We know, we know, rare candy is another option, but I think I’d rather save that for another time.) Simply put, we here at GO Hub wish you the best of luck, and hopefully, it is somewhat common in the wild or eggs after the research day.