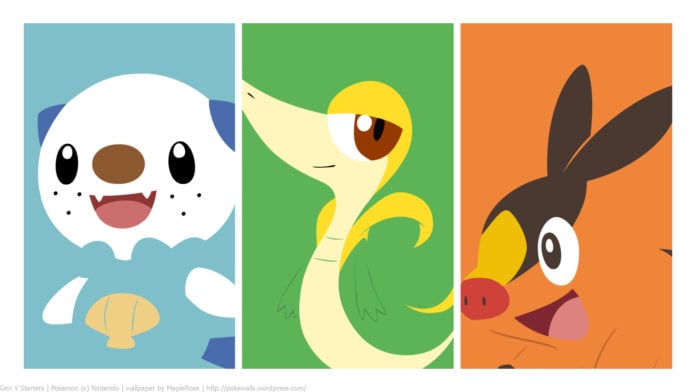 Trainers, the game data was updated with the arrival of Generation 5 Pokémon originally discovered in the Unova region. In this article, we will analyze who are the biggest PvE winners of this update, the new PvE meta champs. However, we will also mention several Pokémon who looked promising but sadly won’t shine due to the moves they got. Let’s get right into it!

Some Pokémon with great stats got blessed with wonderful movepools, while others haven’t had the same luck. The following list will feature those who were lucky enough to be considered the winners of this update (not necessarily in order of relevance), and an explanation of why they are so good and where they will currently stand in the meta of a specific type.

Kyurem-Black is probably the biggest winner and one of the best Pokémon in the game.

With an impressive attack stat of 310 and very respectable bulk, Kyurem Black has now outclassed Rayquaza (yes, Rayquaza) as the best dragon type attacker in the game. Wanna see more of Kyurem-Black’s power? With Dragon Tail + Blizzard it has the potential to outperform Mamoswine as an “ice” type attacker. We don’t know how we will be able to get this Pokémon but be on the lookout because it is now one of the best Pokémon for raiding.

Guess what? Excadrill also outclasses Groudon in terms of DPS thanks to its charge move. Regarding its overall performance, it’s probably slightly worse than Groudon (Excadrill deals slightly higher DPS and Groudon has significantly higher TDO), but still a wonderful Pokémon to add to your attacking squad and a better lead than Groudon in raids, when the raid boss still doesn’t have a ton of energy to fire off charge moves.

In terms of fire-type DPS, Volcarona’s performance is very similar to Sky Attack Moltres’. It also outclasses Blast Burn Blaziken as it almost doubles its TDO, which is quite impressive. As a fire type it is a wonderful alternative to Sky Attack Moltres. Against steel and ice types, it is one of the best counters too (depending on the raid boss moveset), but sadly against bug types there are better counters. There are better fire type attackers described below, so watch out.

Volcarona is also the best bug type attacker now. However, bug type moves are not very good and they don’t have much use in the current PvE meta.

We all saw this one coming. Conkeldurr is now the best fighting type attacker in the game, outclassing Machamp. Conkeldurr has better stats and the same moveset & type than Machamp. Thus, the outcome is pretty clear. For those of you with Machamp armies, don’t worry, as Dynamic Punch + Rock Slide Machamp will still be very useful in gyms. Conkeldurr got Focus Blast and Stone Edge as alternatives to Dynamic Punch, and Rock Slide is a better secondary charge move if you want to use it to attack gyms. Performance-wise, they are not that far though, but it’d be a mistake not to recognize that in raids, C+DP Conkeldurr will be a bit better.

As a dragon type attacker, it has nothing to do against Kyurem-Black and the other top-tier dragons, as the competition is quite fierce and Reshiram does neither have the best attack stat nor the best dragon-type moveset.

Forget about Raikou and Electivire, Zekrom has now the best electric-type DPS in the game. Even without Thunder Shock, Zekrom is able to outclass every single electric-type attacker in the game until now, and it also has the potential to be even better provided it gets access to its signature move. However, don’t forget that Thundurus (especially the Therian forme) exists, although it didn’t get a good moveset in this move update.

As a dragon-type attacker, it’s not good enough to outclass the top-tier dragons.

Chandelure got the best moves it could learn, both as a fire and ghost type attacker. As a fire-type, its performance is excellent and pretty close to Reshiram, but it is still a bit behind. Remember that fire types haven’t been that useful in raids until now though, but Chandelure will be a wonderful addition to your fire-type attacking squad.

Terrakion got arguably the best rock-type moveset in the game. Performance-wise, it ranks above Smack Down Tyranitar but below Rampardos. A pretty good addition to your rock-type lineup.

Meloetta Pirouette form is an interesting Pokémon. It is a great normal-type attacker, but… what is normal super effective against? Absolutely nothing. Meloetta got a decent normal-type moveset and it is a great Pokémon regardless of the lack of situations where normal type attackers are useful. If you want to use it as a generalist, feel free to do so once you catch it.

We had to make this section due to the massive amount of power certain Pokémon in this generation have. Some Pokémon such as Kyurem-White didn’t get the best possible movesets, but they will shine regardless due to their impressive stats or movesets. Here’s a list:

Zoroark has a very good attack stat and the best dark-type moveset in the game as of now. Thus, despite its lack of bulk, it will be a good dark-type attacker, especially in terms of DPS. Think of it as a decent lead Pokémon in raids. But don’t forget that there are better options, such as Darkrai, Weavile, Tyranitar or other attackers from other types that also deal super effective damage when fighting against a ghost or psychic type raid boss.

Hydreigon got the best moveset it could learn, according to its movepool in the main series games. Dark Pulse is not as good as Foul Play and thus it will be outclassed by other dark-type attackers but it is a solid #3 or #4 choice, though.

Kyurem-White wasn’t as lucky as Kyurem-Black. However, despite being worse than the Black variant due to its inferior moveset, it still outclasses Mamoswine as an “ice” type attacker and Rayquaza as a dragon type attacker (will Ray ever be able to mega evolve to get back the #1 spot though?). Yet again, we don’t know how we’ll be able to get this sort of “fusion” Pokémon and if we’ll be able to use more than one, but you can see how broken this Pokémon is by just looking at its stats and performance.

Thundurus-Therian has an amazing stat distribution. And it has the potential to learn Thunder Shock + Wild Charge in the main series games. Guess what happened, neither Thundurus-T nor Thundurus-I were blessed with Wild Charge. Are they still good? Well… they are not exactly bad, but they are significantly worse than what they could’ve been. Overall, Thundurus-T (the better variant) performance is similar to TS Zapdos and Zekrom reigns supreme as an electric type attacker. Even if Thundurus-T learnt Thunderbolt instead of Wild Charge, it could’ve outclassed Zekrom. Just to give you an idea of the potential this Pokémon has and the terrible moveset it got.

There are no words to describe how unlucky Archeops was in this update. Before the moveset update, trainers speculated that it could become the next Rampardos (just look at its attack stat) or a new flying-type god. Well, its movepool is Wing Attack and Steel Wing as fast moves and Crunch, Dragon Claw and Ancient Power as charge moves. Enough said.

Haxorus has an excellent attack stat, and it will perform quite well even without Outrage, but it’s just not as good as it could be because it didn’t get Outrage, which means that it won’t compete with the new top-tier dragons. Perhaps we’ll have to wait until Axew’s Community Day like we did with Salamence. With Outrage, Haxorus’ performance would be on the level of Outrage Salamence. Not exactly a “loser”, but definitely got the shaft because it didn’t get access to the best moves it could learn.

Well, time to wrap it up. Generation 5 is known as the “power creep Generation” for a reason, as you have already seen in this analysis. There have been some complete overhauls in some specific types, but time will tell how difficult it is to catch the Pokémon listed above. For now though, prepare your stardust and resources for what’s to come. If you would like an article stating which are the best Pokémon of each time after this move update, please let us know in the comment section down below or in our Twitter page. If you enjoyed this analysis and you’d like to see content like this more often, feel free to let us know too!

Until next time, trainers 😉