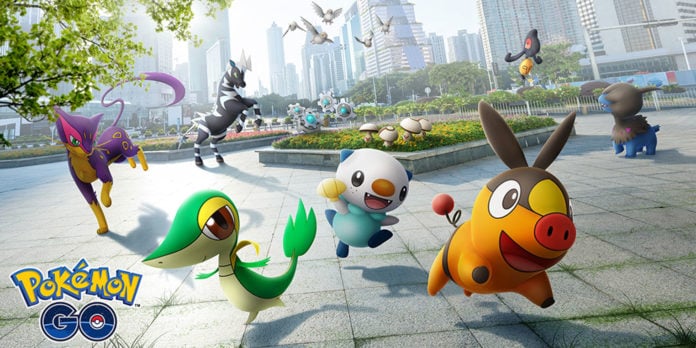 Trainers, Pokemon from the Unova region are coming to Pokemon GO! Niantic has just shared a high level overview of which Generation V species will be available in wild encounters, eggs and raids. In an unprecedented move, we are also given the information on which Generation 5 Pokemon are regionally exclusive and where they can be found. Without further ado, let’s dive in.

Unova Pokemon in the wild

The first Generation V wave brings Unowa starters and common Pokemon to wild encounters. Patrat, Pidove, Lillipup are all reminiscent of Gen 1’s Rattata and Pidgey, while Purrloin and Blitzle add some excitement to the new pool of wild Pokemon. Everyone gets excited to see a shadow on the nearby tab, and we’re super excited to go outside once again!

A large number of new Gen V Pokemon can only be obtained by hatching Eggs, at least for the time being. There are 15 new Pokemon species hatching from Eggs, with the 2 km group being also fully available in the wild. 5 km and 10 km Eggs allow you to hatch seven Pokemon that are not listed as wild encounters:

Only three Gen V Pokemon will be showing up in raids, but each of them is “raid pass worthy” as all of them can be shiny and Klink is not available in the wild! It will be interesting to see how shiny rates for Lillipup and Patrat work across the different methods of obtaining them.

Unova Stone is a new evolution item available from Research Breakthroughs. Unova Stone is a requirement for evolving select Generation V Pokemon (Lampent), but the complete list of species is not yet known.

This is quite interesting, as Lampent evolves into Chandelure only when exposed to a Dusk Stone in older Pokemon games. If Unova Stone is used for all item dependent evolutions in Gen V, it could be a very valuable item.

We have created a specialized page for the Unova Stone which will be updated later today.

Although there’s a lot to work through here, the initial Gen V release is a teaser for more things to come. We’re surprised by Niantic’s decision to announce regionally exclusive Generation 5 Pokemon, but we don’t think that’s a bad thing. Sure, it takes away some of the initial excitement for discovering their habitats, but it brings a lot of clarity from day one.

Is five region exclusive Pokemon too much? We don’t think so, as each region has access to at least two of them, and traveling to another region can net you two new regionals. It’s a higher stake game than previous generations, but we do think the difficulty of obtaining them remains roughly the same.