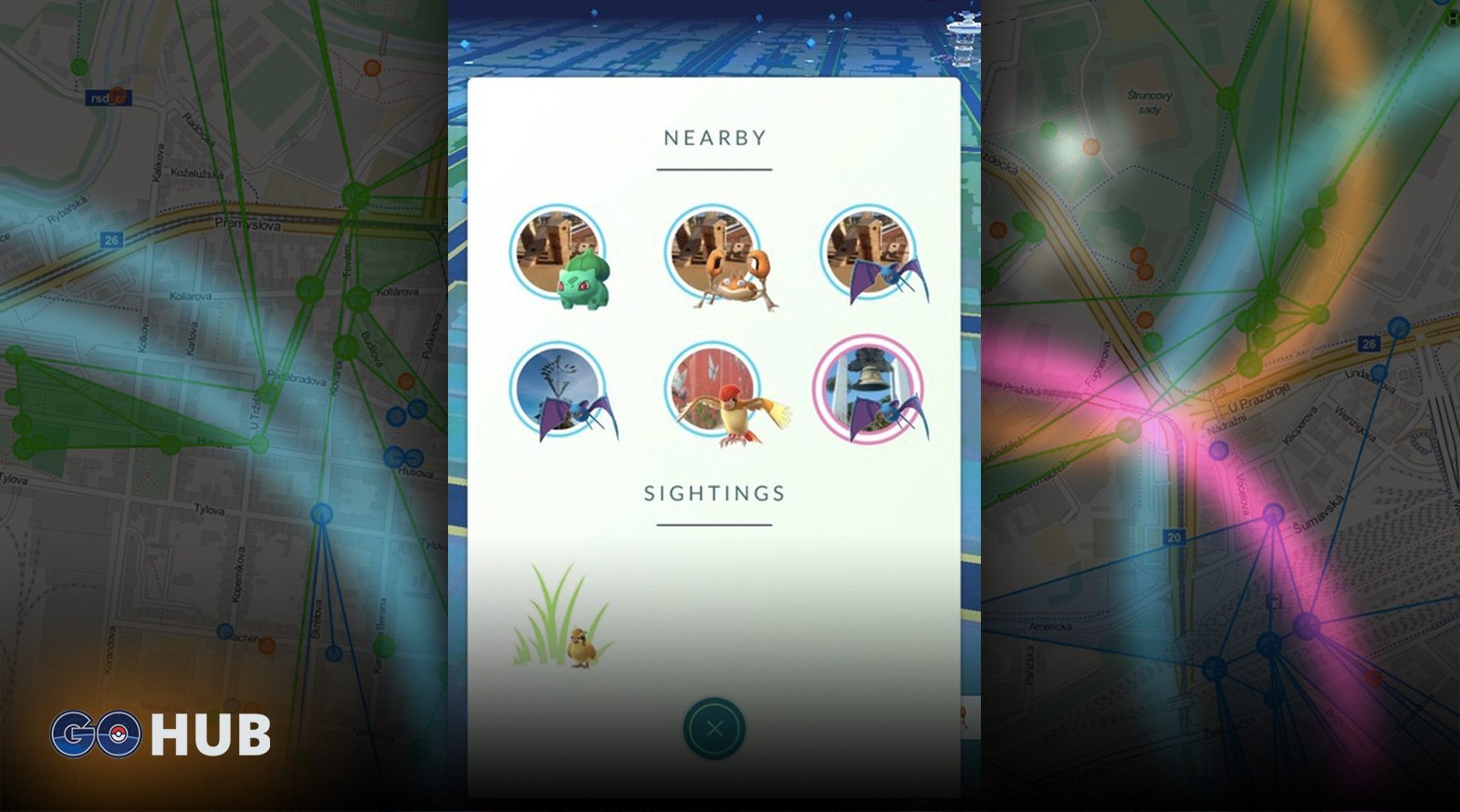 The newest Pokemon GO update brought in the updated tracker that now displays the Sightings tab, replacing the previously broken Nearby tracker.

Although not perfect, or useful as it’s previous iteration, the new tracker has some redeeming qualities:

We assembled a quick how to guide based on two reddit posts, courtesy of /u/Zakrael and /u/Mike_HS. If you want more in depth analysis of anything related to Pokemon GO, you should, as always, visit The Silph Road subreddit.

How to track Pokemon with Sightings tracker

We already know that the Sightings tab shows Pokemon that are inside the 200m radius around you. Following some basic trigonometry rules, we can devise a plan on how to track down a specific Pokemon.

Here is a quick illustration of the method and the full explanation is under the animation:

Step 1. So, you’ve sighted a Pokemon you want. Great, the first step you need to do is to lose it from the sightings tab. Start moving into any direction until the Pokemon disappears from your Sightings tab. That point is point number 1.

Step 2. Turn around and walk straight back in the opposite direction until you lose the Pokemon again. That point is point number 2. This point signals the other end of our bounding box. Now we know the exact radius where the Pokemon can be found.

Step 3. Walk back half the distance you walked from point number 1. You are standing on the intersection of a line that goes straight to your tracked Pokemon and the line connecting points 1 and 2.

This point is called point number 3. You need to chose a direction where to go, either left or right, as the Pokemon can be on both sides of the tracking circle.

Chose one at random.

Step 4. If you chose the correct direction (in the exemplary illustration that would be left) you will find the Pokemon in a matter of seconds.

Notes and experience with this Pokemon GO tracker method

We’ve been using this method for a few hours already, and it was useful for tracking specific Pokemon. More times than not, we’d wonder into a different Pokemon along the way, so it has some added value also.

The worst part of this method is the fact that the targeted Pokemon can despawn in the middle of the process, leaving you empty handed. This did happen once for us the first or second time we were practicing the method, but it was not a big deal, as we were really slow and sloppy.

Overall, the Pokemon tracker is now usable, although not as nice as it used to be, but still usable.