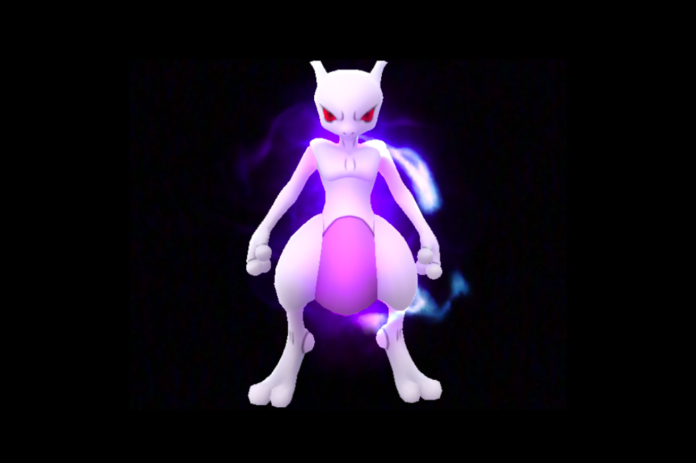 One of the big surprises Niantic had in store for us during GO Fest 2020 was the release of Shadow Mewtwo in Pokémon GO. This was in fact the debut of the shadow version of one of the most powerful Pokémon in the game, so the hype within the community was understandable.

Interestingly enough, Shadow Mewtwo came as a research reward and not as a regular shadow encounter after defeating a rocket leader or Giovanni. What this meant is that this shadow Pokémon in particular had a 10/10/10 IV floor instead of the regular 0/0/0 floor (4/4/4 if weather boosted). Let’s be honest here, even a 0/0/0 shadow Mewtwo would be awesome, but making it a research reward was clever and a nice surprise.

Without further ado, let’s take a look at Shadow Mewtwo’s performance in the current meta.

Shadow Mewtwo – should I purify it or not?

I know it is tempting to purify Shadow Mewtwo. Some of you probably caught a Shadow Mewtwo whose IVs were at least 13 in each stat. Purifying a 13/13/13 would make it a hundo, and having a hundo Mewtwo is indeed tempting.

So should you purify it? ABSOLUTELY NOT! I repeat, absolutely not! Don’t even think about doing it! That would be one of the worst mistakes you can make, provided you care about having the best raid counters and the most powerful Pokémon in your roster. I’ll explain why in the next section.

Getting straight to the point: Shadow Mewtwo is hands down the best Pokémon in the PvE meta. It has the highest neutral DPS in the entire game. In fact, nothing comes even close to its damage output as of now. If that was not enough, Mewtwo has one of the best movepools in the game as well, which also makes it the best generalist. In fact, it is so powerful that it will probably top the list of counters for plenty of raid bosses despite not having a full super effective moveset.

Oh, you don’t have a full team of Mamoswine against Rayquaza? No worries, Ice Beam Shadow Mewtwo can perform even better. Wanna raid Kyogre and it’s windy? No problem, Psystrike Shadow Mewtwo is (wait for it) the BEST counter (at the level of Shadow Raikou and regular Zekrom) even though it’s not dealing super effective damage with any of its moves. That’s crazy.

I did a couple of raid simulations using Pokebattler and I’ll share the results in this article just to show how powerful Shadow Mewtwo is. As always, full credit to Pokebattler for the results obtained from the sims.

The first sim is vs. Terrakion, no dodging and Best Friends boost. Terrakion’s moveset: Smack Down & Close Combat.

Surprisingly, Shadow Mewtwo is not really better than regular Mewtwo in Master League (the only league where Mewtwo is relevant).

Mewtwo is one of the best safe switches in Master League. Aside from a couple wild picks like Darkrai, there isn’t anything that really hard counters it. Giratina-Origin is in fact one of its most solid responses and if you don’t switch fast enough, you’ll have to spend all your shields or get Psystriked to death.

The main problem here is that usually Mewtwo does need to land a couple of hits to KO its opponents (except when shields are gone and it’s Focus Blast time). Psystrike and Shadow Ball cannot OHKO most of the meta, and that’s why you usually need to use another charge move to finish the job. And of course, farming down with Psycho Cut is not an option, as it deals very minimal damage (Psycho Cut is used for energy generation). Well, Shadow Mewtwo also misses those OHKOs, and as a shadow Pokémon it takes more damage, so that’s why it’s technically worse. It’s not bad at all, so if you want to use it just go ahead. But you need to know that a regular Mewtwo will work just fine.

In fact, running Focus Blast on Shadow Mewtwo can be a bit risky and Shadow Ball (you’ll need to use an Elite TM), Flamethrower or Ice Beam would perhaps be better alternatives as they are a bit more accessible due to Shadow Mewtwo’s limited bulk.

If you still want to use it, there is a bulkpoint you might be interested in. 15DEF will let you take 1 less damage from Origin Forme Giratina’s Shadow Claws (12 –> 11). That’s about it.