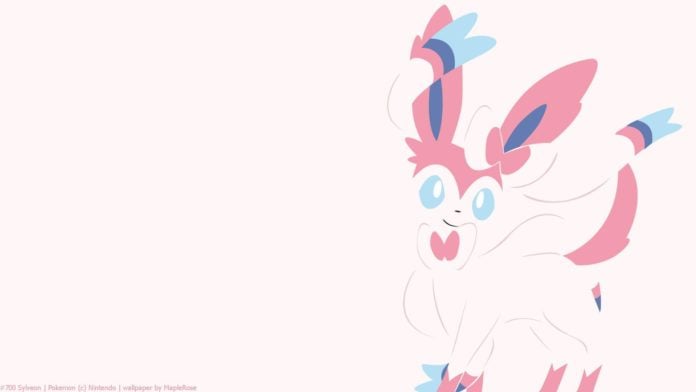 Gen 6 has always been touted as the generation of Fairy types due to the sheer magnitude and versatility of this type in Kalos, along with the fact that they were introduced in this very generation of Pokémon.

Be it the legendary, mythical or Pikachu clone of this gen, Fairy types are prevalent throughout! This prevalence of Fairy types also includes one of the most popular categories of Pokémon that trainers go gaga over: An Eeveelution!

Gen 6 blessed us with the super gorgeous and charming Sylveon, Eevee’s Fairy type evolution which has gone on to become one of the most popular Pokémon in the franchise.  Even Ash’s Kalos companion, Serena, went on to have a Sylveon of her own.  In Pokémon Go, Fairy types occupy a rather simplistic role that they fulfil with ruthless efficiency:

Charm is the only Fairy type fast move in the game today and is instrumental in deciding the viability of a Fairy type Pokémon in the game. To the pleasant surprise of all Sylveon fans, the Gen 6 moveset data mine has revealed that Sylveon is a recipient of this much-needed fast move!

There aren’t too many meta fairies in the game. So will Sylveon stand up to the occasion and claim a spot in the Pokémon GO meta. Or will it be lost in sad oblivion?

This article will give you a detailed insight into Sylveon’s viability in the meta if it competes against the likes of Togekiss and Gardevoir (since these two are the most meta fairies out there), and whether you should look forward to competitively training one!

Disclaimer: Togekiss and Gardevoir are the epitome of Fairy Pokémon usage in the meta. So, I shall be pulling comparisons with them to make my Sylveon analysis more lucid and relatable.

Sylveon’s stats in Pokémon Go are stated below:

Togekiss has higher attack (225) and defense (217) than Sylveon, but lesser stamina (198). This ends up making Togekiss hit harder and overall bulkier than Sylveon.

Gardevoir has higher attack (237), but lesser defense (195) and stamina (169) than Sylveon. All this rounds up to Sylveon being a relatively bulky Fairy type and a decently hard-hitting one at that.

The stats do point towards Sylveon being more oriented towards PvP oriented than PvE. However, the balanced nature of stats clearly implies that it can put in work for both formats.

Sylveon is a pure Fairy type and hence, is weak to the Steel and Poison Pokémon, while being resistant to the Dragon Bug Dark and Fighting types, three of which it is super-effective against.

It goes without saying that the Dragon Dark and Fighting type Pokémon are some of the most ‘meta’ in the game, with their sheer offensive capability to counter many legendary raid bosses.

Therefore, being resistant as well as super-effective to these 3 types is a huge perk of using a pure Fairy Pokémon like Sylveon.

Togekiss is a Fairy Flying Pokémon and hence, along with the typical Steel and Poison weaknesses, it also invites weaknesses to the Electric Rock and Ice types.

Gardevoir is a Psychic Fairy Pokémon and hence, along with the typical Steel and Poison weaknesses, it also invites weaknesses to the Ghost type.

Sylveon takes the cake here. With fewer weaknesses than its two main competitors, good bulk and a decent attack stat, Sylveon serves as a good defensive Fairy type and lead in PvP

Sylveon has the following moves in Pokémon Go:

Sylveon’s design makes it look gift-wrapped and Niantic took it seriously! This beautiful Pokémon received literally every Fairy type move it could ask for, both fast and charged.

As I have mentioned, Sylveon’s balanced stats make it fit into both PvP and PvE and as such, it wouldn’t be a bad idea to give it two charges moves (mind you, it will be costly though)

Charm is a no-brainer. This is the epitome of Fairy type moves in Pokémon Go and you are free to forget the existence of Quick Attack.

Dazzling Gleam is the charged move of choice, making it the go-to Fairy type move for raids. A 2-bar 100 dmg charged move in PvE. What more could you ask for?

Well, Charm is an extremely hard-hitting and slow-charging fast move. Since Sylveon completely lacks any coverage moves, it is a wise option to go with Moonblast, which has 110 dmg at 60 energy.

Draining Kiss might be Sylveon’s quickest charged move, but its 60 dmg at 55 energy compared to Moonblast’s nearly double 110 dmg at 5 more energy makes the latter the unanimous choice.

Moonblast is the move to use in PvP. It can be used in PvE as well with Dazzling Gleam, but both Togekiss and Gardevoir excel in that format. So go with Charm and Moonblast for PvP & Charm and Dazzling Gleam for PvE.

With a higher attack stat, better bulk and excellent coverage moves, Togekiss outperforms Sylveon in both PvP and PvE.

Sylveon has bulk and a superior moveset to outperform Gardevoir in PvP, although Sylveon lacks Gardevoir’s Shadow Ball or Psychic coverage. Gardevoir blatantly outperforms Sylveon in gyms and raids.

Sylveon’s stats and movepool give it a good showing in the Ultra League with its ability to shred down Giratina mercilessly is its biggest niche, apart from destroying any of the prevalent Fighting and other occasional Dragon types.

Like any Fairy type, it is still weak to the Steel types. And despite lacking additional weaknesses like Togekiss, the latter’s better coverage, attack and bulk, and resistance to Ground types makes Togekiss the overall better option for the Ultra League.

The story remains the same in the Master League. While it can take down many mighty Pokémon here, it has absolutely no way to counter Metagross (Togekiss has Flamethrower and even Gardevoir has Shadow Ball).

PS: Sylveon’s stats make it underwhelming in the Great League.

In PvE, Fairy types are solely used for taking down the Dragon and Fighting types, and the occasional Dark types.

It is no rocket science that Togekiss and Gardevoir do that job better with better DPS. However, having Sylveon in your party of 6 is a welcome addition courtesy of its excellent Fairy type moves.

Sylveon won’t be breaking the meta and making waves like its Fairy type contemporaries. Yet, it’s worthy for sure.

Not every Fairy type Charm user in Pokémon Go finds relevance in both PvE and PvP.  Xerneas is going to be bad. Florges lacks Charm. (In other news, Tyrantrum learns Charm!) Togekiss will still reign supreme and its Fairy type throne will remain unchallenged.

Sylveon is still a nice Pokémon to use. It has a gorgeous design and an even more gorgeous shiny (take that, Togekiss!). It may not be the best, but it is definitely one of the best!

You will have a good time with Sylveon!