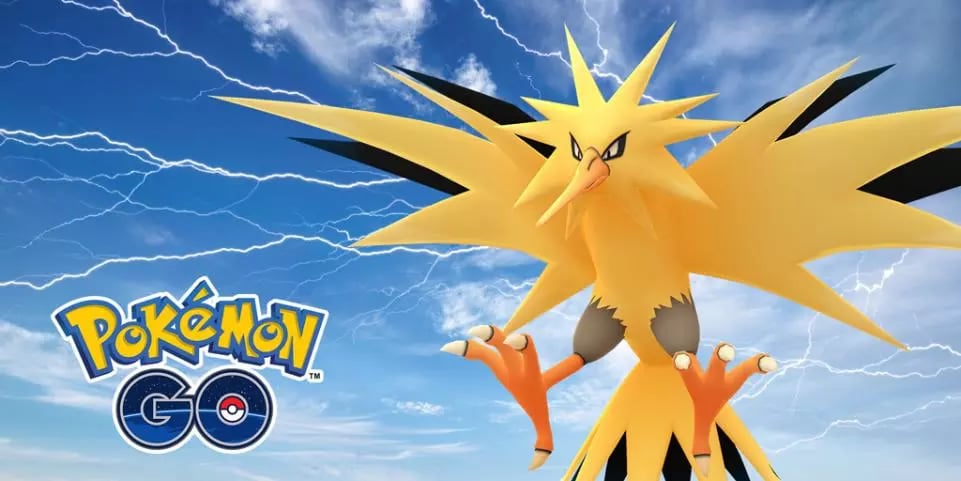 With the recent introduction of Lick as an Exclusive move for Gengar during its Raid Day during the Halloween event (more information here) we decided to discuss a topic that is very dear to us: Legacy Moves in Pokemon GO!

Most of you will know what they are, others will think that it’s Shadow Claw (which is true, to some extent), and others will have absolutely no idea what they are. Although the topic of our discussion will be to discuss the rarest moves available (with an emphasis on ‘available’ as some moves became Legacy before the Pokémon associated to it, Articuno for example, were even released), we will begin with a brief introduction to the concept of Legacy. If you already know what it’s about, then simply skip to the next section.

Why is it important to talk about this?

Legacy moves, or moves that are no longer obtainable on a certain Pokémon species, are coveted by many avid Pokémon collectors. With the addition of trading in Pokémon Go, many players will exploit casual players or trick them into trading some valuable Legacy movesets for junk. Therefore, we think it’s important that players understand the actual value of their account before trading something they might not understand.

Disclaimer 1: In this article, we will try excluding Exclusive moves as much as we can, although they can be compared to Legacy moves. Exclusive moves were announced ahead of time and made available to trainers for a limited time, especially through Community Days and Raid Days. While these may (and do) have some value, the mere fact that players knew they would no longer be available actually resulted in players holding on to an insane amount of these in their inventory, hence them actually losing a lot of value in trades.

Disclaimer 2: We will refrain from discussing the emotional value in this article as this cannot be accounted in any way.

To explain this, we’ll simply quote our colleague Wolfie:

“With meta changes, some Pokémon lost the ability to learn a particular moveset. These are called Legacy movesets. For many Pokémon, these were the best movesets available for them to date […for others they meant literally nothing]. If you are lucky enough to have a Pokémon with one of these movesets, you may want to think twice before changing it with a TM.” – Check out the full article here.

While some Legacy movesets are useful and meta relevant, others will simply have some value to avid collectors. For more information about meta-relevant Legacy movesets, check out Spacebob5‘s article on the matter right here!

First of all, we need to clarify the factors that may influence a Legacy move’s value.

1. When it was actually available

While it is impressive for someone to have a Lapras with Ice Beam, it doesn’t have the same value as a Hitmonlee with Stomp. Why? History 101.

TMs were introduced in the game in the summer of 2017. Ice Beam on Lapras became Legacy in December of 2017; and Stomp on Hitmonlee became Legacy in August of 2016. Therefore, unless you were lucky enough find a Hitmonlee with Stomp, there was no other way of obtaining the move at the time. Unlike Ice Beam on Lapras, where TMs were available and therefore someone could simply reroll Lapras’s charged move in the hope of obtaining Ice Beam.

Furthermore, while the nearby system was quite useful in the early stages of the game, spawns were considerably improved over time. Therefore, it was somehow more difficult to find a specific Pokémon in the early days compared to a year after launch.

2. Length of time for which it was actually available

3. Whether it was available on a first or final evolution stage of a Pokémon

Finding that you have a first stage Pokémon with a legacy move is arguably more impressive than an evolved form, from a rarity point of view. The reason for this is that most people wouldn’t tend to hang onto unevolved forms for very long unless they had high IVs and therefore the potential for being useful in battles in the future once they had been evolved.

Finding that one of your fully evolved Pokémon has a legacy move is great, but if it was good enough to evolve, you were probably planning to keep it anyway.

4. How the Pokémon was obtainable

Was the Pokemon available in raids? Was it a CD Pokemon? Or was it a Pokemon you could randomly encounter / evolve and get the move set? How difficult it was to get a move set directly ties into it’s value and sometimes even overrides the “how long the move set was available rule”.

A Shadow Claw Ghost Gengar will always be more valuable than a Lick Ghost Gengar, despite these two moves having almost the same performance: Gengar exclusive moves analysis: Lick vs Shadow Claw. You had to be smart back in the day, keep your Gengar and sit on it, but before all of that, you had to farm the candy and evolve it. Lick Gengar is good, but “everyone could get it during the Gengar CD” and for folks who played since day #1, SC Gengar will always be of higher value than Lick Gengar.

Plus, it’s actually Legacy and not Exclusive.

5. Relevancy of the move in the meta

Everyone agrees on one thing: a good move set can make or break a Pokemon. Just take Giratina for example: Giratina in the Pokemon GO Meta: not so violent after all. That poor thing got completely wrecked when it got Shadow Sneak instead of Shadow Ball and now it’s just a Pokedex filler.

Everyone also agrees on another thing: getting a good move always feels great, especially if it’s legacy. Meteor Mash Metagross (link), Smack Down Tyranitar (link) and Thunder Shock Zapdos (link) are all stuff of legends now, standing shoulder to shoulder with Shadow Ball Mewtwo and Karate Chop Machamp. Mud Shot Kingler, Mud Shot Golem, or Megahorn Rhydon – not so much.

Please check out this article to read more about the most meta relevant Legacy and Exclusive moves that are currently available (last updated on 9th Nov 2018).

If a move is relevant, if it’s going to be used and if it has the power to transform a Pokemon or at least nudge the meta in any direction, it’s going to be fabled and mentioned in weeks and months to come.