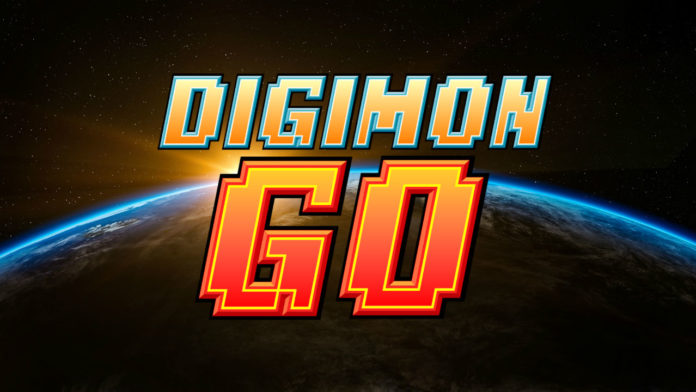 DISCLAIMER: This article is posted for April Fools 2018. Feel free to check out the links and screenshots, as well as the teaser trailer we worked hard on. 🙂 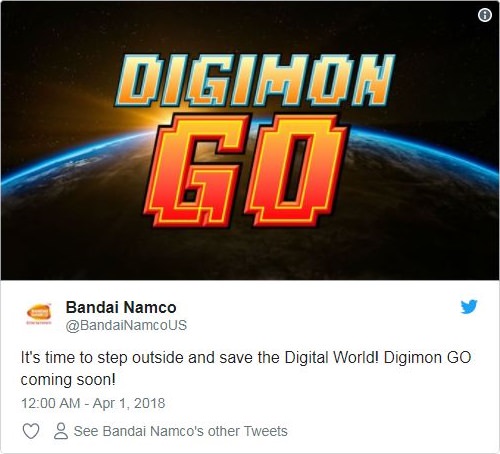 The DigiDestined needs your help to save the Digital World once again from the evil Myotismon, but this time, he’s taking over the Digital World from the real world by placing Dark Towers that cannot be seen by the naked eye. Thankfully, with the help of your partner Digimon, and your own smart device, you can negate the effects of these Dark Towers to foil Myotismon’s plans. Bandai released screenshots for the game below: 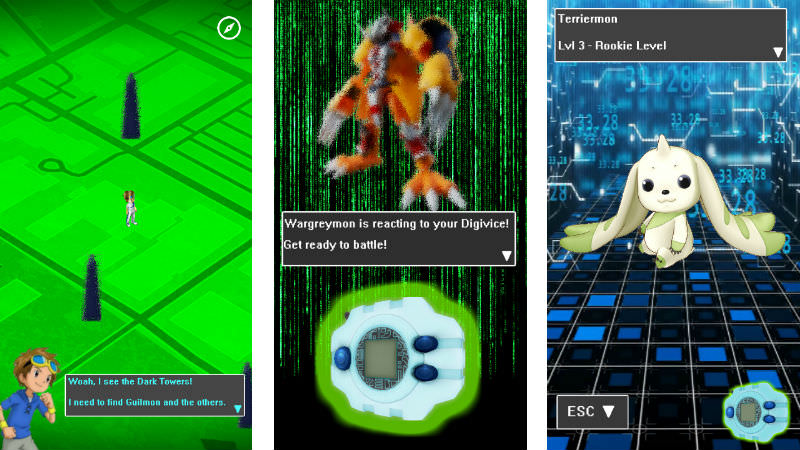 We don’t have much details yet as to how the battle system works and how to get your Partner Digimon, but based on the screenshots, the Dark Tower may be similar to Raids in Pokemon GO. It also looks like we are able to play as Takato, a main character in the third season of the Digimon anime, Digimon Tamers. As soon as details of this game surface in the coming weeks, the GO Hub team will be covering it.

With Pokemon GO being the success that it is, and with other franchises like Harry Potter, The Walking Dead, and Jurrasic Park taking a slice of the AR Games pie, Bandai Namco’s  announcement is not really a surprise, but is an expected move. Just how many AR Games would be announced in the coming weeks is anyone’s guess.

DISCLAIMER: If you are still reading this, you might be thinking “What the hell?” That’s because this article is written for April Fools 2018. 🙂