in honor of the 2017 Pokemon World Championships, Kangaskhan will be available in Anaheim, California during this weekend (August 18 – 20).  In addition, Tauros will be appearing in greater numbers than usual and Unown letters W, O, R, L, D and S are spawning in the area.

This was announced by Junichi Masuda, one of the founding members of Game Freak and the composer and director for the Pokemon games.

The whole announcement is available in the following Twitch clip:

Transcript of the announcement:

“Just for this weekend in the Anaheim area, Kangaskhan will be appearing in the area. And there are also rumors going around that Tauros are appearing in even greater numbers than usual. I hope you all get a chance to catch them.”

Big shout out to #PKat200k for letting us now this is happening:

A shareable image for your local group is available here: 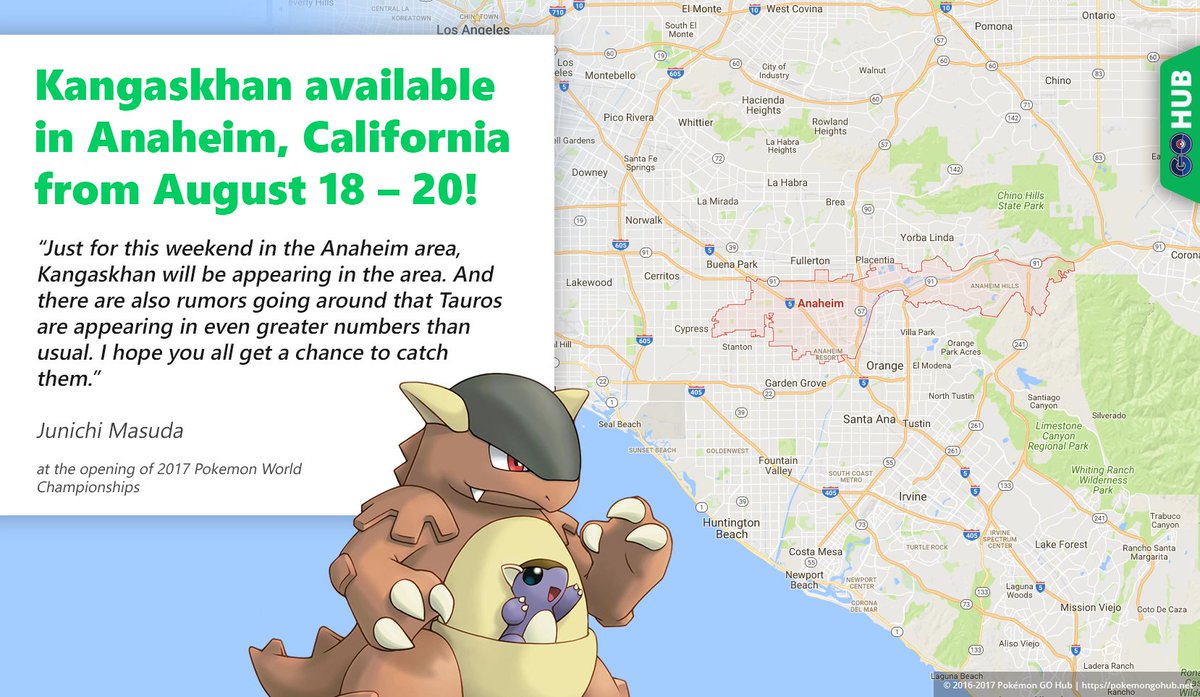