Trainers, as many of you may already know, today has been filled with EX Pass Madness! But rest assured, Go Hub is here to help.

Out of seemingly nowhere, Niantic has added brand new items to the Style Shop, having originally been discovered by the infamous Chrales, there seems to be three new themes added, with one being a bit different from the rest.

Besides these, two new Style itms were added, bringing with it a new “abstract” type theme for clothing, although the initial design might not be obvious, we believe these designs are somewhat related to Pikachu.

Trainers were suddenly surprise and confused when they received brand new EX Raid Passes, however the dates of these passes were for today, and when arriving to the Gyms, instead of encountering what was expected to be Deoxys, Trainers came across fighting different Raid Bosses. Essentially, these new passes were used as an extra “Free Daily Raid Pass”, although, that didn’t leave Trainers satisfied.

Although this did introduce Trainers to the sharing feature on EX Raid Passes, many were still confused as to why regular Tier Bosses were all of the sudden being considered EX Raid Bosses, Niantic had this to respond:

Hi Trainers, if you received an EX Raid Pass at a Gym that currently has an active Raid, the time of your EX Raid will update once that Raid ends. The next EX Raid will take place on either October 1 or 2. Thanks for your patience!

Even more confusing however, Trainers started to report that the EX Raid Passes they had now received for October 1st and 2nd were being cancelled, so as of now, one can only go based on Niantic’s word, which at times, can too be unreliable.

As previously said, Trainers can only prepare based on what Niantic has officially disclosed, and until now, it appears that they have announced that the next EX Raid will take place on October 1st and 2nd, being the first ever EX Raids featuring Deoxys.

Here we have a graphic to highlight this new otherworldly Raid Boss. 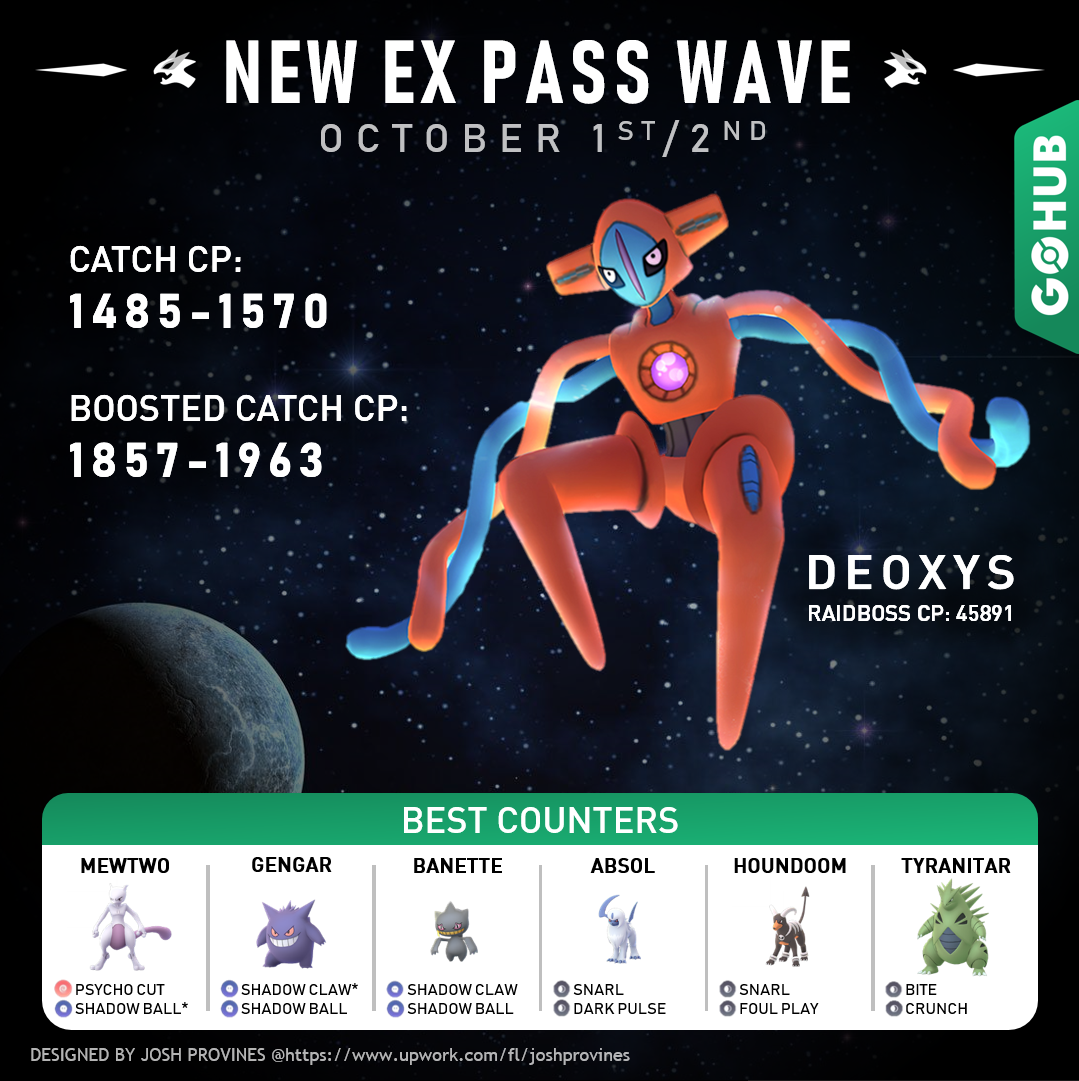