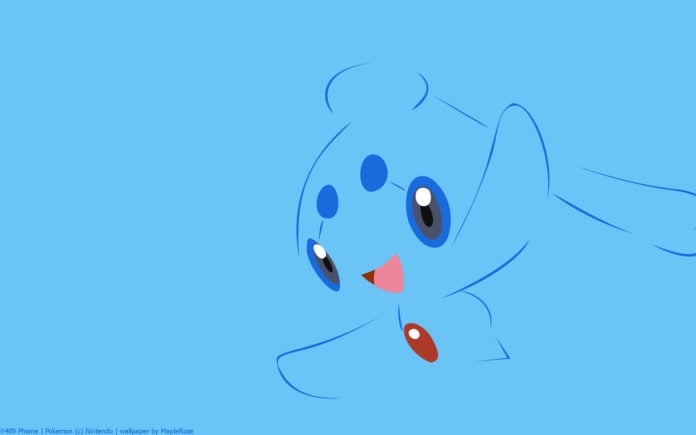 Phione is a Water type Pokémon, and is one of five Mythical Pokémon in Generation 4. Phione will almost certainly only be available through Special Research Quests.

Phione in the Meta

Phione’s base stats mean it’s not going to be relevant to the meta game, possibly unless lower CP Pokémon regain some form of usefulness in battle like they had back when Training was part of the Gym system.

Just for comparison, the chart below shows Phione’s stats against some of the most powerful water types in the game.

As a Water type attacker, Phione doesn’t even come close to the Water types at the bottom of the table.

If however, you do find a suitable space for Phione in your Water type attack team, Water type moves are super effective (1.4x damage) against Ground Rock and Fire types. The most prominent of which when Phione becomes available will most likely be Tyranitar, Rhyperior, Ramparados, Groudon, Heatran, Ho-Oh, Moltres and Entei.

Garchomp will also be a prominent [Ground] type but it will resist Phione’s water type moves due to it also being a Dragon type, and will therefore take neutral damage.

You should also avoid using Phione against any Grass or other Water types as they will take 0.714x damage from Water type moves.

There’s currently no instance in the battle system where you would have to face Phione, but just in case we do get PvP one day, let’s check how Phione would fare if it was to be attacked; Defensively, Phione’s typing gives it a weakness (takes 1.4x damage) to Grass and Electric type moves, but also gives it a resistance (takes 0.714x damage) to Steel Water Ice and Fire type moves.

Even though there’s no way to know for sure what moves Phione will have, we can look at its main series movepool and compare them to the moves other similar Water types already have access to. We can then derive a list of possible movesets for it:

The chart below will help you visualize what weather is beneficial or harmful for Phione.

Shiny Phione’s difference in colour is very subtle; its body is more of a turquoise than blue. One possibly more noticeable feature is the ‘jewel’ on its front is yellow rather than the normal red.