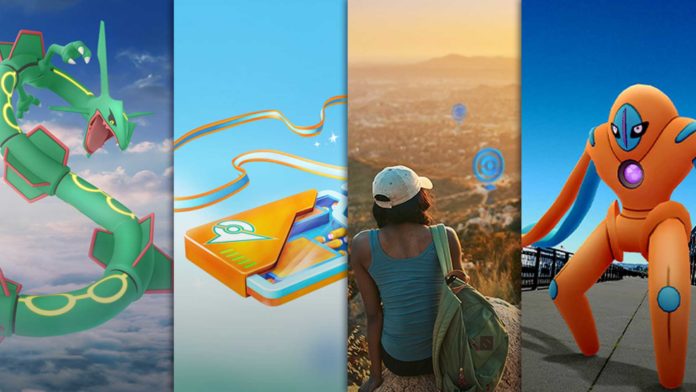 This News Roundup sees that Niantic’s recent trend of dropping new content/events in bunches has continued and seemingly knows no end. With the introduction of Legendary Lunch Hour, the announcement of Rayquaza Raid Weekend, Defense Forme Deoxys taking over as the new EX Raid Boss, and Pokéstop Submissions going live in Indonesia, this has truly been an eventful week.

The return everyone was waiting for! Well, kind of anyways. Niantic announced that the Legendary Pokémon Rayqauaza would be returning for a special Raid Weekend starting March 15th at 1 PM PST and ending on March 18th at 1 PM PST. The initial excitement about the return of Rayquaza was quickly muted though, upon the revelation that Shiny Rayquaza would not be available to catch upon completion of these raids. Though this may bum some of you out, keep in mind that Rayquaza is an extremely useful Pokémon to have in your arsenal, so taking part in this Raid Weekend will still benefit you in the long run. For more information about this weekend-long event see: Rayquaza is Coming Back for a Special Raid Weekend. We also have our Rayquaza Counters Guide and Rayquaza Counters Heat Map at your disposal.

Niantic has announced that the PokeStop nomination system is now live in Indonesia – for everyone who is eligible. Trainers level 40 and above can now participate and create new portal candidates which are then reviewed by OPR agents.