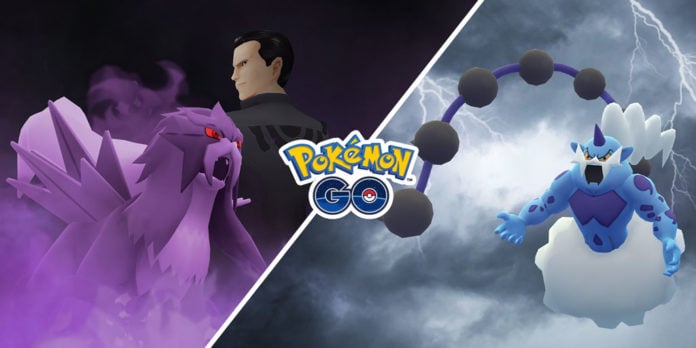 March 2020 is an incredible month in terms of Pokémon GO events!

Sit down, Niantic has prepared a metric ton of events for March! Infographics in this article provided by Couple of Gaming.

Save Shadow Entei from Giovanni

This time, you’ll be tasked to defeat Team GO Rocket, its leaders, and Giovanni once more for a chance to rescue the Legendary Shadow Pokémon Entei! Be sure to finish this Special Research by the end of March.

You can read our current Rocket Boss Giovanni Counters guide to help you prepare. We will update the guide as soon as Entei goes live.

It’s time to plant the seeds of success this spring! From Sunday, March 1, 2020, at 1:00 p.m. PST (GMT −8) to Wednesday, April 1, 2020, at 1:00 p.m. PDT (GMT −7), the Thorn Seed Pokémon, Ferroseed, will be available as a Research Breakthrough encounter, and it’ll come with bonus Stardust! Ferroseed’s evolved form, Ferrothorn, can be a powerful contender in Trainer Battles, including those in the GO Battle League!

Starting Monday, March 2, 2020, at 1:00 p.m. PST time, Thundurus, the Bolt Strike Pokémon, will be in five-star raids! This Pokémon, originally discovered in the Unova region, will be making its Pokémon GO debut. It’s said that Thundurus flies around the Unova region firing off lightning bolts from the spikes on its tail, so watch out for this Electric- and Flying-type Legendary Pokémon!

Get ready to take it on with Pokémon that know Ice- and Rock-type attacks! 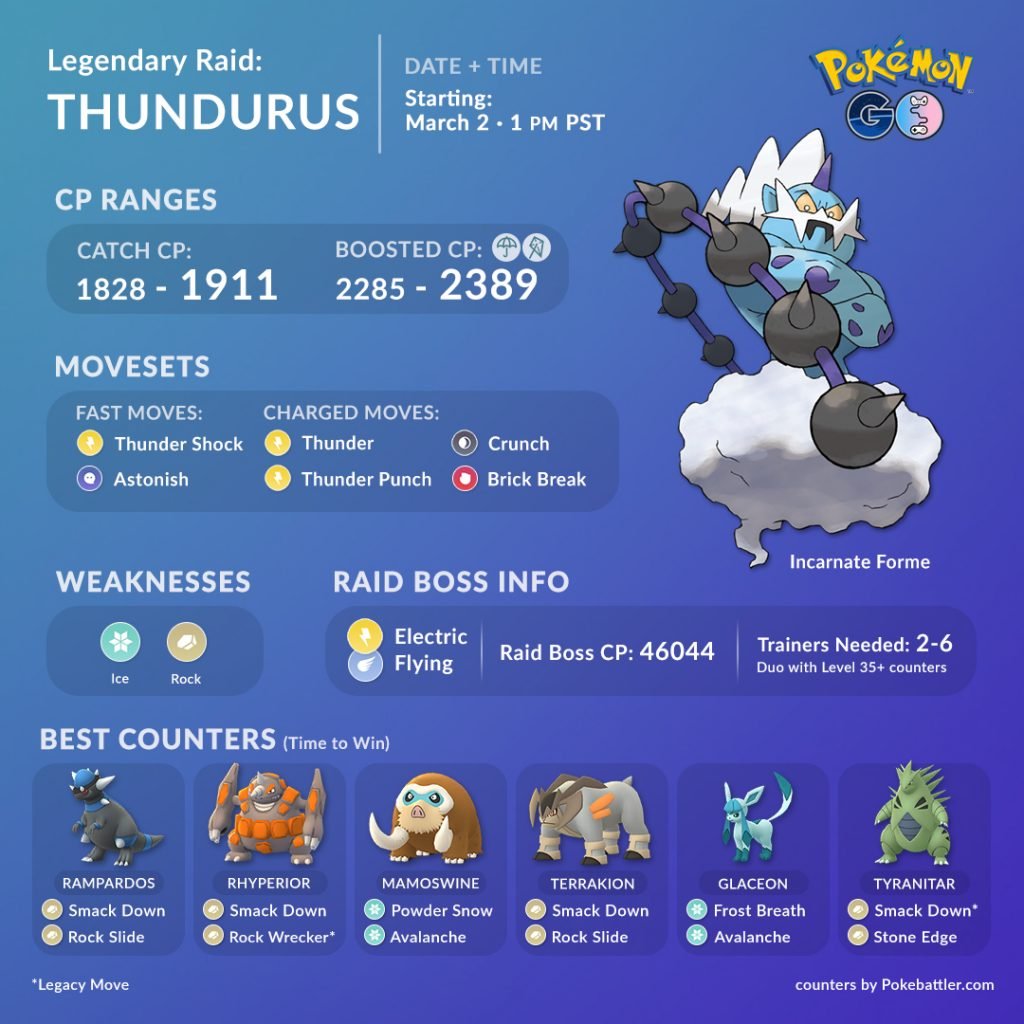 Every weekend this month will feature a different Legendary Pokémon in five-star raids! During these Special Raid Weekends, you’ll receive an attack boost when you raid with friends.

Special Raid Weekends in March
1 of 3

A mysterious weekend event is coming…

This weekend event will also be accompanied by a brand-new Special Research story event! More details to come.

Odd things are afoot, Trainers. The professor and team leaders have been following Team GO Rocket’s movements and noticed that they’re planning something big. We don’t know all Team GO Rocket’s plans yet, but we do have the following details to share.

Thank you, Trainers, for all your feedback on these experimental events! For the month of March, we are happy to report that we’ll continue testing these new ideas, but we wanted to provide some information in advance so you can prepare for these hour-long minievents that are meant to complement your gameplay.

Be sure to follow us on social media, opt in to receiving push notifications, and subscribe to our emails to stay updated. Let’s GO!