Howdy folks! The time is finally here for the newest Ultra Beast, GUZZLORD! Along with some Shadowy new  friends. No more dilly-dallying… let’s dive right in! Well, right after our Bottom Line Up Front….

Alright, now for the deeper dive….

Alright, so let’s talk the obvious: that atrocious Defense. Most decent Pokémon in Great League have at least triple digit Defense, and those that don’t often struggle to compensate (with a few exceptions like Haunter and Gengar). Guzzlord doesn’t even break 100 when fully maxed, much less in Great League.

But to stop there — as I will admit I initially did when peeking at this thing while on vacation as its stats and moves were formally revealed — is to miss something that nicely balances it out: its sky high HP. While its Defense ranks about 750th out of the nearly 1000 Pokémon in GO, its HP lies behind only Chansey, Blissey, and the maybe-we’ll-get-it-someday Eternamax Eternatus. That’s it… that’s the list. So yes, Defense blows, but HP seems to MORE than make up for it.

Overall, it makes for a pretty bulky Dragon… more so than Zweilous and Dragalge in Great League, and moreso than Origin Giratina and Goodra in Ultra League, for a few examples… it consistently has a higher total stat product than all of those too. (At least until Giratina and Goodra run away with their much higher CP ceiling in Master League).

So despite even my own initial misgivings, the stats are more promising than not overall.

Next, the typing. While Dark/Dragon is relatively rare, it’s well understood by most PvPers thanks to Zweilous (and to a lesser extent, Hydreigon). There’s the obvious double vulnerability to Fairy damage, and single weaknesses to Fighting and Bug on the Dark side, and Dragon and Ice on the Dragon side. Beyond that, though, there is a lot of good news, with all the “elements” resisted by Dragons being preserved (Grass, Fire, Water, Electric), and the Dark side resisting Ghost, Dark, and (2x) Psychic. Quite a mixed bag, admittedly, which drives many of its more obvious wins and losses.

But before we get into that, next up are the moves.

There were some (including me) that kinda hoped for Shadow Claw, but you know what? These’ll do nicely. Snarl is a really great move, but you’ll find that Guzzie is usually happier with Dragon Tail, as you’ll see once we pull in the charge moves.

Once again, that’s a very generous selection. Thanks, Niantic!

Sludge Bomb is nice theoretical coverage versus deadly Fairies, but it’s kind of a Hail Mary as Guzzie often won’t even reach it in time for it to matter. That leaves us with Dragon Claw for spam and either Brutal Swing or Crunch for coverage and closing power (such as it is). Perhaps now it makes sense why it’s better going with heavier damage and less energy with Dragon Tail rather than Snarl… because with charge moves like these, more damage is a much higher priority than excessive energy. Snarl is a bit of an awkward fit when your most expensive charge move costs only 40 (or at most 45) energy!

So now we see things taking shape. You ideally want Dragon Tail, Dragon Claw, and one of the Dark moves. Now let’s finally get to some actual numbers!

First off: you can’t get Guzzlord into Great League… without trading. A 10-10-10 (the minimum you can get in a raid) would need to be Level 19, too low for the Level 20 you get from raiding. However, there are many ways to get it under 1500 via trading… even with a Best Friend, there are 36 possible combinations (and nearly 300 with an Ultra Friend), making it at least far easier than something like research level Ho-Oh or Latios, and even a tad easier than Tapu Fini (which has 31 possible IV spreads that hit 1500 CP or below in a Best Friend trade).

Anyway, is it worth all the effort? It would certainly seem so. Both Brutal Swing and Crunch perform nearly identically at this level, and seem to overall be superior to Zweilous. While Zweil does have an easier time with Mandibuzz, Guzzie instead manages to take down Froslass, Lickitung, Swampert, and Defense Deoxys. Might we be witnessing the end of Zweilous in Great League? Nah, probably not, but it should at least be looking over its shoulder for its new Over(Guzz)lord.

Anyway, many of those wins are aided by Guzzlord’s resistances, such as Lanturn and Swampert (Water and/or Electric resist), Victreebel and Venusaur (Grass resist), Ninetales and Talonflame (Fire resist), and a slew of Ghosts (Froslass, Sableye, Trevenant, Runerigus, Cofagrigus), Darks (Mandibuzz, Umbreon, Drapion), and Dragons (to include Altaria), with bonuses like Lickitung, Noctowl, Diggersby, Defense Deoxys, and more. It’s a pretty spiffy list of wins, and the vast majority of losses are determined by things that resist Guzzie’s moves and/or pound on it with super effective damage, exceptions including Toxapex, Nidoqueen, and Cresselia. (And with Attack being a bit higher than defaults, it can eke out a win over Nidoqueen too.) Guzzlord maintains its record in 2v2 shielding and slips only a little with shields down, with its performance being consistently better than Zweilous except for 2v2 shielding, where their win/loss rates are the same.

So yes, I would say it is worth trying to squeeze Guzzlord into Great League if you can. It’s certainly not necessary, but as with folks who have snuck in things like Tapu Fini, it CAN be a lot of fun while performing more than well enough to justify. 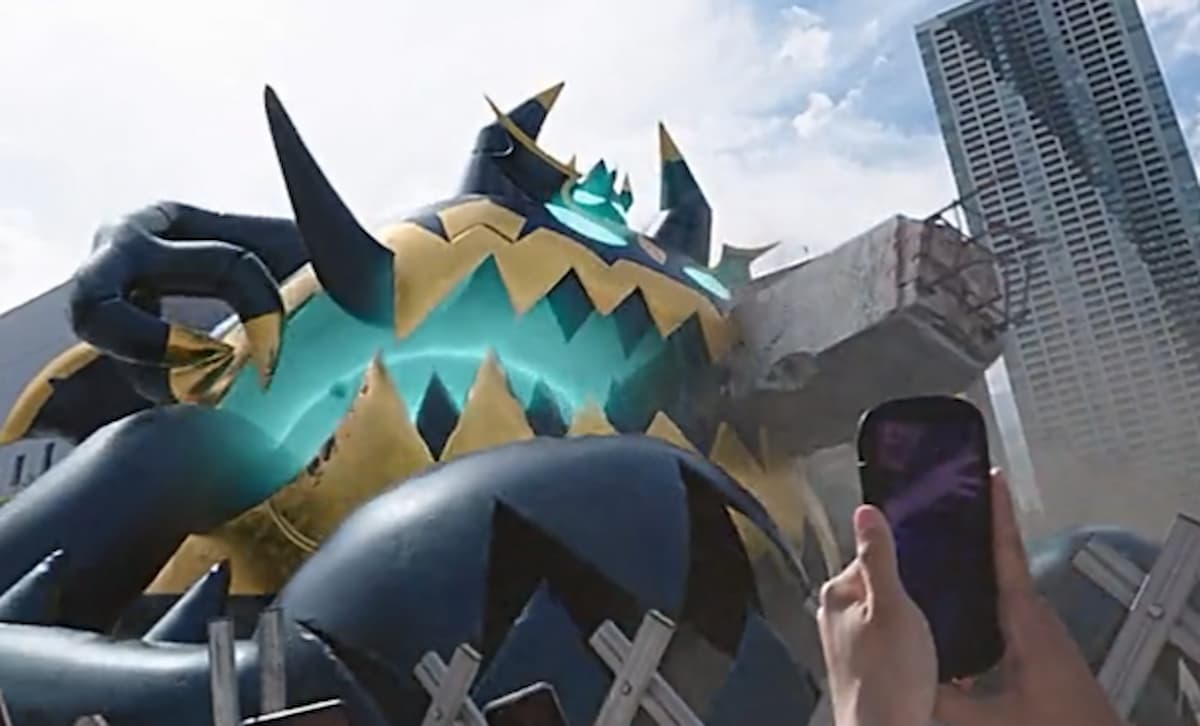 No trading hijinks required here… Guzzlord fits easily in Ultra League, even if caught weather boosted at Level 25, and performs well enough to consider. In fact, it can even get a tad better than that, either by running with decently ranked PvP IVs or with Crunch instead of Brutal Swing… both Crunch and higher rank Swing add Dragon Breath Altered Giratina to the win column. (Guzzlord already beats the Shadow Claw variant.)

Ironically though, Giratina remains a big problem for Guzzie in Ultra, as many teams are constructed with at least one way of taking Giratina down, and many of those same Giratina counters can come hard after Guzzlord as well, especially the Fairies. Additionally, with XL Registeel and XL Galarian Stunfisk running amok, there are many Fighters to be found who can also ruin Guzzlord’s day. So it’s not so much that Guzzlord is any worse at Ultra League level than it is elsewhere, it’s just that the Ultra League meta has already coalesced (there’s a ‘writer’s word’ for you!) in such a way that a Dark/Dragon type could be in for a rough ride. Guzzlord still mostly breaks even (in a variety of shielding scenarios) and will likely enter the meta as a new, viable option.

Just to highlight the main differences between Guzzie and Giratina-A:

I don’t see Guzzlord redefining Ultra League, but I DO think it will carve out its own place in it.

With a max CP of 3264, Guzzlord just can’t keep up with other Dragons and Darks that pull away. While it has a higher stat product than things like Origin Giratina, Dragonite, Yveltal and others in Ultra League, in Master League it now trails them all quite siginificantly. It remains quite bulky, this is true, but it just falls too far behind in the end. More than the other Leagues, this is where it could REALLY use a true closing move… something like Payback would be a big help. But alas. This isn’t one to build up for Master League at this time (or PvE, for those wondering… its low Attack makes it rather unsuitable there).

We’re not quite done, though. As a bonus, we have another Team GO Rocket Takeover arriving in the middle of Guzzlord’s week of terror. And with it come some new Shadow Pokémon along with the long-awaited return of Shadow Legendary! Let’s take a quick peek at the implications…. 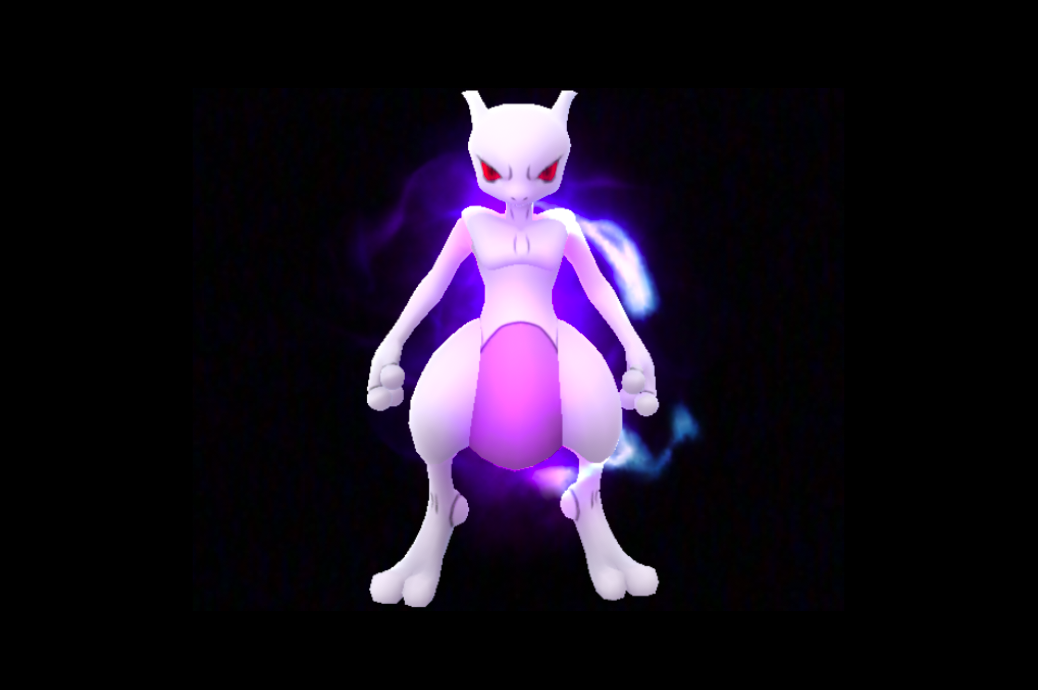 Alright, that’s it for today! Until next time, you can always find me on Twitter with near-daily PvP analysis nuggets or Patreon, if you’re feeling extra generous.

Thanks for your faithful readership, and happy raiding! May your Guzzlord trades bring you a fine Great League candidate.

Stay safe out there, and catch you next time, Pokéfriends!