Could Niantic Ever Implement Breeding Successfully? 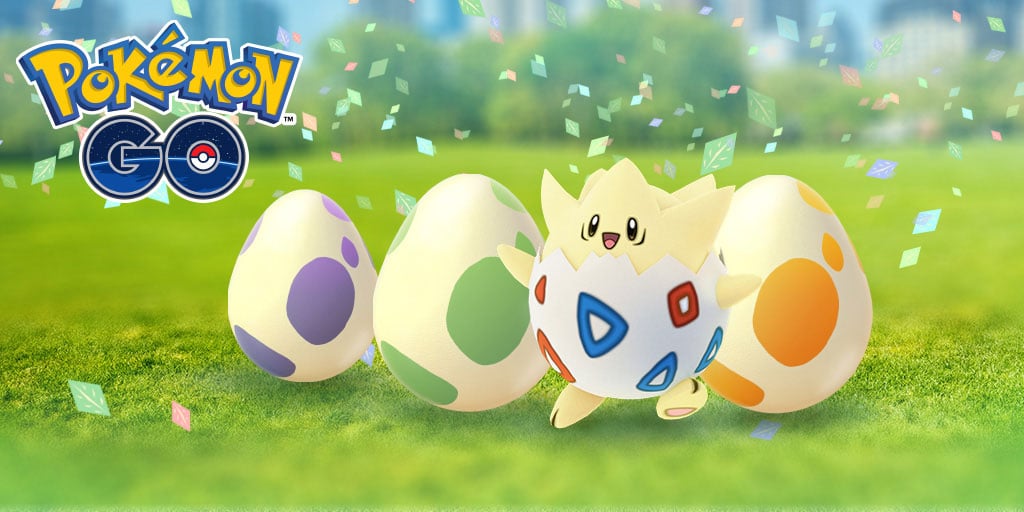 Could Niantic ever conceivably introduce a Breeding mechanic into Pokemon Go Successfully? This is something that this article will aim to explore…

Breeding is a topic that was heavily discussed at the start of 2017 when Niantic announced that it had three Major Updates to hit the game later that year. With many discussing and speculating that Breeding would be one of them but talk died down after we found out that it wasn’t (however, instead we got a Gym-rework, Raid battles and the Weather system.)

The Hub has its own guide dedicated to the subject here for a better understanding of the rules surrounding breeding, egg groups and egg moves etc. but I want to look at the ways in which Niantic might be able to implement this mechanic within Pokemon Go Successfully and the changes they might need in order for it to work within the game.

The reason that many players thought that Breeding would be introduced eventually was due to the introduction of sexes within Pokemon Go and mixed with the original mechanic of hatching eggs.

The below chart displays the above-mentioned breeding egg groups for Pokemon. As the chart shows, Pokemon within the same group can breed with each-other but Ditto can breed with anything. The gives you an indication of making some previously meta-useless Pokemon relevant for Breeding such as Pikachu, Granbull and even Deli bird as they are in more then one egg-group!

Why Would you want to breed a Pokemon?

There are a few reasons to breed a particular Pokemon. The most popular ones are as follows:

An example of Breeding for a Pokemon

Lets now take a look at how these mechanics could be implemented into Pokemon Go:

IV’s work differently in Pokemon Go as they’re aren’t as many as the main series of Pokemon Games however, they do the same job.

As a rule of thumb, if you breed a Perfect Gyarados with a Ditto, then providing the Gyarados is holding the correct item, it should pass down a specific IV to the Magikarp that comes from the resulting egg.

In Pokemon Go, we will either see Niantic implement a system where IV’s are passed down to the child randomly (or its best stat is guaranteed to be passed down along with the other two stats being determined randomly and thus keeping 100% IV Pokemon fairly rare.) Alternatively, they could implement three items for a Pokemon to hold to pass down a specific stat to its child – However this would involve having to implement held items into the game and would require a lot more work.

Either of the above methods would ensure that breeding for a perfect 100% IV Pokemon was possible but may take a particular amount of eggs before you get it.

This is a hot topic among discussions as the subject of exclusive moves have primarily been reserved for Community Days and events only so far. Could Niantic allow players to breed the move Surf from an exclusive Pikachu onto a Pichu or even an Eevee? If this mechanic was introduced, it would surely allow for some weird and wonderful combinations and therefore would allow you to breed a killer move onto a Pokemon that just wouldn’t be able to learn it otherwise.

This (in my opinion) is the only reason to breed Pokemon. To have a higher chance of hatching a Shiny. This would give collectors a reason to continue hatching eggs and chasing those ever-elusive shinies.

Imagine this: You’ve paired up your Togetic and Ditto and after a set amount of time an egg is produced. Once you have loaded up with nine of these eggs, you begin to incubate and hatch them all at once. The shiny odds (estimated to be around 1 in 256) would remain the same so you may hatch an awesome Shiny Togepi within only a few eggs or it might taker you a few hundred. Its this uncertainty that keeps die-hard Shiny hunters from the main series Pokemon Games breeding shiny Pokemon.

This is an item (again) from the main series of games that is given to you when you complete either the regional (Gen 7) or National (Gen 6) Pokedex’s. The charm increases the odds of encountering a shiny Pokemon by 3x.

“But Liam, how could this be implemented into Pokemon Go” I hear you cry…the answer is Medals.

If Niantic gave us a Shiny Charm where the odds of encountering a shiny were increased (even by a little) as a reward for obtaining the Gold medal for a particular region of Pokemon (Kanto, Johto etc.) then the Pokemon GO community would go mad! We’ve seen Mew become a reward for a quest that features a gold Kanto region medal and clothing items unlocked for purchase with the unlocking of other gold medals so its not entirely implausable.

There are a lot of ways in which Niantic could successfully introduce Breeding into Pokemon Go as well as there being several reasons to want to breed your Pokemon. What is clear is that it will take some “jiggery-pokery” for it to fit in comfortably alongside the existing game mechanics.

Either-way, we will be excited to see this feature if it ever makes it into the game. Let us know your opinions on the subject in the comments below.