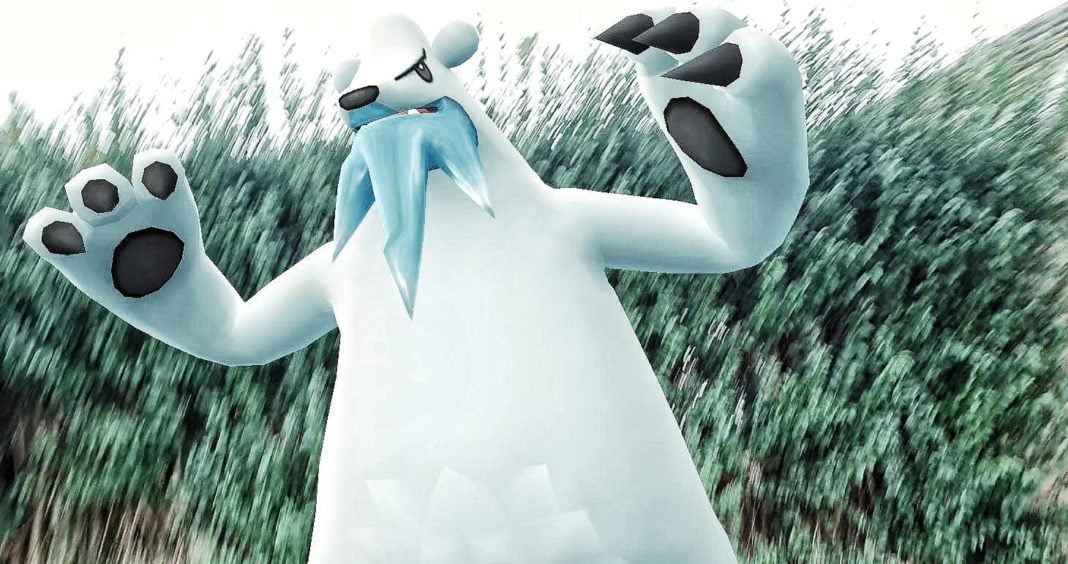 For many people the holiday season is finally here, and with so little to look forward to this year, why not go over the top with your decorations and start celebrating early? 2020 has been so tumultuous that we all deserve something to make us smile. This month we are celebrating those often forgotten Ice types that are often left out of ‘favourite Pokémon’ type lists.

You won’t find the much adored Lapras or Articuno in this list, we are all about those underappreciated faves people forget about. There are so many exciting Ice types to look forward to in future generations, from fan favourite Snom, the adorable Aurorus, through to the totally daft Vanillite, we have a lot to look forward to in Pokémon GO!

I feel like the whole Snorunt evolution line is a little neglected in Pokémon GO! Snorunt is a little cutie, Frosloss is eery and pretty, and Glalie enjoys eating other Pokémon as well as has the luck to get a Mega! Of the 3, I have a soft spot for Snorunt. It’s one of those Pokémon that we don’t really know what it looks like, because it is hiding inside a cloak to keep warm, and the mystery makes it so much more intriguing! That bright blue shiny is a really gorgeous addition to any collection, and we can’t wait to see how Mega Glalie will perform!

Poor Beartic doesn’t really get much of a look in as an Ice type for raids, with so many being so much stronger, but it does have access to both Ice and Fairy type moves in GO which could make it a spicy pick for PVP if you don’t like sticking with the meta! But with a lack of access to the most powerful Ice type moves, it is outshone by a lot of other Pokémon sadly. How do you pronounce Beartic? Are you a Bear-tic or a Be-Artic pronouncer? Beartic has a shiny that is reminiscent of Alolan Vulpix, subtle but purple themed and really pretty, and at least it looks less snotty that Cubchoo, with the icy snot bubble becoming more of a moustache and beard type combo in Beartic. 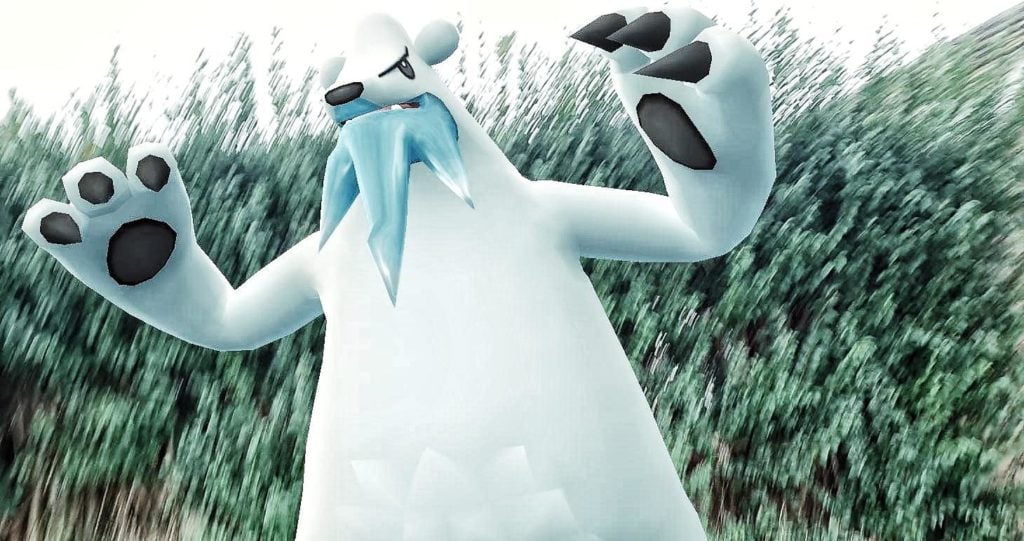 In Pokémon GO we currently only have access to the Standard Mode version of Galarian Darmanitan, and not the Zen Mode, but quite honestly, I love them both! Galarian Darmanitan is a really fun design, some sort of giant ape inspired snowman, whereas the Zen Mode embraces the full on snowman theme, and that green shiny is fantastic! It isn’t the best Ice type out there for battling, but it can be a good easier to access Pokémon for raiding the likes of Zapdos. With only being accessible through 7km eggs it can be quite literally a forgotten Pokémon, but it is well worth getting yourself a decent one in your collection! 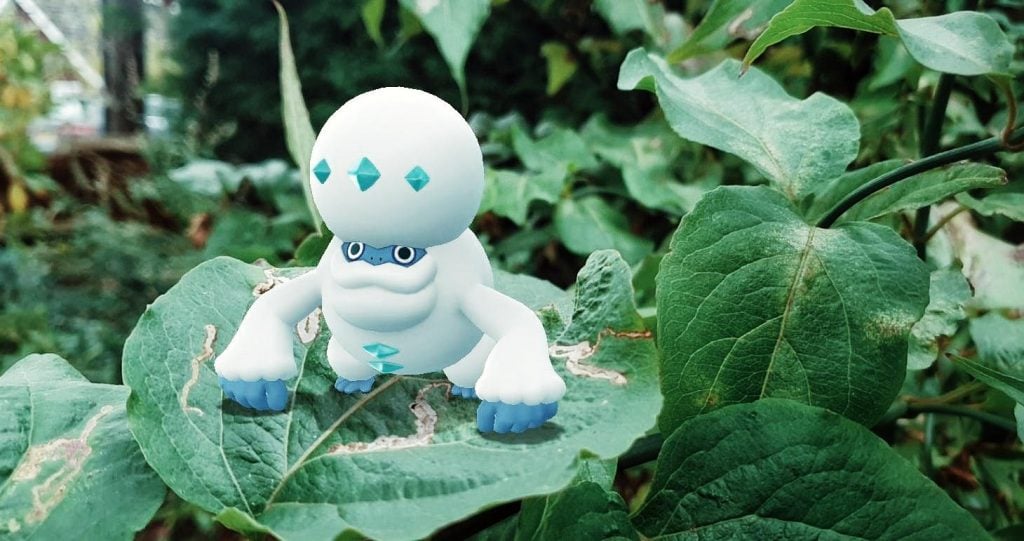 Alolan Ninetails is a hugely popular Pokémon, but I don’t think Alolan Vulpix gets enough credit! ‘Elderly people in Alola call this Pokémon by an older name—Keokeo’, Keokeo takes inspiration from the Hawaiian term for ‘spotless’ or ‘white’, which definitely suit Alolan Vulpix. It could also be interpreted from Hawaiian as a reference to the whiteness of the breaking waves, which Vulpix tail fits beautifully. What a lovely bit of Pokédex lure! The inspiration the the breaking waves and the curl of Vulpix’s tail is such a gorgeous image, and the perfect theme for an Alolan form. 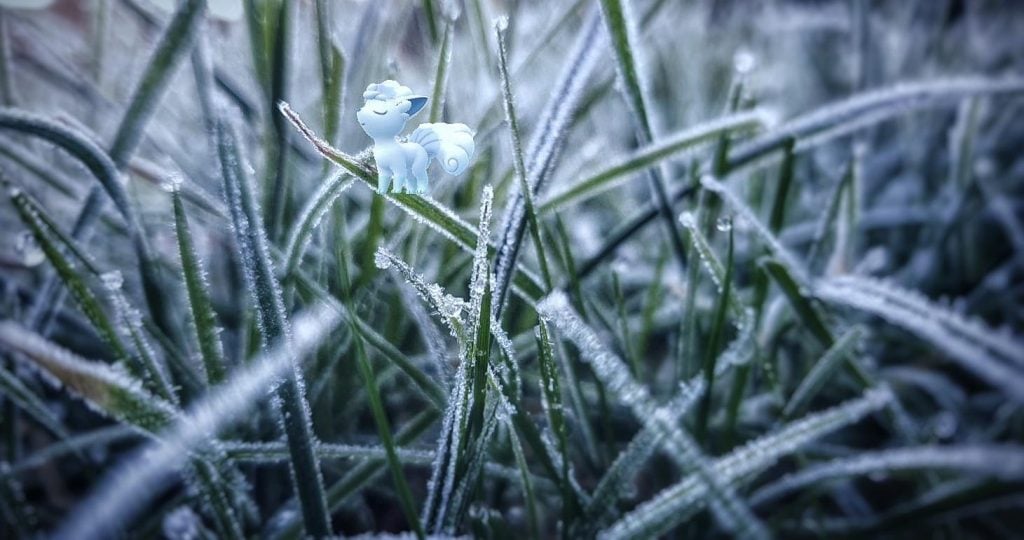 Cryogonal is another Ice type that is quite literally forgotten about because it only spawns in such specific conditions, either in snowy weather, which many parts of the world never experience, or by using a Glacial Lure at a Pokéstop. Even with the Glacial Lure, Cryogonal is a very rare spawn, I know it took me a lot of attempts using one to finally get it in my Pokédex! Now hear me out, why on earth am I including this fairly useless snowflake Pokémon in our forgotten faves? It doesn’t evolve, has a frozen expressionless face, and is so rarely seen, so why include it? Because it is unique! Cryogonal doesn’t get much love, but I hope to see the AR community embrace it more in winter because it has such a lovely design, and that shiny is fantastic whenever that is released! 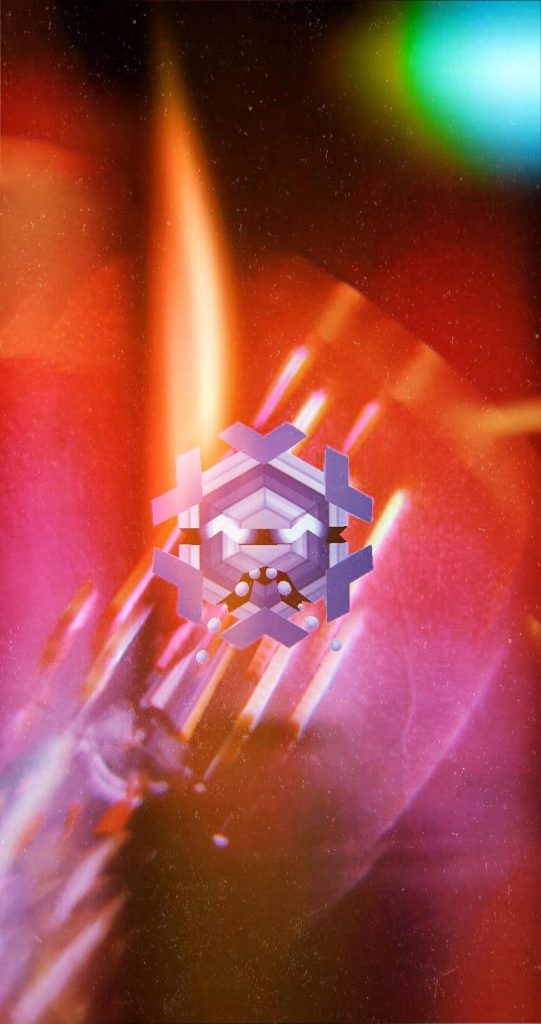 Kanto cutie Dewgong is seeing a huge resurgence in popularity thanks to PVP! Dewgong ranks really highly in Great League, especially if you are lucky enough to have access to one with both legacy moves, Ice Shard for the fast move and Icy Wind for a charged move. Not only is Dewgong a PVP MVP, in my opinion, it is also a truly beautiful Pokémon, especially when shiny. That gorgeous pale gold might be subtle, but it is a really outstanding colour choice. 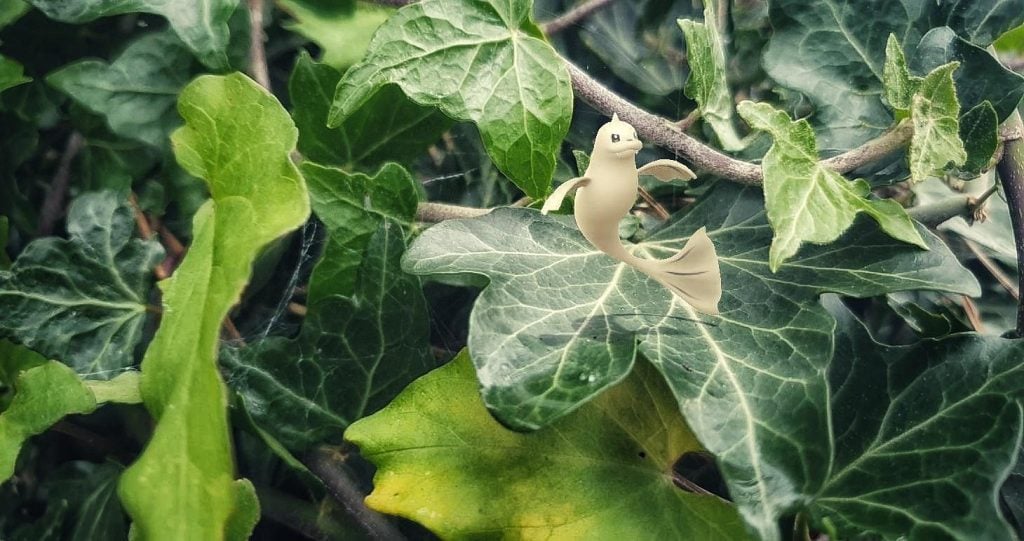 We have a lot to look forward to in terms of Ice types, personally I can’t wait to see Avalugg in game, Sword and Shield gave me such an appreciation of it that I didn’t have before. We have the truly ridiculous Vanillite that could potentially be released this holiday season as it is from the Unova region. We also have the adorable Amaura in the Kalos region, and the hilarious Crabominable in Alola. Plus, we have real fan favourites Kyurem Black and Kyurem White to come, could we potentially see them this December?

Did we miss out your favourite Ice type? Do let us know in the comments below!