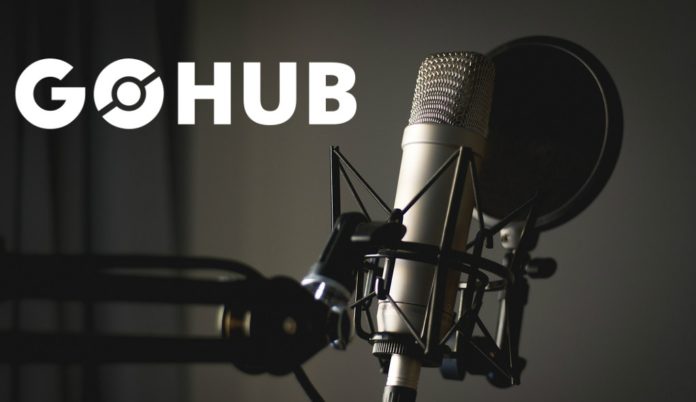 We have come a long way since GO Hub reacts to Feebas Day and we are here for the follow-up. Yes, we did skip Clamperl Day, but there was not much more to say about Clamperl other than the shiny rate was higher and the quests were a little easier, but Lotad Day blew Feebas and Clamperl out of the water. Ha. Water jokes.

With several changes including: a longer event time, bonus wild shiny, and an even more extensive variety of quests, Lotad Day seemed to be accepted in the world of Pokémon Go as a good event. So, let’s react to it!

Leave your answers to the following questions in the comments below; we’d love to hear your opinions!

This is another long article, feel free to skim our ideas!

What do you think went well during Lotad Day / What went better than Feebas or Clamperl Day?

The tasks were nicely varied and quick to complete compared to Feebas Day, which is more satisfying as you feel you’re making better progress and therefore getting a better chance at finding shinies. Some tasks like battling gyms or completing raids aren’t very efficient unless you’re in a high Gym density area, but since we had 9 hours, they were still worth doing.

Comparing to both Feebas and Clamperl Days:

– Loved the idea of a surprise shiny as we were given with Clamperl. No expectations going in, fun and surprises by the time it was over.

– Clamperl’s shiny rate seemed high, which was great due to needing several of them since the evolutions were random.

– Lotad day offering a wild shiny along with a task shiny was a nice twist.

– Having 9-hrs to play was fabulous! No stress to grind.

The bonus spawns made it feel more like an event.

So much went better since Feebas and even Clamperl day. The long time frame is a massive win, giving people with varying schedules a chance to play while not forcing people to participate the entire time. The quests were way more varied and easier to stack and collect more. The shiny rate wasn’t awful; I got about 6 in 100 some tasks. Having extra spawns and a wild shiny made the grind more worth it.

The research was significantly more doable, compared to before.

It was longer, which was a huge help.

First of all, the time period. They increased it, and I appreciate it. Gave me more time to do quests (I did 97). Second of all, the shiny rate. It seems to me that it was improved (5 shinies in 97 quests). And last, the quality of the quests. They made them easier to complete which made the event so much better!

Easier quests and the long time window, it was way better than Feebas.

Longer time to play- was able to spend time playing, then take a break for food and then continue again. Also helped people locally who worked different shift patterns.

The fact that it is not confined to Community Day hours meant I have the freedom to play whenever I’m available, especially for me who have erratic work hours and tend to sleep during daytime.

The duration of the event. More people can participate cause you’re not bound to a (small) 3-hour window.

What aspect of the event can still be improved on?

As a Trainer that’s very meta-focused, I prefer events that offer an exclusive move that improves on a Pokémon’s existing moveset, whether that be as a Raid attacker or in PvP. Shinies aren’t a main focus of mine so if there had been something that made Ludicolo more useful in battle I’d have probably gone harder at this event. As it was, I probably played for about 2 hours, got one shiny from about 40 tasks and then had to call it a day.

I think that in the event two shiny forms are available in future events such as this, and they are gained different ways (i.e., wild/research tasks), then the Research Task shiny should have the higher shiny rate. Performing tasks requires more work, in my opinion, then finding shiny in the wild with boosted spawns.

I think the wild shiny rate could be toned down a bit; I am not sure if it was just because I played for 8 hours straight, but they seemed way too upscaled, especially for a Pokémon like Castform with no evolution.

Finding more unique and fun quests to do that don’t feel tedious.

This event is severely limited by the number of PokéStops a player can access. Extending the time is useless when the number of available research tasks is limited.

Raise the shiny rate a little.

The battling and raiding quests. I feel like those quests are too abundant, such as “Battle in a Raid” and “Use a Supereffective charge move.” Don’t get me wrong; they aren’t bad quests. They’re simply time-consuming.

The wild spawns were very bad, that would be nice if they boosted them like the Clamperl day.

A greater variety of tasks that could be completed quicker. At times the pace of the tasks seemed to slow everyone down.

I’m quite satisfied overall in the event. It’s just weird that the other forms don’t have a shiny. My original gripe was that they didn’t release the other formes with a shiny, but Kristy pointed out that they don’t exist hahaha (speaking about Castform formes).

The shiny rates of Lotad weren’t really balanced out I think. I got two shinies at the beginning of the event (first ten quests) and did not get another for the next 70-ish quests. Castform shiny rates were outrageous, on the other hand, so I think that can be improved and balanced more! If you’re featured Pokémon is Lotad, the focus should be that.

I did not have any complaints about Lotad Day.

What suggestions would you make for future events, if any?

The nine-hour timeframe was a big improvement as it removed the pressure that a smaller time window imposes, but exclusive moves for the fully evolved Pokémon would definitely encourage me to play for longer.

Take the aspects of these events that seem to work, continue doing them, but switch them around/mix them up to keep the events from becoming stagnant such as that of the trend we see with Community Day.

I love where you’ve gone, Niantic, improving these events one feedback snippet at a time. Stardust, XP or other incentives (even if like Feebas, was something like triple XP for ‘water’ types) would be fantastic.

Not making the side Pokémon, in this case, Castform feel like the main event Pokémon.

PokéStops should refresh their tasks. Maybe not immediately, but after a certain amount of time. It evens out the event by allowing people in less Pokéstop dense areas the capability of completing tasks the way bigger cities can.

Make the quests faster to do.

They should definitely make the “Battle in a Raid” quests and similar ones rarer. Also maybe a slightly better shiny rate? I’m mostly speaking for other people who didn’t have the luck I had in what comes to shiny rate.

Thought it went pretty well. Doing on a Sunday would be awesome!

They should make the research from research events independent from regular quests, meaning you can still get the average research after the event even if you already finished the event research on a certain PokéStop.

I can’t think of anything specifically, but more Stardust bonuses would be awesome because I need to max out those mons you know.

So many varying opinions that are fantastic to look see! From Feebas to Clamperl, to Lotad there have been some drastic changes in the way these new Research Events have been conducted, and we collectively think they are all changes for the better! So, what did you think about Lotad Day? Let us know in the comments below!