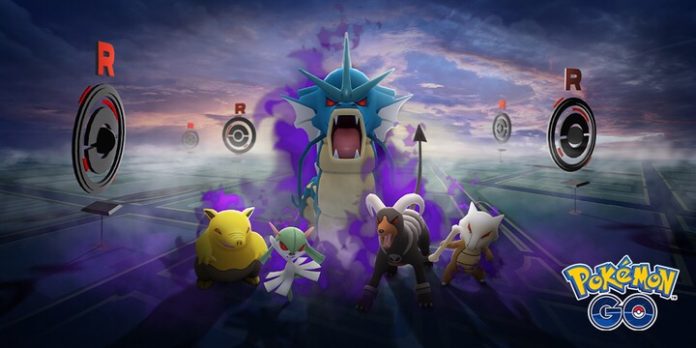 With the release of Team Rocket came a couple new Pokémon forms, Shadow and Purified. What do these variations do? Does it change the gameplay? Is there any added benefits from one VS another? Let’s dive into the pros and cons of each along with a little speculation to reach an epic conclusion!

We can all agree, Shadow Pokémon look amazing. Some look better than others, but overall most love the eerie powerful look these Pokémon have. Except, they aren’t more powerful than a non-Shadow form. Which is rather strange considering in the 2 GameCube games, Shadow Pokémon used very powerful Shadow moves exclusive to them that dealt massive neutral damage (super effective vs non-shadow in Pokémon XD). Below are the list of pros and cons:

Although there currently is no benefit to having a Shadow Pokémon, I’m still hopeful that Niantic will incorporate some buff to them where they are actually usable. Whether that’s an increase in power or access to exclusive strong Shadow moves, we will have to see. With Giovanni looming around, perhaps he may bring that change with him into he game?

For a video explanation of the importance of Shadow Pokémon, you can watch here.

This is where all the benefits weigh in. Even though Purified Pokémon don’t look as good as Shadows do, they bring with them so many unique benefits that is doesn’t even matter. For example, your chance of getting a 100% IV Purified Pokémon (or a 100% in general) is the highest chance of a perfect Pokémon in the entire game! You need a minimum of 13/13/13 IV stats on a Shadow Pokémon for it to become 100% once Purified. That’s amazing! Especially, when there are some very powerful Pokémon currently released as a Shadow form (Dratini, Ralts, Mudkip, ect…). Of course this isn’t the only good thing. Below are more pros, but also cons:

Honestly, there doesn’t seem to be much Niantic can do to make Purified Pokémon any better. They already lowered the costs to Purify Shadow Pokemon, so that’s no longer a huge issue. But, having the cheaper power up, evolve and new move costs involved with Purified Pokémon are a fantastic addition to the game. Especially when there’s a potential to get Legendary Pokémon this way.

If you are wanting to become a more powerful trainer while minimizing your stardust/candy cost, Purified Pokémon is the way to go. With more and more new Shadows being put into the game, this is actually becoming a better grind for high IVs than any other method in the game. Why? Well if you grind for high IVs through raids or eggs, that includes spending money on raid passes and incubators. Yet, grinding Team Rocket stops are FREE. Of course, it’ll cost you some potions and revives. Still, a free and efficient way to grind for high IVs should be much appreciated. Again, I’m still hopeful that Shadow Pokémon might get a power boost in the near future. Otherwise, the costs do not outweigh the awesome look of those Pokémon. I’m curious what you guys would like to see added to Shadow Pokémon that’ll make them more usable. Leave a comment below!