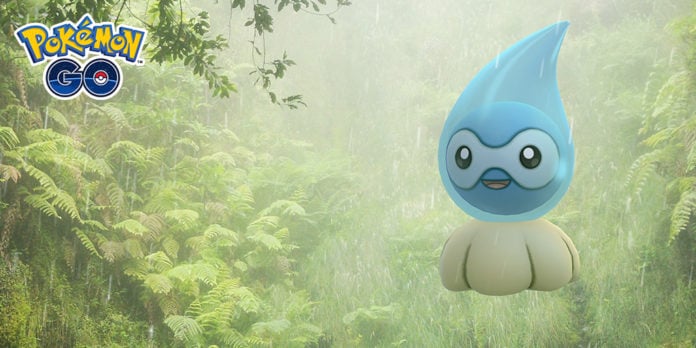 As the Charge Up event fills the air with electricity, we’re receiving forecasts of some wild weather on the horizon! We’re excited to announce the first-ever Weather Week event, during which Pokémon that enjoy rainy or windy conditions will be appearing more often in the wild.’ 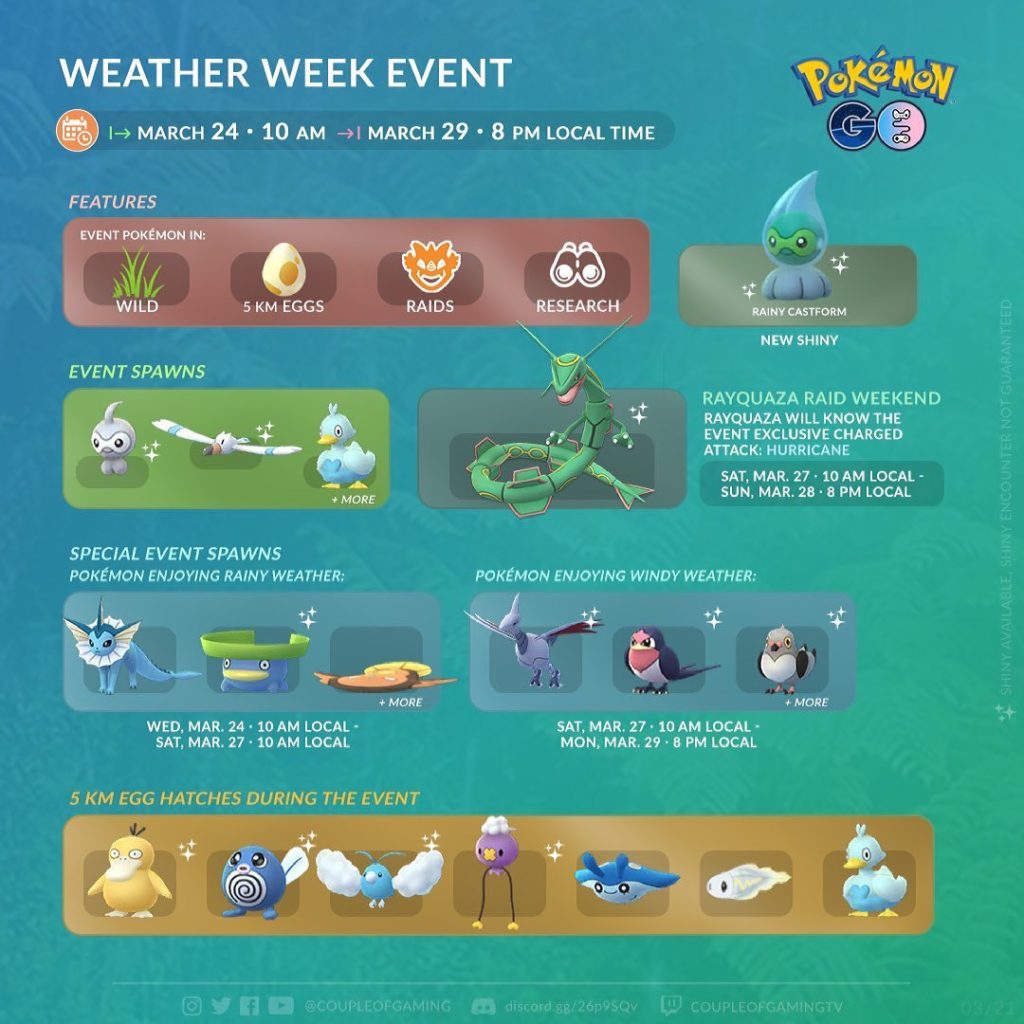 Castform will be appearing more frequently in the wild throughout the event, alongside other Pokémon that tend to appear when it’s either rainy and windy, like Wingull and Ducklett. If you’re lucky, you might encounter a Shiny Rainy Form Castform!

Shiny Rainy Form Castform is huge news, because it has never appeared before in any Pokémon game! This makes Castform the first ever Pokémon to be shiny in Pokemon GO before any game that existed before Pokémon GO.

While Meltan made its debut in Pokémon GO, it was a brand new Pokémon, whereas Castform has been available only as a shiny in its normal form in all other Pokémon games. 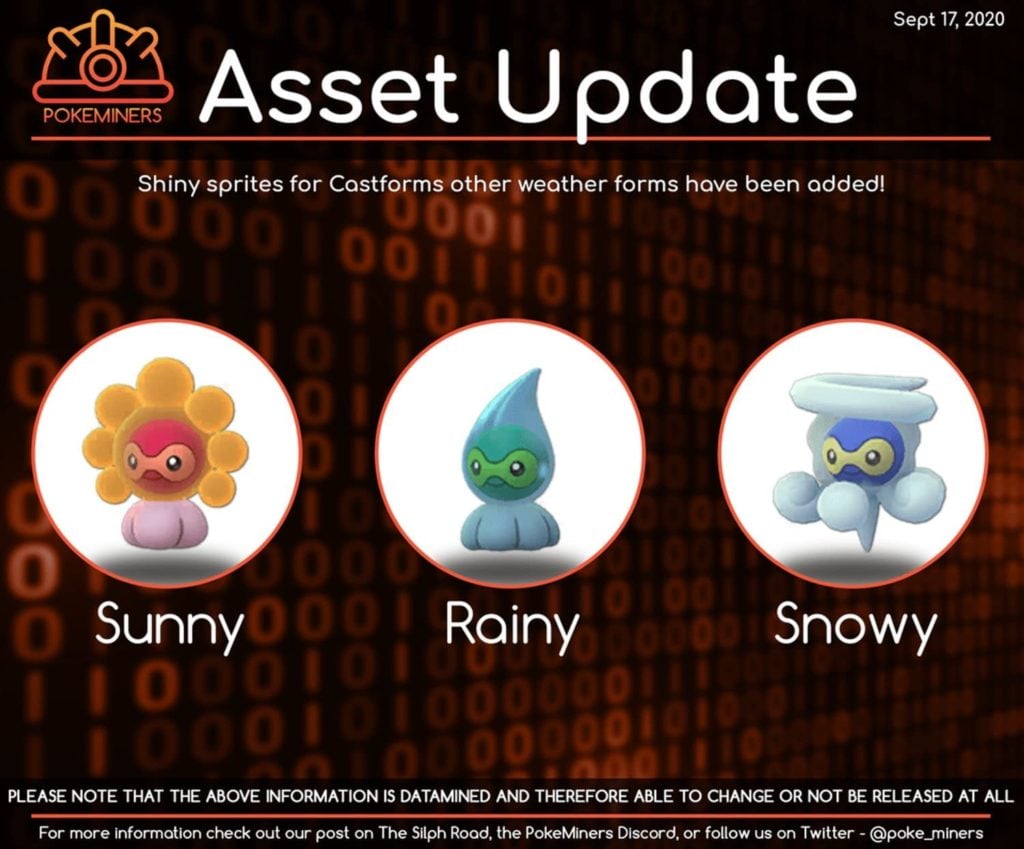 The shiny sprites for the other forms of Castform were found by the PokeMiners in 2020, and now we finally have news of the first one coming to Pokémon GO. Could we see more themed Weather Weeks in the future to release Sunny and Snowy? Who knows!

Shiny Rainy Form Castform is being released during the Weather Week event:

The following Electric-type Pokémon will be hatching from 5km Eggs:

Event-exclusive Field Research tasks will be available during the event to encounter Pokémon like Rainy Form Castform and more.

Rayquaza will be making an appearance to accompany Weather Week’s release of Shiny Rainy Form Castform and increased wild spawns of Pokémon that enjoy Windy conditions.