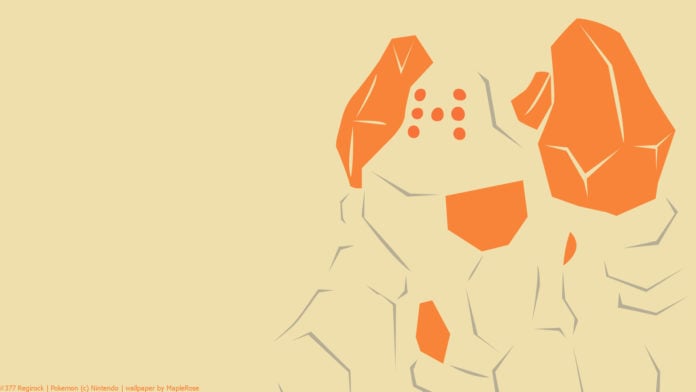 Best Regirock counters are Metagross, Swampert, Dialga, Kyogre, Machamp and Groudon. Regirock is weak to Steel, Water, Fighting, Ground and Grass types, with more than one usable counter per type.

In this guide, you will learn which counters are best suited against the Legendary Pokémon, Regirock. You need a minimum of 4 players for Regirock , but our recommendation is to go with around 5-7 Trainers.

The following Pokémon are considered to be best counters to use in a Regirock raid.

Metagross as a Regirock counter, what? You read it right, Metagross can deal damage quickly thanks to it’s Community Day exclusive move, and it’s a great option if you want to conserve potions, especially if you are matched against Stone Edge Regirock.

Swampert resists Electric and Rock moves, which makes a large portion of Regirock’s move pool less dangerous. Combine that with Hydro Cannon’s devastating damage and you got yourself a better version of Kyogre.

Dialga resists Electric and Rock-type moves, and its legendary stats and solid moves perform wonderfully versus Regirock. Metagross deals more damage with Meteor Mash, but Dialga is no slouch either.

Kyogre, as usual, is a beast in this match up, even if it dies a lot versus Zap Cannon. On average, Kyogre will perform a bit better than Machamp but due to the unfortunate ZC bringing it down, we’re giving it 4th place on our list.

Machamp is a great Regirock counter, takes reduced or neutral damage from all Regirock attacks, deals a ton of damage and has a great TTW in most simulated match ups. You can’t really go wrong with Machamp, but there are better options listed above.

Our choice of counters is not surprising as Regirock has access to the following moves:

Regirock’s move pool is features mostly Rock and Fighting type moves, which makes picking counters a breeze. If you follow our counters advice, none of the moves is especially dangerous.

Focus Blast is traditionally Regirock’s most dangerous charge move, simply because most counters take neutral damage. Focus Blast can deal a lot of damage, so be sure to dodge it whenever possible.