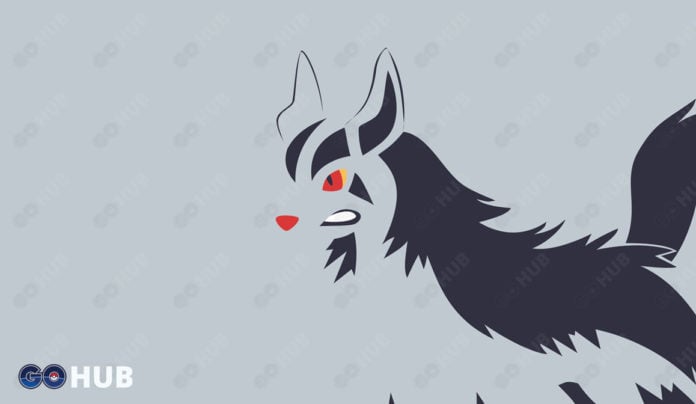 Pokémon GO Poochyena and Mightyena are the second Pokémon GO family being solely dark typed and not having a dual type in its mix. The first purely dark Pokémon was Umbreon. Compared to its Generation 2 predecessor, Mightyena’s Max CP (1783) is significantly lower than anyone wants it to be. With decent DEF (137) and STA (140), it is still required to dodge a lot to utilize Mightyena’s above average ATK (171).

Mightyena is an interesting low end addition in the current meta. Although it can’t compete with Umbreon nor Houndoom, it has a role as a low end bruiser, depending on the moveset it has. Mightyena is commonly available and is more or less the Raticate of Generation III.

One of the most interesting movesets is Bite / Play Rough, which enables it to deal super effective damage to other dark types.

Performance wise, Fire Fang is comparable to Bite, especially in conditions where Clear weather is more common than fog. Fast moves aside, we recommend using Crunch or Play Rough over Poison Fang in every situation. Poison Fang is simply too weak to be considered viable in the current meta.

There is a distinct change in color between a normal Poochyena and Mightyena compared to their shiny counterparts. Normal ones have their signature dark theme of grey body and black upper fur, but the shiny ones have their yellow body and dark brown upper fur.

Mightyena made its television debut on the 285th episode of the Pokémon series (Advanced Generation: Episode 11) titled “A bite to remember”.