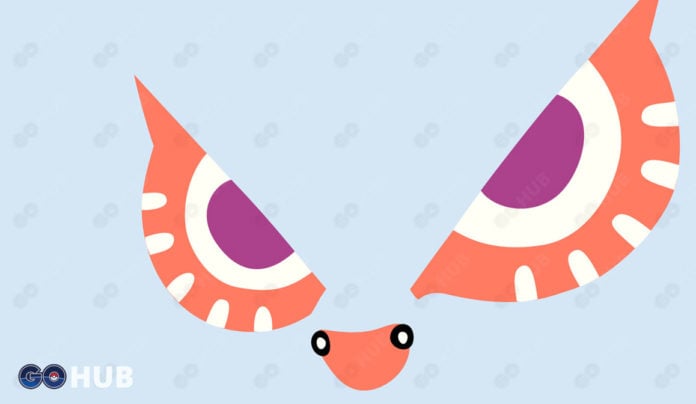 Surskit has the same interesting type transformation in Pokémon GO as in the main series games. It’s a bug water Pokémon that evolves into a bug flying Pokémon.

Masquerain’s Max CP is 2135, but its stats are not good enough to hold a gym or take out any raid Boss. Like many other Gen III entries, it’s yet another Pokémon to catch and transfer after their Pokédex entry has been filled.

With 192 of ATK, 161 DEF and 140 STA, Masquerain is simply average in Pokémon GO. It’s a bit stronger than Dustox and Beautifly, but still very fragile. Especially if you consider that its type has numerous counters, the future of Masquerain in Pokémon GO looks very bleak.

Surskit loves rainy weather, and its evolution Masquerain loves both rainy and Windy weather because of its type.

Masquerain in the Pokémon GO metagame

Masquerain in Pokémon GO is on a solid way to fail in any popular role, as it’s CP places it solidly in the low tier bracket, or what we like to call at the Hub, the Scyther Limbo.

Due to it’s low Max CP it can’t go toe-to-toe with any of the of existing mid-ranked Pokémon, and it’s low stats make him mostly useless for almost any raid battle.

With the exception of Scyther and other higher ranked bug types, Masquerain doesn’t have strong advantages over other Generation I and II Pokémon.

Masquerain’s best moveset is a solid one, benefiting from STAB with average DPS. However, due to weak stat and type, the potential of this moveset is still wasted.

Silver Wind has the most DPS with any quick move, but Air Cutter does not fall too much behind. Ominous Wind is the worst possible charged move, even though it’s fastest, simply because it doesn’t benefit from stab.

A normal Surskit is mostly blue all over it’s circular body and limbs. It also has a yellow cap on its head, and pink half-circles under its eyes. A normal Masquerain is blue colored on its head, body and rhombus-shaped wings. It has a pink nose area. It’s antenna resembles angry eyes. It has 3 layers, the outermost layer is pink with white lines along the rims, the middle layer is white, and the innermost layer is dark pink in color.

A shiny Surskit is mostly maroon all over it’s circular body and limbs. It has a yellow cap on its head, and deep pink half-circles under its eyes. A shiny Masquerain is bright green colored on its head, body and rhombus-shaped wings. It has an orange colored nose area. It’s antenna resembles angry eyes. It has 3 layers, the outermost layer is light green with light yellow lines along the rims, the middle layer is a light yellow, and the innermost layer is dark pink in color.