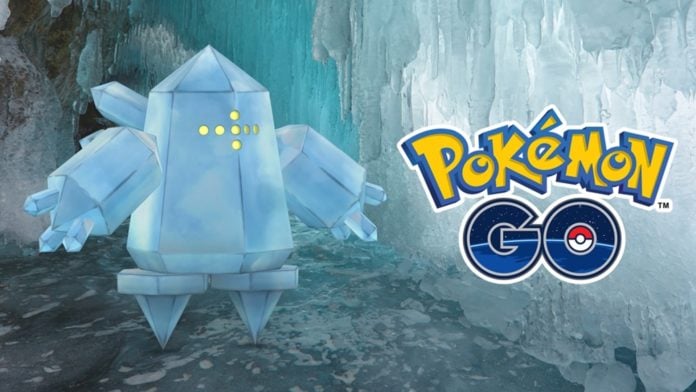 Best Regice counters are Metagross, Chandelure, Moltres, Entei and Charizard. Regice is weak to Fighting, Rock, Fire and Steel moves, but most of its counters are strong Fire Pokemon. Regice max capture combat power is as follows:

In this guide, you will learn which Pokemon are best counters for the Legendary Pokémon Regice. To take down Regice, as long as you prepare well using this guide, should be able to go down with around 6 trainers, or at minimum 4 players.

Looking for the finest selection of Regice Raid counters on the internet? Look no further Trainer, you’re in the right place. Now bring out those Fire types and let’s melt some ice!

Best all around Regice raid counter, takes reduced or neutral damage from most Regice attacks (Earthquake excluded of course), has enough bulk and deals a lot of damage very quickly.

Moltres goes toe to toe with Charizard, and is actually the preferred counter versus Earthquake and Focus Blast, as it’s Flying typing reduces the damage from both.

It’s time to pull those Blast Burn Charizards from retirement, as this budget Moltres does wonders against Regice.

Former best all around Regice raid counter, also takes reduced or neutral damage from most Regice attacks (Earthquake excluded of course), has enough bulk and deals a lot of damage.

While picking counters, we tried our best to pick counters that deal a large amount of damage and take reduced damage from Regice’s moves. Regice has access to the following moves:

Knowing what Regice’s weaknesses and strengths are, we can now take a better look at Regice and weather effects on it. We know that Regice gets weather boosted in snowy weather which for many trainers can be very hard to come across, but honestly don’t worry — it really isn’t worth waiting for snowy weather to do a Regice raid.

Like we saw, Fire types are very effective against Regice, so it is recommended you wait until sunny weather to have some extra strength on your side, just be cautious if Regice has Earthquake Ground.

Cloudy weather is also beneficial for boosting your Fighting types, as many players will just be putting together a team of Machamp to take on all three of the Regis.