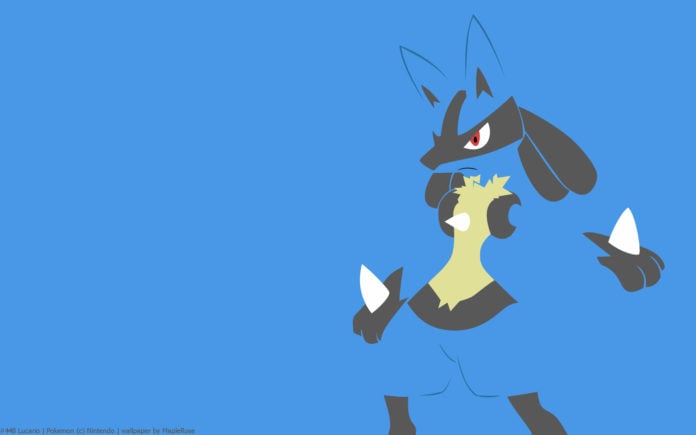 Updated as of 10/28/2018 to reflect Lucario’s addition to the game and the CP rebalance.

In the main series, Riolu evolves when its friendship is high with its trainer in the daytime, but since this is not a mechanic in Pokémon GO, it takes a mere 50 candies to evolve.

Let’s take a look on how Lucario performs in the meta, when compared to existing Steel and Fighting-type Pokémon.

This is a condensed list as there are too many amazing fighting types to come, for more view this!

Lucario has been added to the game, with the following predicted moves in the movepool:

Lucario in the Meta

Lucario will not be dethroning the king of fighters (heh), Machamp, as that right goes to possibly Gallade or the bevy of Gen 5 fighting types that will hit the scene (Update: Even this won’t happen, as Machamp received a boost in the Stat Rework, and both Lucario and Gallade’s Move pool are hot garbage). Lucario can still make its mark in the ring however. As previously mentioned, it boasts several resistances, as well as taking reduced damage from several normal fighting counters due to the regular damage taken from Flying, Fairy, and Psychic. It might not make the best gym defender because of this, as that weakness to Fighting will let Machamp pound the Anubis-mon with the likes of Slaking, Blissey, and Chansey in gyms regularly.

However, consider that the resistance will play in its favor to allow it to survive longer, and with its semi-decent movepool, might allow it to perform great in certain situations. Like a Aggron raid for example, where instead of Machamp that only resists a Aggron’s Stone Edge, a Lucario could resist all of Aggron’s movesets, save Thunder. And when one takes into consideration the cost of evolving a Lucario is less than the 125 needed to fully evolve Machop to Machamp, it might be a worthwhile Pokémon to consider as a Glass Cannon pick.

As for its Steel typing, (more on the overlook of Steel types here) it is not the bulky defensive type that most Steel type Pokémon are, as well as being outclassed stat wise by current mainstays Scizor and Metagross, who improves on it in every way stat wise. Not to mention Meteor Mash Metagross controls the Steel type meta game for the foreseeable future, even with considering Dialga’s rather good Steel move pool. It could have maybe done better with Metal Claw, but it still would not have been terribly relevant, a unfortunate fate for this rather popular Pokémon.

There is no expectation on when/if shiny Lucario will see its way into the game, however if it were to, here is its regular 3D sprite versus its shiny. Its primary blue is instead a yellow, its black accents become a dark blue, and its chest because a light blue, slightly lighter than its normal blue fur.

Sprite Credits go to pokestadium, who in turns credits the Smogon community and Pkparaiso.