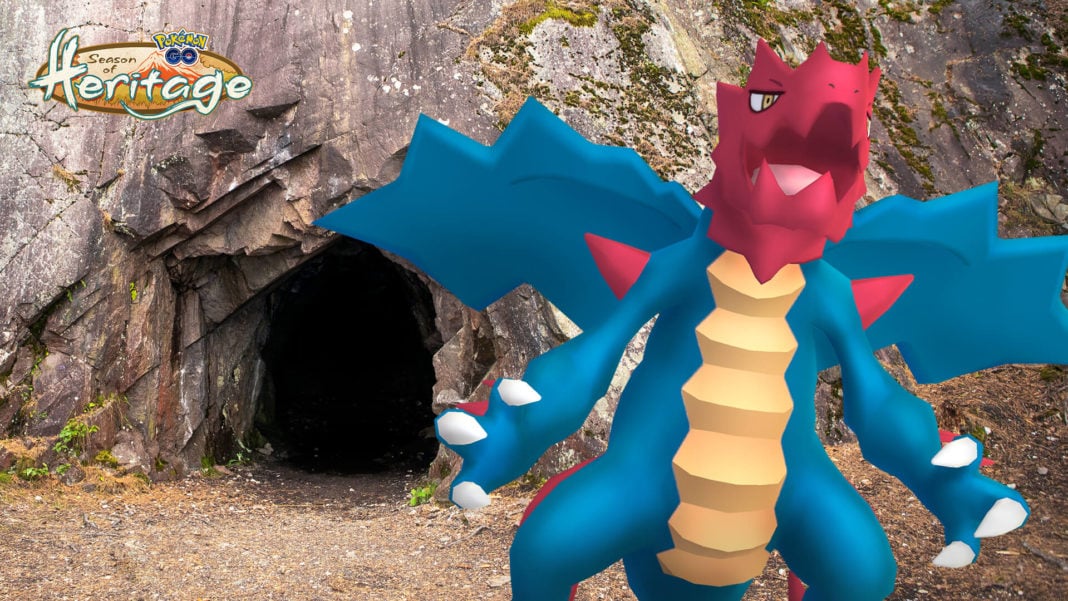 Druddigon is a T3 raid boss, so be sure you’re well prepared if you’re facing it alone. It has some powerful and fast moves, so watch out.

It’s a Dragon type, so it’s weak to Fairy, Ice and its own type Dragon. It’s resistant to Electric, Water, Fire, and Grass.

Shadows won’t be listed due to their cost and exclusivity, and Megas will be listed separately due to their unique mechanic of only being able to use one with a general boost to other raiders’ Pokémon. If you have any of the listed Pokémon as powered up shadows with a move besides Frustration, it’ll outpace it’s regular form.

Here’s a list of the top Megas to use against Druddigon. They all outpace regular Pokemon, so if you have the energy, it’s a fine idea to use one of these.

Other options for Mega Pokémon include Abomasnow, Gengar, Alakazam, Altaria, Ampharos and Gyarados. Plenty to choose from!

Druddigon is boosted by Windy weather.

Druddigon has terrifying moves as a raid boss, with Dragon Tail melting anything that doesn’t resist it, and Dragon Claw or Night Slash being spammy. Be mindful, and despite them being the stronger counters, Dragons might not be the best play if it’s running a tail/claw combo, exception being Dialga.

Druddigon may have its shiny coming out right out the gate, but it can also cause a good splash in PvP, with high power from Dragon Tail, and some quick charged attacks from Dragon Claw and Night Slash, though Hyper Beam can be funny if you manage to land it. It’s comparable to the spice pick Fraxure, though moderately bulkier and without Aqua Tail. I’m not here to give a meta analysis, so read our meta article on it.