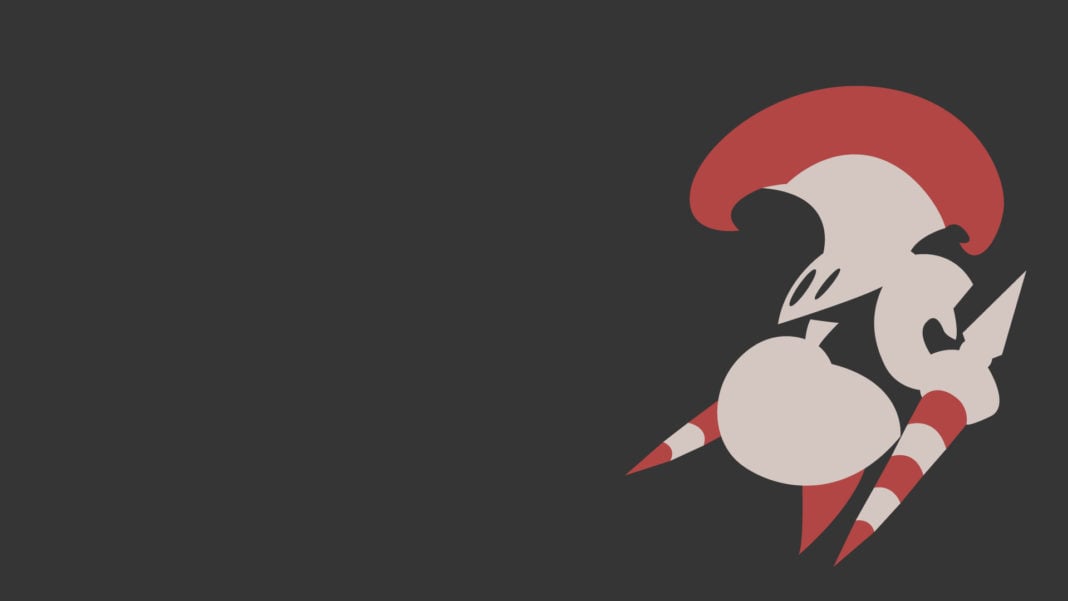 Escavalier is a Bug and Steel Pokémon discovered in Generation 5, also known as Cavalry Pokémon. Escavalier is a curious Pokémon that evolves from Karrablast for 400 Candy, or for 0 Candy if you obtained a Karrablast via trading. This duality of evolution methods is reminiscent of the core games series where you could evolve Escavalier only by trading your for Shelmet for another Trainer’s Karrablast.

Today, we’re going to do a deep dive into Escavalier’s moves, Trainer Battles capabilities and the overall usage tips.

As of the time of writing this guide, Escavalier has access to a great selection of fast and charge moves:

Despite having Bug Bite, a Bug type that benefits from STAB, Counter is usually Escavalier’s fast move of choice in Trainer Battles. Counter is a better move overall, and carries a surprise element into battles. In Raids and Gym Battles, Bug Bite is a better choice, given that Escavalier is commonly used to counter Grass-type bosses and Pokémon.

Escavalier’s charge move pool is excellent as well, with Megahorn being the essential Bug-type damage source and the rest of the moves being tools that Escavalier can employ in various situations. In Raids and Gym Battles, players often combine Bug Bite with Megahorn to deal super effective damage to Grass types across both moves.

However, that’s hardly the whole story – especially in Trainer Battles. PvPoke’s analysis tells a different story when it comes to charged moves:

This distribution may be a bit confusing at first, but remember that Flying-type moves deal increased damage to Grass-types as well.

However, despite this percentage, usually you will see Escavalier running with Counter Fighting, Aerial Ace Flying and Megahorn Bug in Trainer Battles.

Despite Acid Spray being a statistically better option across all possible match ups, Megahorn performs better against meta relevant match ups – especially in higher ranks. In other words, if you focus on defeating the meta relevant Pokémon in Trainer Battles, you want Megahorn and Aerial Ace as your charge moves.

That leads us to a simple conclusion. Escavalier’s best moveset for Trainer Battles is:

If you’re reading this, you’re probably wondering how to use Escavalier effectively in Trainer Battles. Completely understandable, as Escavalier’s moves can be confusing – especially when you start thinking about the potential team compositions.

For this guide, we will keep it simple and focus on what Escavalier does best: countering Grass, Dark and Psychic types. We won’t extend the guide into Master League as well, as our readers often complain that ML is too costly to be competitive in and that they enjoy Great League and Ultra League more than they do ML.

However, most of the strategies outlined here also apply to ML match ups as well.

You can read more in our Escavalier PvP Guide: Great League article.

The following Pokémon are the greatest threats to Escavalier:

Alolan Marowak is an especially big threat, since Fire Spin can completely devastate Escavalier. Registeel is a problem, since Charge does some damage, but your charged moves are useless against it.

It’s interesting to see how Escavalier’s performance against Registeel improves in the Ultra League. With the added HP that comes from higher Pokémon level, Escavalier can now go toe to toe with Regi and actually win a significant percentage of match ups. It’s the power of having Counter as a fast move combined with increased HP that makes all the difference.

Cresselia match ups are generally bad for Escavalier, but it can still do a significant amount of damage and can actually win if Cresselia is not at full HP or doesn’t have the shield advantage.

The following Pokémon are the greatest threats to Escavalier in the Ultra League:

Common team to run Escavalier in the Ultra League: