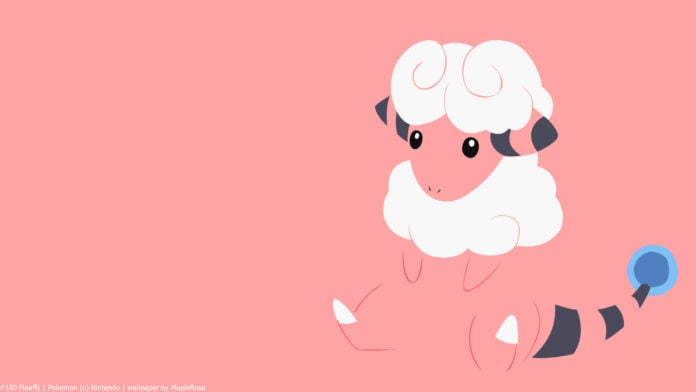 Flaaffy is a Generation II Pokémon that made an appearance in raids as a Tier III Boss during the Valentine’s Day 2019 event. Flaaffy is an electric type, meaning it is weak to only ground types while being resistant to electric, flying, and water types. It is boosted by Rainy weather, has a Raid Boss CP of 10690, and leads to its capture CPs being in the following ranges:

When compared to its fellow Raid boss releases for the Valentine’s 2019 shakeup, Flaaffy has to be one of the easiest, not only being soloable but with its extreme weakness to ground types, it will barely last in the fight. Movesets, your choice of Pokémon, and their levels, hopefully, all at or above level 30, can determine a successful solo or not, so take this all into consideration.

You really don’t have much to worry about when it comes to any of Flaaffy’s movesets. If you come in with a strong team of ground types, none of its moves should be of any issue to you and your team. Unless if you want to try something gutsy and jump in with a bunch of water types, I see it as nearly impossible for Flaaffy to get any significant amount of damage on your team.

Rainy weather will allow for a boosted raid, although it will make it a bit more difficult to take down if it comes in with electric moves (which is still easy to take down). Otherwise, your best option to take Flaaffy down would be in the Sunny or Clear weather where ground types know no limits. Since Flaaffy has a pretty predictable moveset, there shouldn’t be that many surprises when it comes to weather effects.