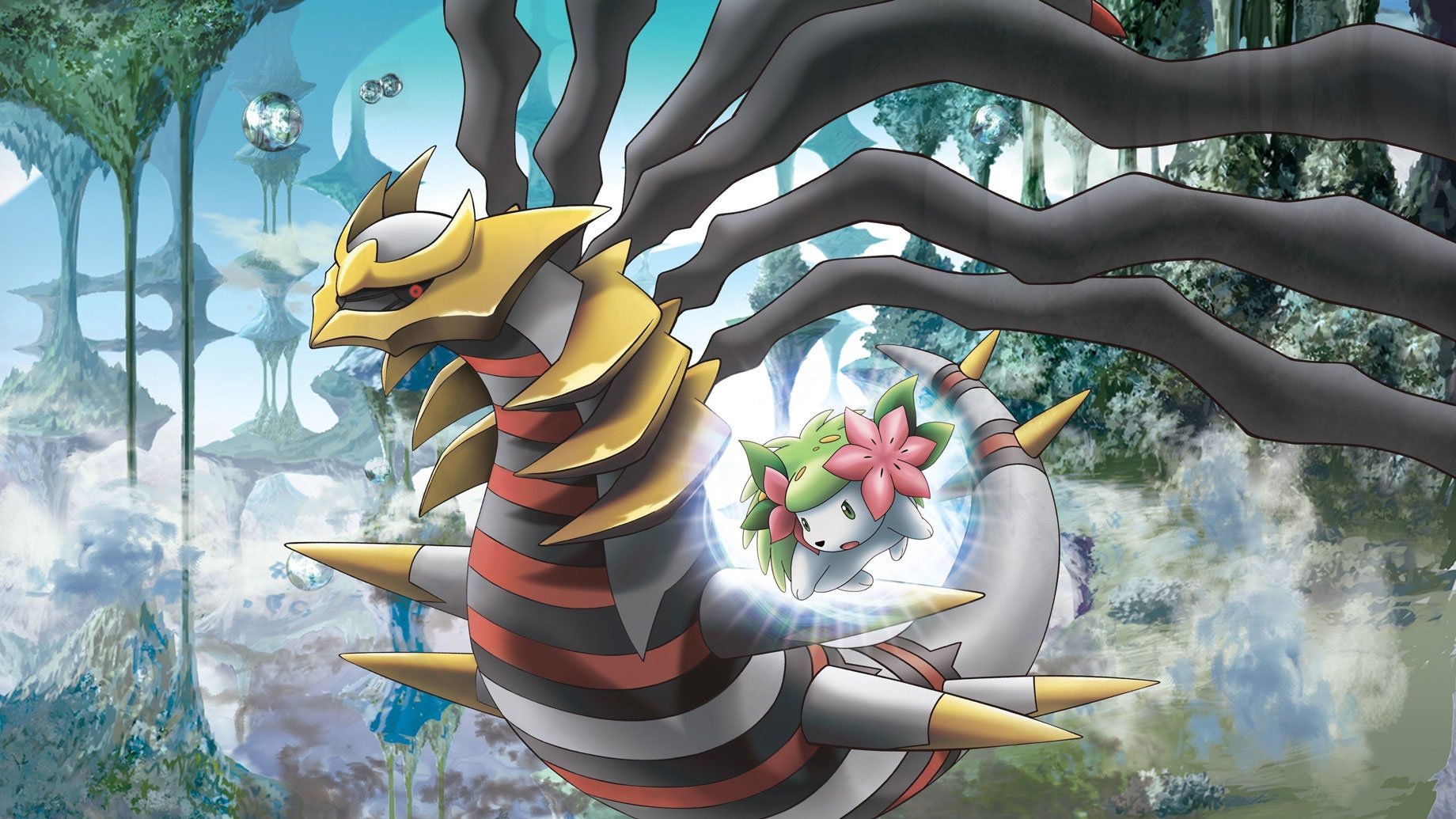 Hey Trainers,In a recent update, there were sections datamined for form changing mechanics. Whether a minor aesthetic difference or a total stat overhaul, there’s no arguing that this isn’t a massive deal.

There are numerous Pokémon that’ll benefit from interchangeable forms, both for PvP and raid battles. Let’s take a look at them and see how different forms influence different Pokémon’s stats and performance.

Castform changes its form depending on the weather in battle, and this mechanic partially carries over to GO. However, the form is locked for it.

Being able to change between them means that you only need to power up one rather than four, which for a Pokémon that needs to be powered all the way up with a 75k dust secondary move would save you a ton. They all have identical stats, so they’re interchangeable at will for great league application.

Deoxys changes its form by coming into contact with a meteorite. In GO, the form is limited to which one you got from raids. Even with the ability to swap between the forms freely, Defence form is the only useful one. The only mild use is that you could use your Ultra League Defence form to add a bit of DPS to raids using the Attack form… though it has the bulk of damp tissue paper.

Shiny Deoxys is also currently limited to Normal form, so you could get the other forms as shiny by changing it.

Cherrim’s default form is its Overcast form, changing into Sunshine form when it’s sunny. The only difference in GO is that Sunshine form has Weather Ball Fire, and is, therefore, better by default. Being able to change Overcast into Sunshine would make it significantly easier to obtain a high ranking Sunshine Cherrim for PvP since usually it’s weather boosted.

Rotom changes forms by possessing different appliances, or by using a catalogue in Sword and Shield. In GO, only Wash Rotom has been made available via snapshots for GO Fest ticket holders. All the appliance forms have the same stats as each other, so you only need to build up one Great and Ultra league Rotom.

Wash and Frost both have the powerful yet slow attacks Hydro Pump and Blizzard, while Heat has Overheat. Fan has Air Slash instead of Thunder Shock, to its detriment, and Mow has the same moves as base Rotom due to Leaf Storm not being in GO currently.

Heat is probably the strongest in terms of moves, with Thunder Shock giving it the speed to fire off 2 Overheats in sequence then switch away to remove the attack debuff. Electric/Fire is a dangerous typing, however, being weak to Water, Rock, and doubly weak to Ground, all of which are popular Great League typings. It’s unfortunate that Levitate, an ability Rotom has that gives it a ground immunity, isn’t in GO.

Altered Giratina is the default, changing into Origin Giratina if it holds the Griseous Orb or is in the Distortion World. In GO, they’re limited to which one you raided.

Both have a solid place in Master League, so being able to swap between the two at will saves a lot of dust and candy. You can also turn your Master League Altered into Origin if Master League is out of rotation and there’s a psychic type raid boss you want some help with.

Both forms have had their shiny released in raids separately, so if you were unlucky with one form you can change either form into the one you want.

Shaymin changes into its Sky form when you give it the Gracidea flower. It changes back at night, when it’s frozen, or when it’s deposited into the PC box. Shaymin is unavailable in GO currently.

Both forms of Shaymin have really bad fast attacks and no coverage. If you somehow get grass Hidden Power, Sky form’s higher attack makes it a top-ranking Grass attacker. However, you’ll likely only have one shot from research to get it, and all other typings of Hidden Power are, at best, niche.

Arceus changes its typing depending on what plate it’s holding. The type of its signature move Judgement also changes to match. Arceus isn’t available in GO yet.

Arceus can match its type to Ghost, Dragon, Psychic, Steel or Normal to give one of its moves the same type bonus, or to make its defensive type whatever you need, like Fairy to counter Dragons in master league or Flying to counter Groudon. It’s a case-by-case thing.

Darmanitan turns into its Zen form if it has the Zen Mode ability and its health drops below half. Standard Darmanitan is available in GO, but Zen isn’t yet.

Zen Darmanitan trades a paltry 20 attack for nearly double the defence, making Darmanitan much less glassy. It also has a pretty great movepool for PvP, which the extra bulk will let it actually survive. Standard form’s extra attack may make it better for short personing or soloing raid battles, especially ones where every second counts.

Galarian Darmanitan has the same requirements as its Unovan form, turning into its Zen form if it has the Zen Mode ability and its health drops below half. Galarian Darmanitan is available in GO from 7km eggs, and it’s Zen mode is currently unavailable.

Therian form has a little more defence and a little less attack, making it a bit more bulky in Ultra League PvP. It’s not a major difference, but it will help a little bit. Air Slash and Hurricane need a buff, frankly.

The extra attack makes it a formidable Electric attacker, although the lack of Wild Charge or Thunderbolt holds it back a little. There’s not a lot to talk about.

Therian form Landorus is a strict upgrade to Incarnate in GO, making it among the best Ground and Rock-type raiders, even without STAB on the latter. Master League also gets rocked by its amazing coverage, letting it beat a majority of the meta staples.

Kyurem can be fused with Zekrom using the DNA Splicers to become Black Kyurem, or fused with Reshiram to become White Kyurem. Kyurem is available in GO, while its Black and White forms aren’t currently.

Suffice to say, Normal Kyurem is a disappointment. If it had gotten Icy Wind, it’d at least have a fun niche. As is, it’s bad.

Black Kyurem, on the other hand, is probably the best non-mega non-shadow Dragon-type raid Pokémon. With the stellar set of Dragon Tail and Outrage, its moves are top of it’s class. Shadow Claw, Iron Head and Stone Edge also make it an amazing contender in Master League.

White Kyurem has objectively worse charge attacks than Black Kyurem and even base Kyurem.

Meloetta changes its form when it uses its exclusive attack Relic Song in battle. Neither form is in GO yet.

Meloetta in its Aria form has a pretty balanced stat set and a decent movepool for both raids and PvP. Its type is also strong, with it’s Normal typing covering Ghost and its Psychic typing covering Fighting.

Meloetta in its Pirouette form takes on more offence-based stats and changes it’s typing. Its fast attacks could use a little work, but it has strong charge moves for PvP. With Quick Attack and Hyper Beam, it’s probably the strongest normal type attacker for raids… if that means anything.

Genesect changes its form depending on what Drive it holds; Burn, Shock, Chill, or Douse. This changes the typing of its exclusive move Technoblast. Normal and Burn Genesect have been made available in GO, the latter learning fire-type Technoblast as a special move. The rest aren’t available yet.

Technoblast is a powerful charge attack in PvP, and being able to switch between the forms allows you to pick whatever coverage you want for your team.

There’s a handful of other Pokémon with interchangeable forms, but they’re mostly just aesthetical.

Burmy changes its form by battling in certain environments. This dictates what Wormadam form it evolves into, but only if it’s female.

The Deerling family changes its form by being in your party when the season changes in Black, White, Black 2, and White 2. The forms are unchangeable in later games.

Keldeo, a Unovan mythical, has its Ordinary and Resolute forms. The only difference is that the latter has the exclusive move Secret Sword.

Although the methods are unknown as of now, Form Changes should be quite the game-changer for certain Pokémon. At the very least, it’d save some raid passes! It’s been a much anticipated feature since Castform’s introduction, and Sinnoh went and added a whole bunch of Pokémon with multiple forms. Better late than never, of course.