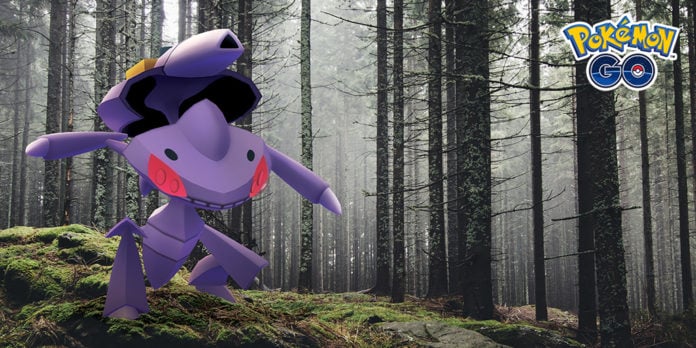 A Drive to Investigate (Genesect Special Research) is a ticketed story event that takes place from March 20 to March 26 2020. The ticket costs US$7.99 (or the equivalent in your local currency), not including any taxes or fees, and can be purchased in the shop.

The Special Research story event “A Drive to Investigate” has been designed to be playable without group gameplay. This page contains all information needed to complete the story event.

A ticket to this Special Research story event grants you access to a unique experience! This event comes with the opportunity to access or earn the following.

Credits for the storyline go to PokéMiners. 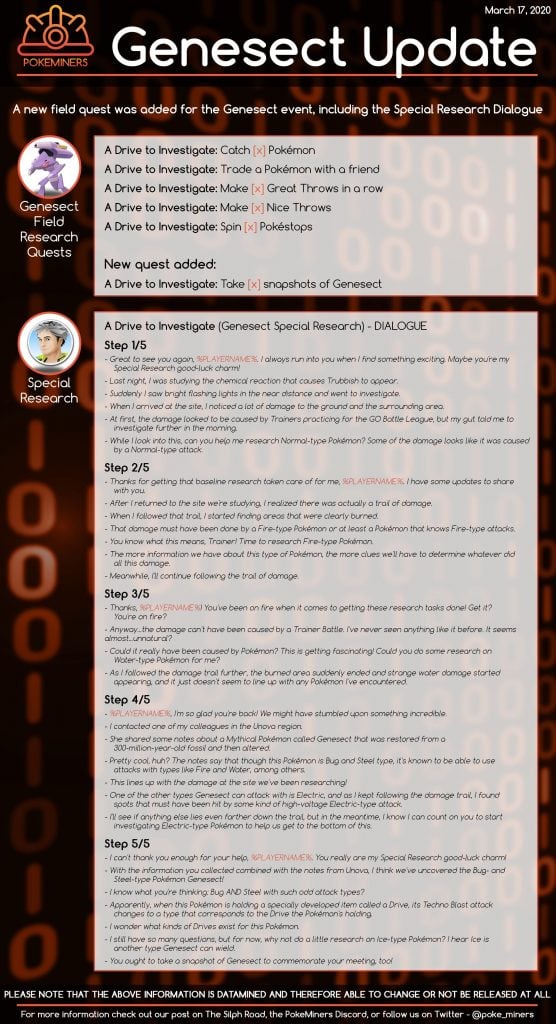