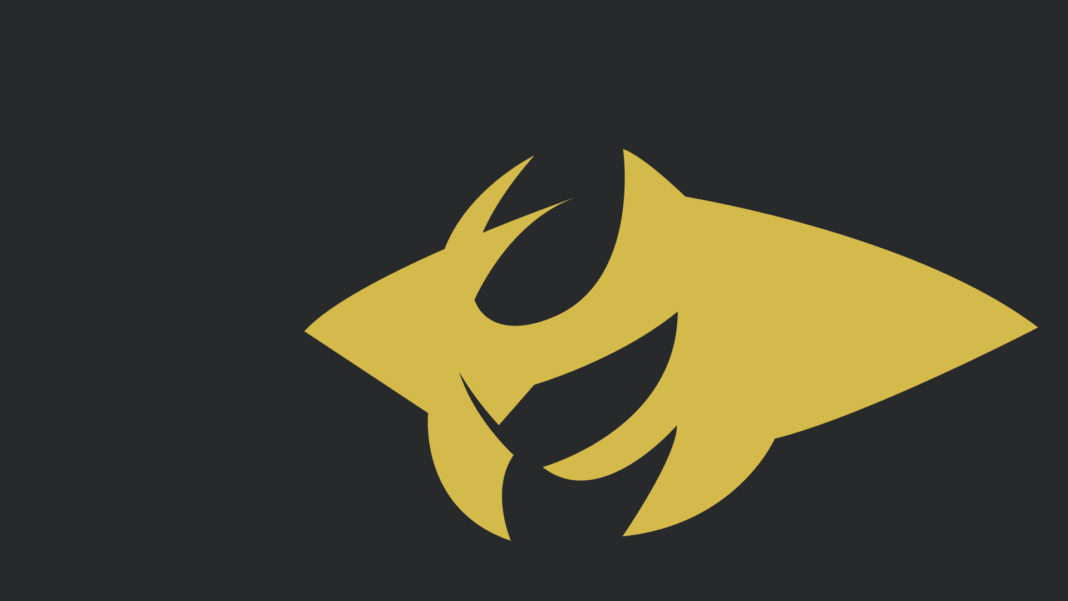 Altered Forme Giratina returns to Tier 5 Raids as of September 23rd at 1 PM PDT through October 17th at 1 PM PDT. To help you build your best possible team of counters for your battles with the Renegade Pokémon, we’ve put together our ever-popular Heat Map.

Famous from FLW Videos produces excellent videos showing how to use our Heat Maps. Please check them out and apply the method to your own Counters!

Most Raid Boss counter lists assume that you have maxed out versions of each of the Pokémon on it, but in reality, the majority of people do not. With our Giratina (A) Heat Map, however, you can identify whether a lower level Pokémon will do more damage to the Raid Boss than a higher level one, due to it having a better and more effective moveset. An excellent example of this is how a level 30 Salamence with Dragon Tail and Outrage will do more damage to a Giratina (A) Raid Boss than a level 40 Salamence with Bite and Draco Meteor (given the same amount of time).

There are several different methods for ranking Raid Boss counters, but the one we’ve selected to use is TTW, which stands for ‘Time-To-Win.’ This metric tells you which Pokémon would potentially beat the Raid Boss in the shortest amount of time, so if you’re short of Trainers, this will give you the best chance of beating Giratina (A) before the time runs out. Not only that, but doing more damage can mean more Premier Balls with which to try and catch the Raid Boss!

So to supplement our Altered Forme Giratina Raid Guide, here’s our Heat Map. Below, we’ll explain how to read and use the Heat Map to get the most out of your Raid squads: 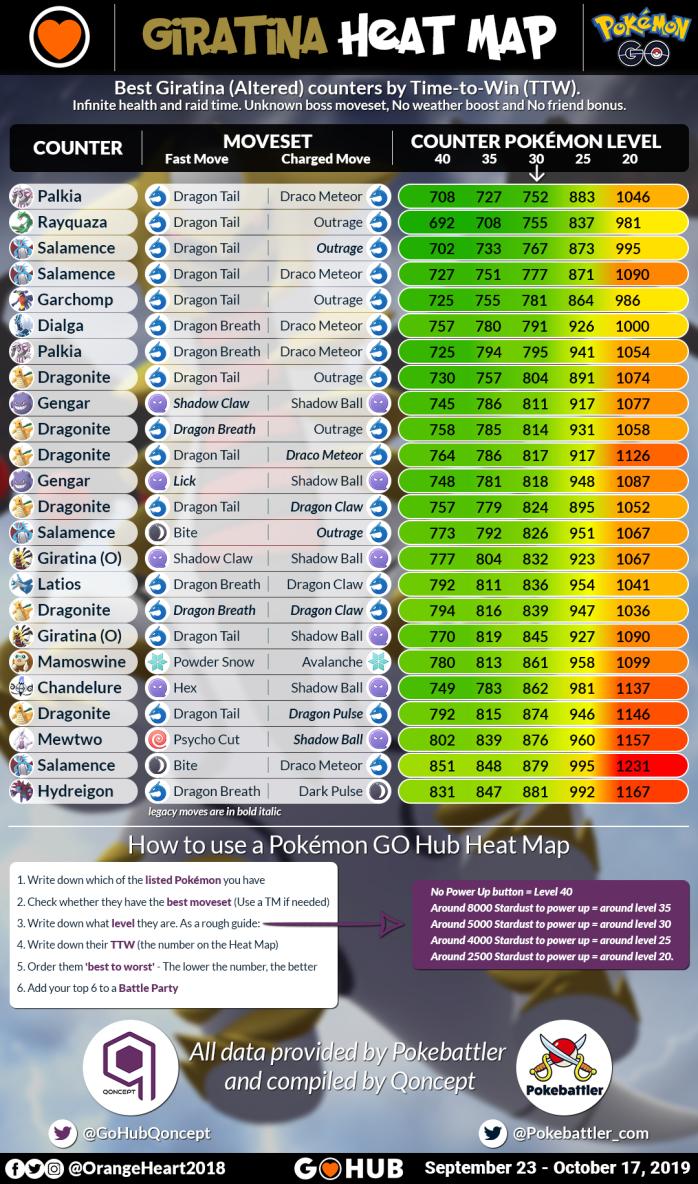 Now write down their TTW, as stated on the Heat Map. As an example, we can see that, against certain Raid bosses, Tyranitar with Bite and Crunch has a TTW of 787 seconds, at Level 30:

Once you’ve done all of this, you can identify your most optimal counters for Giratina (A) by ordering them all by their TTW (the lower the better).

When you’ve ordered your Pokémon from lowest TTW to highest TTW, add the best 6 to a Battle Party. Referencing the CP you noted down earlier can help with this so you don’t get mixed up between other Pokémon of the same species that have other movesets.

Best of luck in your battles with Giratina, and if you have any feedback, suggestions or changes you’d like to see in our future Raid Boss Heat Maps, please Tweet @GoHubQoncept or join us on the GO Hub Discord and tag @Qoncept with your comments.