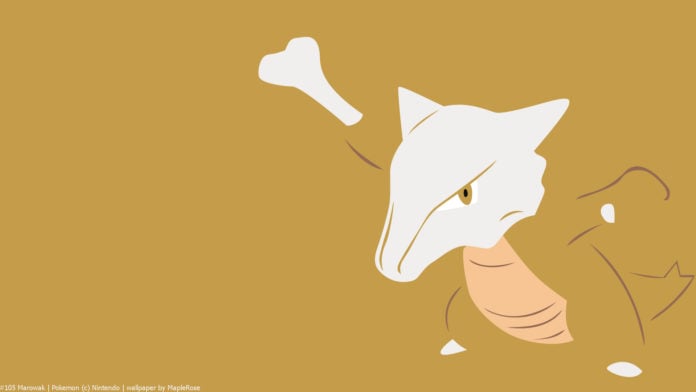 Marowak is back as Tier 4 Raid Boss in Pokémon GO, but this time in it’s less interesting Kanto version. Best Marowak Counters in Pokémon GO are strong Grass, Ice, and Water-types such as Kyogre, Mamoswine, and Rosarade. Marowak has a Raid Boss CP of 21385 and can be caught with the following CP Values:

The best case scenario for Marowak is a manageable duo with full teams of Kyogre or Mamoswine, with Best Friend boosts. If you raid during Sunny, Rainy or Snow weather, duoing should be fairly easy with the right high-level counters. Ideally, use 3-4 high-level players, or 5+ lower leveled players when fighting this raid boss.

This guide lists the best counters, forme stats, and which moves Marowak can have in Pokémon GO. For our Simulator’s list of counters, check here. For a full Marowak IV chart, you can check here.

Rock Smash can do Super-effective damage to Ice-type Pokémon, but apart from that Fast move, you have nothing to worry about.

Marowak is a Ground type that has the following stats:

I can’t think of a reason you would want to raid Marowak apart from it being a hard duo you want to try. It’s currently not even close to being meta relevant so you should hope that something else will hatch from that Level 4 Raid egg.