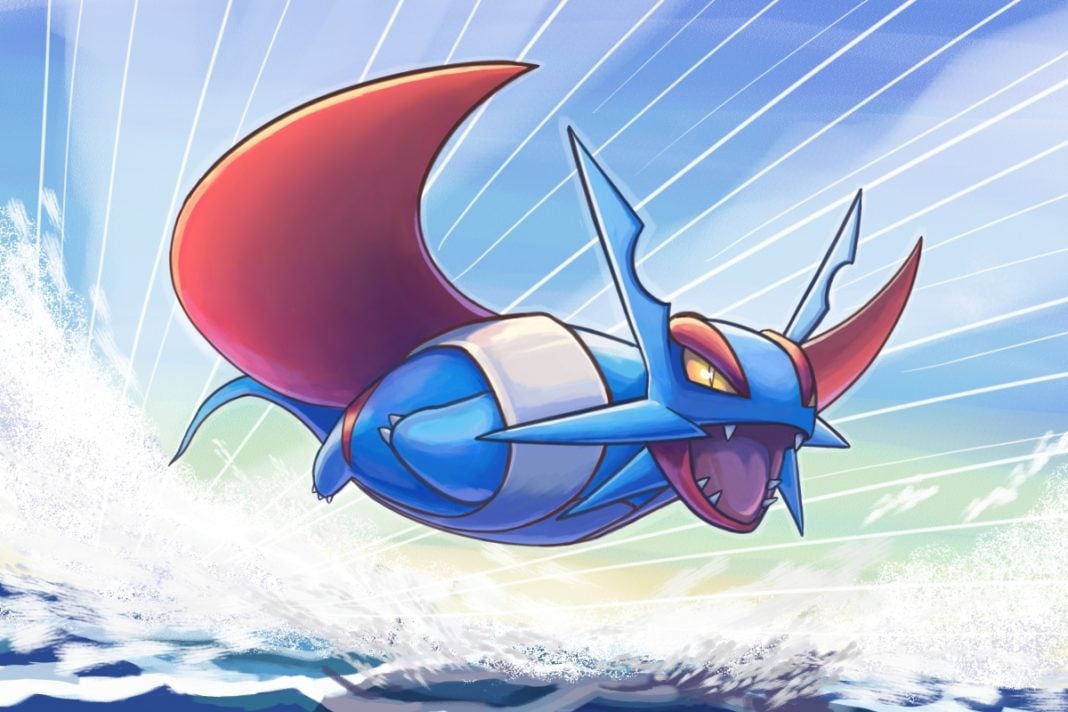 Mega Salamence is a Dragon and Flying type Mega Raid boss. Best Mega Salamence raid counters include powerful Ice types, as it has a 2x weakness to Ice, along with Dragon, Fairy and Rock types, with a mixed range of different counters available to help you defeat it.

Depending on your levels and counters, we would recommend 3-5 trainers who are high level, and more if you don’t have optimal teams. This guide will tell you how to beat this terrifying Mega, as well as its optimal stats, moves and CP range.

Let’s check out the top raid counters for Mega Salamence:

*Denotes a Legacy Move, only obtainable via Elite TM.

How to Get Mega Salamence

You cannot catch Salamence in its mega evolved form from the raid. The mega raid boss is always catchable in its base form and as such, the CP ranges are for a regular Salamence.

Salamence can be caught with the following CP values:

In order to get Mega Salamence you will need 300 Mega Energy for the initial evolution, then 40 Mega Energy to evolve the same Salamence again in the future. If you wait for their ‘cooldown’ period to end, Mega Evolution is free. This cooldown period is shorter the higher mega level your Mega Pokémon is. Mega Energy can be obtained via Mega Salamence Raids, and once you have evolved Mega Salamence, you can earn 5 Mega Energy per candy while walking it as your buddy. You can walk any Bagon, Shelgon or Salamence to earn Mega Energy, as long as you have previously evolved one to register it to your Mega Pokédex.

Like all Mega Raid Bosses, you can catch the shiny version of Salamence from a raid.

Mega Salamence is a beast, which at level 40 hits 5031CP, and at level 50 maxes out at 5688CP! It will be one of the top tier Mega Dragon type Pokémon, beating out both Mega Latios and Mega Latias. It will only be surpassed by Mega Garchomp and Mega Rayquaza when they are eventually released in GO.