Trainers, date for October Legendary Raid Hours have just been announced! It seems like the Legendary Raid  Hour is here to stay on a weekly after work schedule.

We’re excited to announce that there will be 6, yes 6, Legendary Raid Hours taking place in October! For one hour every Wednesday evening, Raid Battles with the currently featured Legendary Pokémon will happen more frequently. In addition on Tuesday October 8th, the Makeup Raid Hour for Psystrike Mewtwo will take place. This means there are two Raid Hours two days in a row!

As always, Raid Hour events should be farmed heavily, especially the Mewtwo Makeup Day. Furthermore Giratina Candy can be stocked up if the Origin Forme comes out Shiny. good IVs, more is always better with these Pokemon. 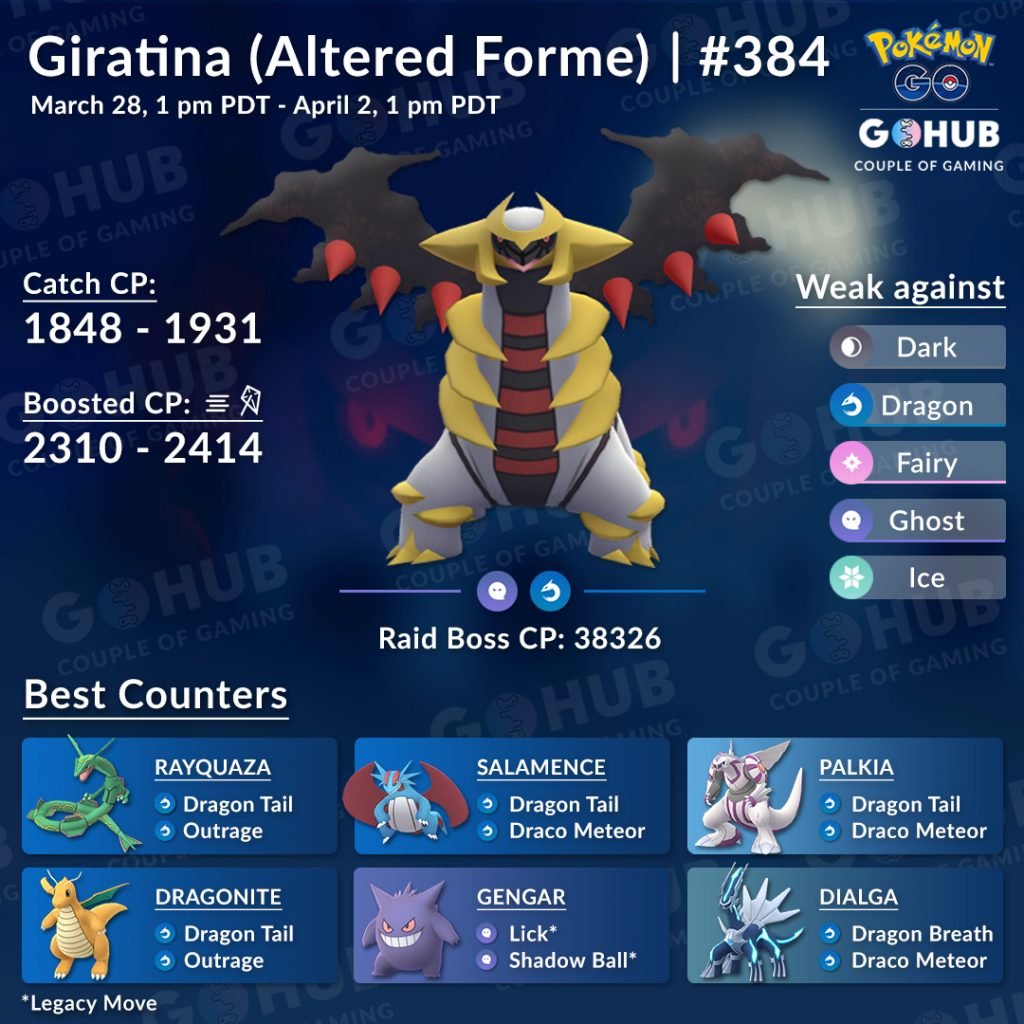