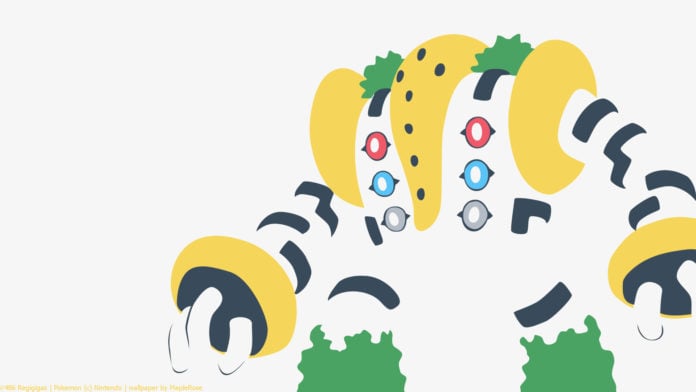 Regigigas is a challenging trio raid, requiring Cloudy weather conditions, Best Friend bonus and high level counters to pull it off, at least for the majority of players.

It is possible that some of the Elite Players of the world may be able to pull of a Regigigas Duo, but until that day comes, just stick to 3 for best results!

Our Regigigas counters are solely derived from simulations run on the Go Hub Simulator. Simulations are always ran with level 30 Pokémon against a Tier 5 raid boss, averaging all move sets and simulating lag and rejoining. Results will vary for different raid boss move sets.

The lower you go on the list, the weaker the counters, and the more overall players you will need to take Regigigas down. Remember to use your best Pokémon first, and that reviving that team is usually better than a B team, especially in close conditions.

Regigigas got a full revamp of its moves before it was released, all for its benefit! It has a STAB Charge move now! But what does that mean for you, the raider? Zen Headbutt hurts the fighting types that you are going up against this boss with, as would a Hidden Power Psychic or Flying (HP Fairy does not exist).

All of Regigigas’s charge moves take 100 energy to fire off, so one will not be more ‘spammy’ than another. However, Giga Impact has a massive base power of 200, paired with STAB, making that a pretty powerful move to go up against! Luckily, none of the charges will be hitting Fighting types super-effectively.

The weather has a huge influence on battle, try challenging Regigigas in Cloudy weather for a easier battle!