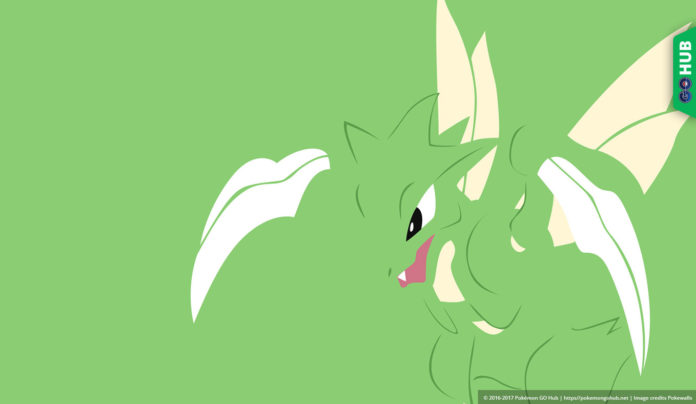 Scyther solo raid can be completed around level 20-25, making it one of the easiest Tier 3 solo raids to complete.

Scyther is a Bug and Flying type with a Raid Boss CP of 19014. Generally easy raid boss to defeat, can be beat around Level 20-25.

Written by Kristy, edited by Pro.

Scyther is weak to Fire, Electric, Flying, and Ice type moves, and doubly weak to Rock type moves, so utilizing those are of top priority. Below is a list if the best counters to solo raid a Scyther with.

Air Slash and Aerial Ace is the easiest move set to go up against.

You would think that its dual STAB Flying moveset would be the most difficult, but in fact the moves provide your quickest time to win, through a combination of building your energy bar quickly, and your Rock types resisting it.

Below is a table illustrating this: