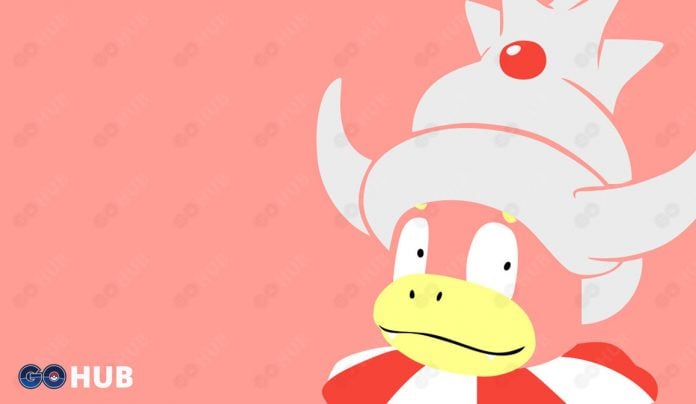 Slowking is a new tier 3 raid boss in Pokémon Go with a raid CP of 16086.  As a dual Water and Psychic-type Slowking is weak to Bug, Dark, Electric, Ghost, and Grass with resistances to Fighting, Fire, Ice, Psychic, Steel, and Water.

Slowking can be soloed fairly easily provided you have the right counters.  Such as Mega Gengar, Mega Gyarados, Mega, Darkrai, and Zekrom just to name a few.

In this guide, we’ll cover the best counters, their stats, moves and CP range.  Everything you need to know about Slowking.

Keep in mind when you are reviewing these counters that Pokémon like Gengar, Chandelure, and Venusaur are weak to some of the STAB moves that Slowking has.  So if the Slowking has psychic moves you might want to steer away from the Ghost types, and if it’s packing Fire Blast leave Venusaur on the bench.

Slowking can be caught with the following CP values:

Slowking has the following stats in Pokémon Go:

As it is quite evident, Slowking doesn’t have the greatest stats.  It’s bulkier than it is strong.

Confusion is an extremely hard-hitting STAB move with low energy gains and as I mentioned above, it will rip through your ghost types.  Dark types on the other hand will resist it.

Water Gun isn’t as strong as Confusion but charges quicker and is largely unresisted by your counters.  It will do a number on Houndoom though, so be wary.

Water Pulse is a 2-bar STAB charged move that can be fired off frequently if Slowking also has Water Gun.

Psychic is also a 2-bar STAB move and can deal significant neutral damage.

Fire Blast lacks STAB and with Mega Slowbro’s relatively lower ATK stat, it shouldn’t really be concerning to anything but Grass types.

Shinx is a Tier 1 raid boss in Pokémon...