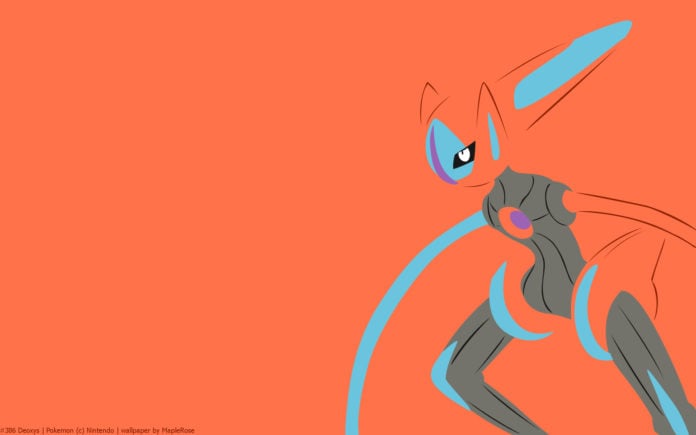 Speed Forme Deoxys has a Raid Boss CP of 45802, can be caught with the following CP Values:

SF Deoxys can theoretically be duoed by high-level Gengar teams in Fog weather with Best Friend Bonuses. Besides that challenge to strive for, this is a rather middle of the ground Deoxys Forme, it isn’t a pushover like Attack Forme and not a monster like Defense Forme. Ideally, you should attempt a Speed Forme Deoxys with 4-8 high-level players, and 9-20 lower level players.

For our Simulator’s list of counters, check here. As well, for a full IV chart, you can check here.

Speed Forme Deoxys raid counters are very similar to the previously listed Forme counters, so you should already have some of these powered up by the time you face this Forme of Deoxys. A table that compares Time-to-Win and Death Count is available below; however, this is a formatted list to show and explain the top counters in realistic situations. 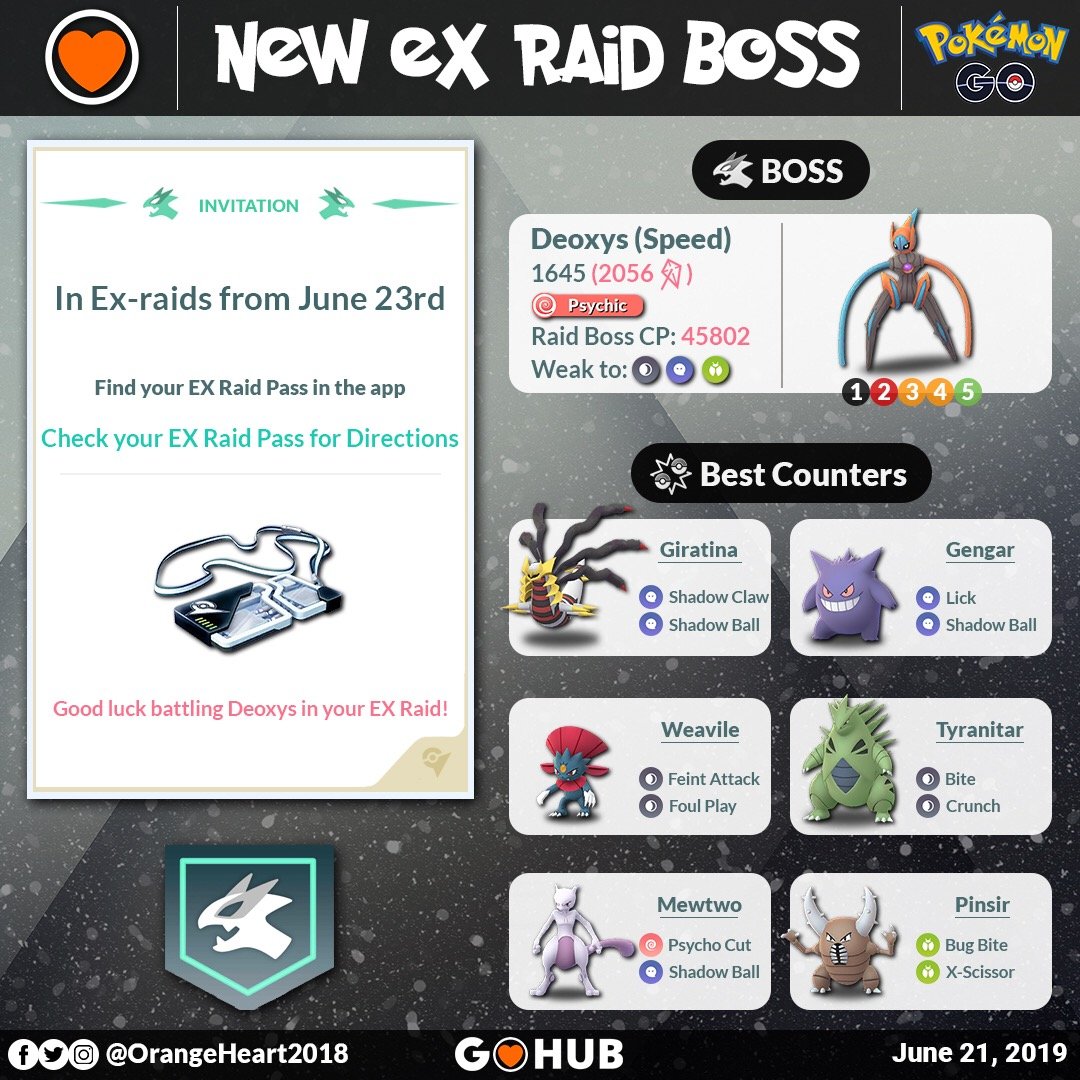 Here’s how Deaths and Time to Win look like when fighting a Speed Forme Deoxys with all moves averaged out (output via GO Hub database):

As of now, these are the moves that Speed Forme Deoxys has access to in the Game Master:

Its moves are rather lackluster and will not do serious immediate damage to your Pokémon. Mainly, be on the lookout for Psycho Boost, as that will destroy any Gengar you have on the scene. This is a battle against time, not against Deoxys itself, because the bulk of this Forme is what makes it difficult.

If you do not have access to any of the listed counters above, the following will be more serviceable than any Aggron you could throw its way:

Speed Forme is the most balanced of the Deoxys Formes. As previously stated, don’t expect something as hard as the Defense Forme, nor the easy solo that came with Attack Forme.