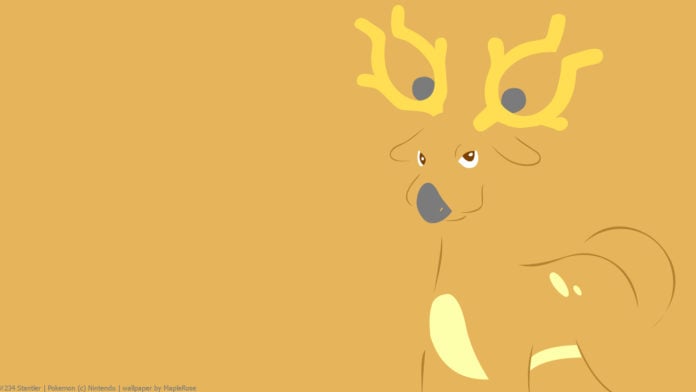 Stantler is a Tier 3 raid boss in Pokémon Go and is a part of the Pokémon Go Holidays Event: Part 1, running from December 16 – December 23, 2021. This raid boss can be shiny! During the event it will also be wearing a special holiday costume.

Being a pure Normal type, it is only weak to the Fighting type.

The best counters for Stantler are the following:

Tackle has STAB but is more of a tickle.

Zen Headbutt deals super-effective damage to your Fighting types but the lack of STAB and Stantler’s low ATK makes it less concerning.

Don’t worry about Stomp. The Fighting types resist it and it doesn’t do too much damage in the first place.

Megahorn is a 1-bar charged move but hits quite hard. Wild Charge is 2-bar and hits hard again. It is advisable o dodge these to make quick work of this buck.

Stantler doesn’t much much meta usage, but that shiny is gorgeous! Trainers with decent Fighting type powered up counters shouldn’t struggle too badly here, but lower level trainers with more budget options might want to pair up to ensure success.